To understand why Deku is Quirkless, we’ll probably have to think a bit more scientifically. Ever heard of Charles Darwin? Just kidding, we don’t have to go that far. I’m going to make some points to elaborate on why he is Quirkless. These points are based on the information provided by the anime.

WHAT IS THE CONCEPT OF QUIRKS?

My Hero Academia does establish the fact that “Quirks” was a recent genetic phenomenon. The superiority of these genes has made their presence and mark on the mainstream. Those with “Quirks” became the norm while the “Quirkless” would internalize shame for not being superhuman. The Quirkless kids are subjected to bullying in schools for being ordinary. In the world of My Hero Academia, 80% of the population have Quirks while 20% are Quirkless. Therefore, the Quirkless become the minority. The fact that All Might appears to put a facade in front of the world regarding his powers is a clear indicator of how society perceives the Quirkless. To think that the world’s number one hero isn’t “perfect” or is quite vulnerable like themselves is way too frightening for them.

WHY IS DEKU QUIRKLESS?

Usually, people with Quirks manifest it by the age of 4. Deku, unfortunately, is informed by the doctor that he is Quirkless. As understood by the anime, Quirklessness is a recessive genetic trait. In a circumstance where one parent is Quirkless and one holds a Quirk, the child will be born with a Quirk due to the dominant trait. But in the case of both parents having Quirks, there is a possibility of the child being Quirkless.

Will Lemillion Die? Will he regain his quirk?

The condition of having a double-jointed toe has been linked to being Quirkless -- which Deku has. In the course of evolution, the human body has developed and Quirk users have a body without the double-jointed toe. The known Quirkless people in the anime are Deku and All Might or Toshinori Yagi.

One might say his case is similar to that of All for One’s brother who seemed Quirkless but ultimately possessed the quirk of transferring quirks. Usually, a child is born with a quirk related to or similar to their parents. Deku’s father breathes fire and his mom possesses a weaker form of telekinesis. Deku mentions that he practiced breathing fire and telekinesis in hopes of manifesting his Quirk but was unable to. One can argue that All for One’s brother’s original quirk was a dormant one but did exist, unlike Deku.

THE THEME OF THE ANIME

Deku received his quirk when he was 15 -- which is way past the age for developing quirks. The Quirk he receives is the transferrable quirk -- One for All.

An important theme or element of the anime is what being a hero means. Deku, despite being Quirkless, works hard to become a hero. In a situation where even heroes lost hope, Deku jumps in to save a friend from danger -- an event that cements his fate as a hero. A person with Quirks does not automatically become a hero which explains the existence of the course of villains. A hero is defined by his actions and his passion to protect. Deku’s character development is marked by his determination, hard work, and perseverance against all odds. Therefore, Deku being Quirkless is quite symbolic and significantly so. For the mangaka to reveal a hidden quirk within Deku might seem shoddy unless a very valid reason is provided.

DOES DEKU HAVE A HIDDEN QUIRK?

Deku receives One For All from All Might to become his successor. The holders of One for All’s destinies are mapped out to fight the antagonist -- All for One. One for All was created when All for One’s brother received a quirk to stockpile power within his body which converged with his present quirk of transferring this. Therefore, as the generations go by, each holder also receives the power of their previous owners. If the mangaka does decide to reveal a hidden quirk within Deku, then it would be to recreate a situation similar to the original holder of One for All. So it would be possible for Deku to unlock the powers of One for All -- but let’s see.

It is revealed that All for One, the main antagonist for the anime, has the ability to steal Quirks -- rendering them Quirkless. Given the network and covert influence he has on the society -- it is possible that he has rendered a part of the population “Quirkless” at an early age. A popular theory based on the manga has been making the rounds that support this. Although if I cite the evidence used for this theory, it would spoil it for you.

But these reveals or theories if made canon would only make sense in a context that requires it. Maybe even as a plot armor. Within the timeframe and development of Deku in the anime -- we still need the hardworking and passionate Quirkless Deku with a Quirk.

Why is Deku Quirkless? A very simple answer to that is -- he’s an underdog. It’s natural for us to root for the underdog in the story. Especially an underdog who is as recklessly heroic as him.

My Hero Academia follows the life of Izuku “Deku” Midoriya, born Quirkless in a superhuman society and his passion to become a hero despite lacking superpowers. The structure of the society in this anime is based on the dichotomy of heroes and villains. Villains cause destruction in an attempt to disrupt the system and the heroes defend it. Society builds itself by shaping future kids to become heroes and develop a network of supporting systems for them. A normal kid with a quirk would aspire to join UA academy -- an honored institution for future heroes.

Here is everything you should know about the upcoming My Hero Academia Season 4. 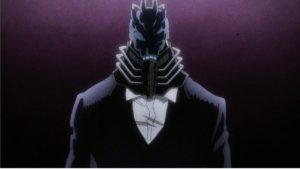 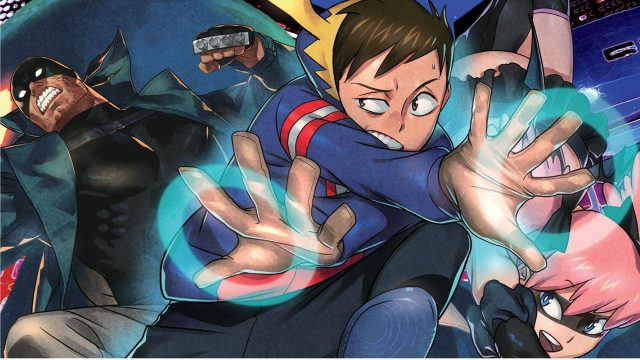