Every fandom comes with a truckload of ships, and My Hero Academia is no exception! The fandom is full of ships and pairings as any other fandom, given its popularity. Even so, the series has almost no romance, even 300 chapters in, except for Ochaco’s hinted feelings for Deku that come up from time to time.

That being said, the lack of romance definitely hasn’t stopped us fans from shipping characters left and right! The fandom has many overlapping ships like Denki Denki, who is shipped with both Jiro and Shinso. And, of course, as the protagonist, Midoriya too is victim to multiple ships and pairings (even some really weird ones that I’ll leave out today!).

Admittedly, Horikoshi tends to throw us fans a bone every now and then in the form of a cute, flustered Ochaco or a very concerned Jiro. However, I’m afraid we won’t be getting any serious, romantic development anytime soon.

My Hero Academia will most likely not have any romance since it’s a shounen action series. Moreover, the primary characters are all still very young– anything other than subtle hints could come across as inappropriate.

1. What Are Some MHA Ships?

Considering how preoccupied our young heroes are with becoming great heroes, most of our ships might sadly never set sail. Luckily, whatever your favorite ship might be, the internet is full of headcanons and edits to satiate the romantics in all of us!

That being said, here are some of the most popular MHA ships:

Let’s start with the ship most likely to sail by the end of the series! Midoriya and Ochaco’s flustered interactions hint that they will likely be endgame. The two are frequently a flushed, stuttering mess around each other and very obviously care a lot about each other too. Ochaco was also the one who rebranded Midoriya’s nickname ‘Deku,’ with the latter even choosing it as his hero name later in the series.

They both get along very well, trust each other, and definitely have feelings for each other. Midoriya getting red in the face just from talking to Ochaco over the phone and Ochaco literally panicking whenever anyone teases her about Midoriya are some of the most adorable moments I’ve ever seen!

Ochaco might’ve put aside her feelings right now to focus on being a hero, but I’m sure it isn’t the end for this ship just yet!

This ship is semi-canon, and I will die by this hill. Denki and Kyoka have always gotten along well, with Kyoka constantly poking fun at Denki.

That being said, this ship really caught the attention of MHA fans during the School Festival Arc, particularly when Denki said he could tell with a single look that music was a huge part of her life, making Kyoka blush madly. During the Paranormal Liberation War, Kyoka was even seen worrying about Denki since the two were separated and part of different squads.

This may not be a lot to go off right now, but I see this ship having a lot of potential!

Although Denki and Shinso don’t interact till the Joint Training Arc, this ship is just too sweet to pass by.

Many fans view this ship as a very pure one, with Kaminari possibly being one of the rare people to get along with Shinso without looking down on his quirk or fearing him. If Shinso were to join Class-A, this would undoubtedly be a reality considering Denki’s carefree nature.

We also know Denki definitely must think Shinso is attractive since, at one point, he comments on how Shinso must be popular with the ladies given his ‘popular guy’ face. Denki sure has a thing for purple hair!

Allow me to introduce you to my favorite Bakugo ship! Kirishima might be the one with the Hardening quirk, but it seems like Bakugo was really the prickly one– that is until he became friends with Kirishima.

Kirishima is one of the first people Bakugo got along with at U.A. The two have been friends ever since the USJ incident, and since then, the friendship between the two has continued to grow. Eventually, Kirishima could even playfully tease Bakugo about his hair when he returned from his internship with Best Jeanist. With time, Bakugo began to spend time with Kirishima and even came to care about him. My favorite moment of all time is probably Bakugo forcing Denki into his ‘Whey Mode’ after seeing Kirishima looking upset.

Honestly, It’s a shame it isn’t canon because I could go on forever about their wholesome relationship!

P.S.: Bakugo and Kirishima’s rooms are not only on the same floor but also right next to each other!

Todoroki and Midoriya’s friendship is one of my favorites of the series and a ship I can definitely get behind even though it’s fan-made.

Ever since Midoriya helped Todoroki embrace his quirk during the Sports Festival, the two have grown to be close friends. Back then, Midoriya cared more about helping Todoroki than winning the tournament and even encouraged him during his fight against Bakugo. Todoroki was quite cold to his classmates before, but he began approaching his classmates more after the incident.

Over time the two develop a very wholesome, supportive relationship, always showing admiration and excitement when either of them make progress with their quirks. Todoroki also seems to trust Midoriya a great deal. We all know how Todoroki rushed to help Midoriya during the Hero Killer Arc without knowing much about what was going on but trusting Midoriya fully. However, my favorite TodoDeku moment has to be Todoroki comforting Midoriya and offering him his soba when he was all worried about Eri.

Bonus: The two have an adorable moment of bonding over Midoriya’s All Might figurines in ‘My Hero Academia: School Briefs Vol.5!’ Midoriya offers to give him one of his rarest All Mights, and it’s the cutest thing to go down in history!

Shunned by half the fandom and adored by the other half, this post wouldn’t be complete without mentioning this very popular ship.

Everyone loves an enemies-to-lovers arc, I’m not going to lie, and this ship has a good amount of angst to sweeten the deal further.

Bakugo, having bullied Midoriya in the past, has the fandom torn with this ship. Yet, Bakugo has probably had the best arc in the series. He went from incessantly bullying Midoriya to understanding that he bullied him due to his own weaknesses, to encouraging Midoriya to get stronger, and finally, even sacrificing himself to save Midoriya from one of Shigaraki’s attacks.

Bakugo also showed a lot of concern for Midorya when he was unconscious in the hospital. Bakugo’s classmates had to physically hold him back from finding Midoriya’s room since he was injured himself.

Their relationship has come a long way from when they were kids, and I think I finally understand the BakuDaku shippers.

2. About My Hero Academia 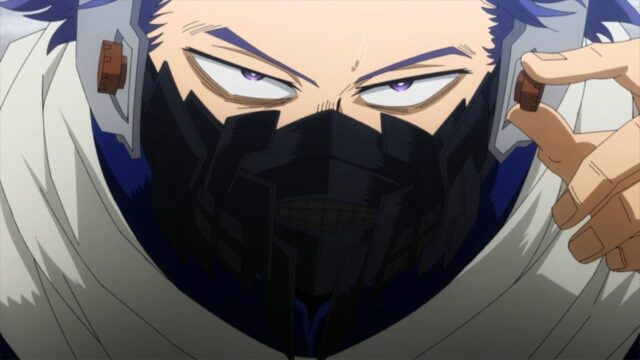