In the final episode of Hulu’s The Looming Tower, a mystery woman CIA agent walks into a packed courtroom, as a key witness in the 9/11 investigations.

Dressed in a black hijab to conceal her identity, the character played by Diane Marsh, is seated inside a dramatic black box of curtains from where she lies about her pivotal role in the intelligence failure that accommodated 9/11.

For those of you not old enough to have actually witnessed these courtroom trials as they unfolded in the newspapers and on C-SPAN, this scene and several others from the Hulu series, actually happened in real time.

There was a real life mystery CIA agent whose identity was secured on the pretext of her being an American spy in the Middle East.

Alfreda Frances Bikowsky sat in the courtroom that day, representing the CIA and was accused of keeping key information related to Al Qaeda terrorists, from the FBI.

The said information could have prevented these terrorists from sticking Boeings into each of the Twin Towers on September 11, 2001, saving over 3,000 lives.

For years, Bikowksi’s real identity was hunted down by journalists in America and abroad.

Until a couple of independent scribes traced her to the CIA’s Alec Station from 2001, she remained the Femme Mystique of American Intel.

That is Alfreda Frances Bikowsky for you, one of the best and worst kept secrets of the CIA.

Table of Contents
1. Who Outed Alfreda ‘Frances’ Bikowsky?
2. Mystery Woman of American Intelligence
3. The Queen of Torture
4. Other Avatars in American Media
5. About The Looming Tower

Nearly 10 years after the 9/11 attacks, independent journalists Ray Nowosielski and John Duffy created the audio documentary “Who is Rich Blee?” with an aim to unveil Bikowski.

The documentary was focused on how certain CIA officials blocked key information from reaching the FBI pre-9/11.

But soon after the announcement, officials at the Central Intelligence Agency traced them down and allegedly threatened their lives if the originals names were carried in the documentary.

While the agents succeeded in having the names redacted from the documentary, they could not prevent the Bikowski’s name from leaking online.

(The journos later claimed that their “webmaster” had posted an email containing the true identities by accident and the name has been internet rounds ever since!)

The name was, of course, Alfreda ‘Frances’ Bikowsky, a red-headed CIA agent who flaunted many identities including, ‘Frances’, ‘Rich Blee’ and ‘Queen of Torture’, among others.

Based on the 2006 book The Looming Tower by the then New Yorker journo Lawrence Wright, the eponymous Hulu adaptation basically asks one question – did the CIA stop the FBI from preventing 9/11?

While both the book and the film have tried to put all sides on the table, there is no denying that the territory wars of the FBI and CIA allowed for no-man’s-lands to creep up in favour of anti-American forces in the Middle East.

The unhealthy competition between the two intelligence agencies at a crucial time directly cost them 3000 American lives.

At least 18 months before 9/11, the CIA had intel on Al Qaeda operatives and Saudi natives Khalid al-Mihdhar and Nawaf al-Hazmi were planning to enter America.

However, Bikowski and her senior Michael Scheuer deciding against sharing this key piece of information with the FBI which was already sniffing a major terrorist attack on America.

During the post-9/11 investigations, at least two of her subordinates have alleged that Bikowski had given out orders to not share any information with the FBI in the months leading up to 9/11.

The Hulu show also builds up on this narrative where Marsh’s character is seen instructing the Alec Station team to ignore all requests from the FBI for information regarding key Al Qaeda operatives.

In fact a CIA staff operations officer, who was tracking future 9/11 hijacker Khalid al-Mihdhar, said that he was asked to cancel FBI agent Mark Rossini’s cable about the future 9/11 hijackers to his team headquarters, allegedly by Bikowski herself.

Rossini also called out Bikowsky’s statement to the congressional investigators in 2002 that she had hand-delivered al-Mihdhar’s visa information to FBI headquarters, as false.

This was later proven false by FBI log books as shown in the series as well. Even what info is shared is buried deep into a box full of irrelevant information of other terrorist outfits, by Marsh’s character in The Looming Tower.

3. The Queen of Torture

Long before her name was accidentally leaked online, Bikowski was a known figure in the American press. In 2008, Jane Mayer reported that Bikowsky held “a top post handling sensitive matters in the Middle East.”

In 2011, she was reportedly promoted to the head of the CIA’s Global Jihad unit and characterized as a “top CIA official,” as high up there as a military general.

However, this CIA secret agent was notoriously famous for her “enhanced interrogation” techniques (read torture).

The woman was named over 36 times in =the Senate Intelligence Committee’s report on CIA torture, and every single one of them was redacted.

She even testified before the committee that the use “enhanced interrogation” had saved hundreds of American lives and managed to remain a mystery.

Bikowski’s international fame was not far behind. A German human rights non-profit once filed a criminal plaint asking for a federal investigation of Bikowsky for the torture of El-Masri.

According to European Center for Constitutional and Human Rights, Masri was mistaken for a terrorist named al-Masri and even after realising the error, Bikowski had him renditioned to Iraq where he was held and tortured for weeks.

Now, remember that these are just the stories that actually made it into the news cycle!

4. Other Avatars in American Media

Bikowsky’s career and personality have been models for several female CIA agents over the years. One of the most memorable has to be Maya (Jessica Chastain) in the film Zero Dark Thirty (2012).

Even though believed to be a composite of several women who were involved in finding Osama Bin Laden, Maya takes a majority of her inspiration from Bikowski, considering her use of torture to elicit information from suspects.

Even in the Hulu series, The Looming Tower, she is depicted as one of the two people primarily responsible for the lack of intelligence sharing between the FBI and CIA in the lead up to 9/11.

In the film adaptation of the Senate Intelligence Committee report on CIA torture, The Report, a character played by Maura Tierney also has the air of Bikowsky.

She has also been known as the red-headed CIA agent in Jane Mayer’s The Dark Side for the longest time.

5. About The Looming Tower

This electrifying Hulu pre-9/11 mini-series is based on the Pulitzer-winning book by journalist Lawrence Wright.

Set in the months leading up to the horrifying terror attacks on New York’s World Trade Center, The Looming Tower attempts to explain what went wrong on that fateful day.

It puts forth a kew question – did the CIA stop the FBI from preventing 9/11?

The 10-part series explores the strained relationship between the two American Intelligence agencies and how America had to pay the price for their unhealthy competition with 3000 lives, including one of FBI’s own agents.

Based only partially on Wright’s 2006 book which was largely written through the Middle Eastern perspective on the war against America, the adaptation takes a closer look at the CIA and FBI agents instead.

From their familial lives to their relationships and religious affiliations, the series brings a whole new humane perspective to a very inhumane event.

Criticised for their hindsight bias, both the book and the series allegedly put all the blame on the strained FBI-CIA relationship while there could have several other factors at the time.

The series is a must watch, especially for conspiracy theorists! 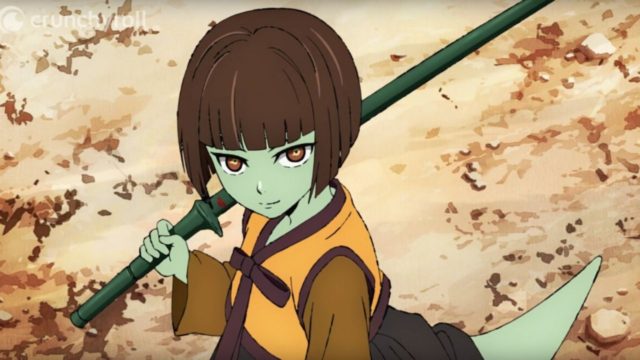 How many floors are there in Tower of God?