The Dragon Ball franchise boasts a wide collection of games available for its fans, with Dragon Ball Xenoverse 2 and DBZ Kakarot holding the title of being one of the most beloved games in the series. However, since both of the games seem to be more or less similar, it’s natural to feel conflicted while making a decision to purchase any one game.

This leads us to the ultimate dilemma: Which game is better and which one should I play?

To understand how DBZ Kakarot is better than Dragon Ball Xenoverse, I compare the numerous aspects present in both games in this article.

Which one is better? Dragon Ball Xenoverse 2 or DBZ Kakarot?

To understand the gaming experience of both Xenoverse 2 and DBZ Kakakrot, we can compare various aspects of the game.

Kakarot’s combat is relatively beginner-friendly since the player has to only dodge, guard, and counter the attacks of their opponents. Spamming combos will ensure an easy victory for you.

However, offensive options are quite limited in the game. You can either perform melee attacks or Ki attacks, which will use your Ki gauge.

Furthermore, the leveling-up system for each of the characters is quite rigid and underwhelming since you can’t level up characters beyond a certain point to match the progress you have made in the story.

On the other hand, Xenoverse 2 requires its players to time their attacks by using their super attacks, melee attacks, and Ki attacks depending upon the response of their opponent.

The game also offers you a wider range of combos compared to DBZ Kakarot as well as unique transformations depending on the race you have chosen for your warrior, such as the exclusive Golden Frieza form for the Frieza race.

Even if Kakarot’s combat is much more challenging than Xenoverse 2, the sheer diversity and complexity present in Xenoverse 2’s combat style make its gameplay outmatch DBZ Kakarot’s gameplay.

Which one has a better combat style? Dragon Ball Xenoverse 2, since it has more diversity in its attack skills compared to Xenoverse 2.

Xenoverse 2 and DBZ Kakarot might be different games but they follow more or less the story of Dragon Ball Z. What makes them so different from each other is how they execute the plot, as well as how much story content they provide.

DBZ Kakarot expands on the original Dragon Ball Z story through a bunch of side quests that involve collecting Dragon Balls, fishing and hunting, collecting rare items and orbs from all over the world, participating in car races, and exploring the huge, colorful maps of the open world.

The filler content available through these quests gives more depth to the main cast. It answers the questions burning in the back of the minds of DBZ fans that the anime and manga never answered, such as ‘Why are Saiyans born with tails?’ or ‘What happened to Krillin’s budding romance with Android 18?’

You experience Xenoverse 2’s story through a first-person point of view, by creating your own character that belongs to Saiyan, Human, Majin, Namekian, or Freeza race. We get to see new movie villains such as Beerus and Broly as well.

However, your customized character doesn’t really affect the entire story, save for a few remarks the main cast and opponents say to you pertaining to your race or armor.

Which game is better story-wise? Both of them are equally good, however, Kakarot offers more story content through its side missions than Xenoverse 2.

Just as the story and gameplay of a game are important, so are the graphics. For many gamers, the graphics of a particular game compels them to purchase the said game immediately.

Every major battle in DBZ Kakarot is accompanied by long, meticulous cutscenes that rival the animation of DBZ anime itself. You can witness every single strand of Vegito’s golden hair move against the force of his aura or you can watch Super Buu get disintegrated into a million stars as he dies.

Every punch that Goku lands can be felt by the player as the surroundings of the character get affected when a character smashes a rock or falls from a height. The color palettes of Kamehameha waves, Galick Guns, and Special Beam Cannons really pop through during the fights.

Xenoverse 2 attempts to provide a presentable art style to its players by mixing up the original art style of Dragon Ball manga and anime to stay true to its source material, but it doesn’t provide anything novel.

There is lesser fluidity in the visual movement of characters during the fight, and we don’t get to see the transformations of AI-controlled characters.

So, which game has better graphics? DBZ Kakarot does, since it uses the latest cell-shaded style for its graphics compared to the old-school graphics of Xenoverse 2.

Though the opponents of Xenoverse 2 are fairly easy to deal with, it’s impossible to beat the more difficult bosses unless you get the help of other players. Xenoverse 2 gives you the opportunity to fight enemies with your friends, and explore the open world together with them.

Even if this multiplayer mode is enjoyable, many players have complained about the game lagging when they play with other players.

Kakarot doesn’t have a multiplayer mode, which means you have to go against tough bosses such as Cell and Majin Buu all by yourself. Despite the game placing an emphasis on open world exploration, you can’t explore the world with your buddy in tow.

Kakarot only offers its players the function of an in-game forum where they can talk with other players regarding the game story or ask for some advice.

Xenoverse 2’s enemies are difficult to beat by yourself, leading to harder battles. The game, hence, encourages you to co-op with other players to beat them together. It becomes even easier to clear the battles once you figure out the attack patterns of an opponent, since the AI intelligence is relatively simple.

On the other hand, Kakarot is a single-player game, so you have to deal with the enemies all by yourself. Furthermore, the AI intelligence is more complex. They change their attack patterns every few minutes and boost each other’s attacks as well as heal themselves when you are outnumbered.

Though both games are easy to play, Kakarot challenges its players much more compared to Xenoverse 2.

After comparing both the games, we can say that DBZ Kakarot has something which Xenoverse 2 lacks: a compelling story with loads of side quests, amazing graphics, and a combat style that can be understood even by a newbie, making DBZ Kakarot a clear winner here.

If you wish to challenge yourself and want to play something more aesthetically pleasing, go play DBZ Kakarot. However, if you want to simply kick back and enjoy a game with your friends from the fandom, go with Dragon Ball Xenoverse 2!

How many hours long is Dragon Ball Z: Kakarot?

If you focus on only the main objectives of the game, the game lasts for around 30 hours and 30 minutes. However, if you are an all-rounder who likes to experience every aspect of a game and finish every side mission, then it might take you up to 54 hours to achieve the 100% mark.

On what platforms can you play Dragon Ball Xenoverse 2?

Will there be Dragon Ball Xenoverse 3? 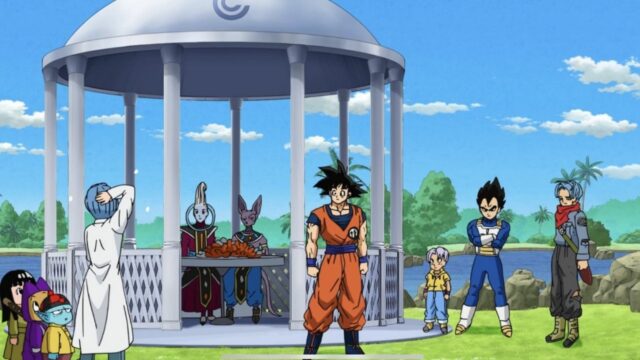 Which manga, anime, and films are considered canon in Dragon Ball?