The definition of a miracle is ‘an event that is inexplicable by scientific or natural laws and is therefore attributed to a divine agency’. Radiant has consumed that definition and moulded it into a construct of its own within the world.

The ‘miracles’ in the show itself is mysterious and inexplicable – it is unknown how it originated. This article attempts to gather snippets of information regarding these miracles scattered over the horizon of its story and create some sense of this phenomenon.

A miracle is the unique power gifted to the Thaumaturges – a subsection within the military organisation Inquisition.

Miracles are powers or magic used explicitly by the Thaumaturges – a special faction within Inquisition – and are also known by the name ‘Miracle Makers’. The title ‘Miracle Makers’ could be a double entendre with the users being able to perform miracles through magic and they being the cause of their own miracles. But this is mere speculation as the origins of the miracles are unknown.

But what is known for a fact, is that the Thaumaturges are different from the Sorcerers. Because they did not receive their magic or miracle via exposure to Fantasia. The selection process or criteria for the faction Thaumaturges is unknown. The only known fact is that it is reserved for elected officials irrespective of rank within the organisation.

What Is Seth’s Curse?

It has been established that the organisation is filled with members with miracles. Now, it is unknown whether the miracles were a precondition for membership or a consequence of it. These questions are worth keeping in mind.

Interestingly, the term ‘Thaumaturge’ is derived from a Greek word. Thaumatourgos which was used to refer to the Christian saints who performed the miracles of God. Therefore, thaumaturge is merely an indication of a miracle worker. It has also been established that the magic acquired by Fantasia and those of Miracles are different in terms of power.

The conclusion that one arrives from the fight between Seth and Torque – a Thaumaturge – is that Seth is unable to match with Torque in his normal mode. Even his Berserk Mode is less superior to Torque’s miracle. The potential or trajectory of power of magic and miracles have a stark contrast. The final known fact regarding miracles is that each member has a miracle unique to them.

3. What are the different Miracles?

The Thaumaturges faction of Inquisition currently has 7 members (that are known to us). They have not disclosed the nature of the miracles of all the members.

Dart Dragunov is a Captain of the Miracle Makers, the Thaumaturges. His miracle allows him to teleport where his arrows are shot. He makes use of a longbow and arrows.

Torque “The Beast” is a General of the Miracle Makers. His miracle allows him to nullify the Fantasia in everything he touches with his sword – dangerous to Sorcerers who fight him.

Ullmina Bagliore is a Commander of the Thaumaturges. Her miracle allows her to revive any living being in a certain area for a certain amount of time.

Liselotte is another Captain of the Miracle Makers. Her miracle allows her to control two of her swords over a distance where the swords mimic her own movements.

Santori “The Peak” is a Colonel of the Miracle Makers. His miracle allows him to create holograms of his own body which can instantly destroy anything upon contact.

Who is Piodon? Is he Seth’s Brother?

The miracles of Piodon and Von Teppes are unknown so far.

4. What is Inquisition and Thaumaturges?

The Inquisition is a military organisation that controls the region of Bôme. Despite their location, they do have a significant influence over the entire world of Pharenos. The organisation originated after the first appearance of the Nemesis, and its initial objective was a fight against witchcraft.

They were the only ones who were able to stop the infected sorcerers who got too powerful. In contemporary times, they do manage to recognise the works of Nemesis Hunters. Yet, they’re also responsible for the deep-rooted seated discrimination against sorcerers prevalent in the collective consciousness of people.

The organisation has slowly evolved into administrating other organs of power and exerting its influence. The organisation functions within a hierarchical structure in the form of ranks. The Thaumaturges are a special faction separate from the rest of the Inquisition officers. They’re elected officials who are selected irrespective of rank. Their communication and operations work within a strict chain of command and promotion is accessible through achievements and merit.

The ranks within the organisation are the following from the bottom to top: Soldier, Corporal, Adjutant, Major, Lieutenant, Captain, Commander, Colonel, General and Marshal.

In the world of Pharenos, Nemesis are demonic entities that fall from the sky and end up affecting human life upon contact. Humans are either vaporised on contact or their biological composition changes after survival, and thus, Sorcerers are born.

Seth is one such Sorcerer that survived a Nemesis attack. He does not understand the antagonist view of Sorcerers and their discrimination at the hands of humans and the authorities. Seth hopes to create peace amongst the wronged Sorcerers and the fearful humans by destroying the source of Nemesis – their lair, Radiant. 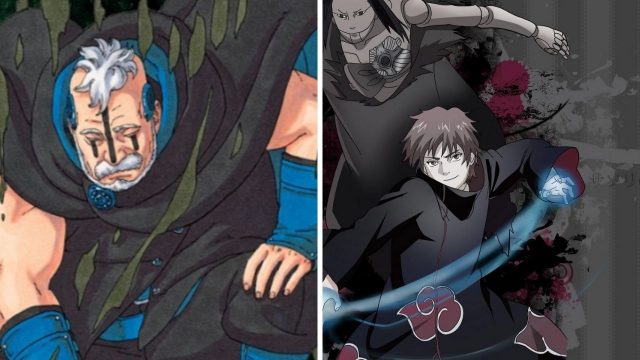