Based on the light novel by Tappei Nagatsuki, Re:Zero − Starting Life in Another World tells the story of Subaru Natsuki, a socially awkward boy who gets transported into another world and ends up helping a silver haired girl named Emilia.

The novel was later made into a manga series which then paved way for anime adaptations and a visual novel game in 2017.

With new games hitting the shelves of game stores every day the latest installment to the Re:Zero game series is the “Re:ZERO – Starting Life in Another World: The Prophecy of the Throne” VN game.

The “Re:ZERO – Starting Life in Another World: The Prophecy of the Throne” tactical VN game is set to release on the 29th of January, 2021 for PS4, Nintendo Switch and PC via Steam and a new trailer featuring the English voice cast has just been released.

The game will be released in Japan on January 28 and on 29th for people in the US, while Europe will have it in stores on February 5th.

The trailer features the English voice cast for the characters like Subaru and Emilia, and also gives the first look into some of the scenes from the game.

The English voice cast include:

The official website for Spike Chunsoft explains the story of the VN game as:

“One month after Subaru’s new life in another world began, an emissary sent by the royal castle suddenly appears with news that the royal selection has been postponed, but offers no reason as to why. The postponement of this grand event that decides the next ruler of the Kingdom of Lugunica stirs Subaru and his friends into action.

They return to the royal capital only to find that a sixth candidate has claimed their stake for the throne. But the Dragon Stone prophesied that only five candidates would be chosen. With one candidate being an imposter, suspicions are immediately cast toward one woman in particular: Emilia. What answers lie beyond the mysterious web of assassinations, betrayal, and conspiracies…?”

The game will be available in Day One Edition and Collector’s Edition and also as a digital version for PS4 players.

The Day One Edition will contain the game in PS4 and Nintendo Switch versions and a special box with 4 pins of the characters will also be available for you to collect.

The Collector’s Edition will have:

The game will revolve around the story from the original anime’s first season but will be filled with contradicting alternate events supervised by Tappei Nagatsuki.

Get to Know More About Re:ZERO Game From Our Gaming Experts!

Meanwhile, Re:ZERO anime Season 2 was released in July of 2020 with the first half airing 13 episodes in total. The second half i.e Cour II of Season 2 will resume from January 2021.

The game will surely garner huge popularity upon release and we can’t wait to see how well it does.

About Re:ZERO – Starting Life in Another World 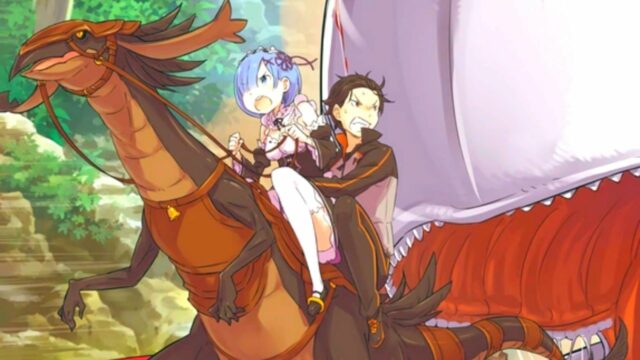 Is the Re:Zero Novel finished? – Possibility of Season 3