Even as the first season of the latest Netflix crime thriller White Lines ended on a cliffhanger, the show left with closure for its central mystery. Who killed Axel Walker, and why?

To many, the ending may have been acceptable after a roller-coaster of a plot line, where almost every one of Zoe’s friends had a valid motive to kill him.

Who could have killed him?

There was Axel’s business partner Marcus, who always felt overshadowed and underappreciated by him. There was Axel’s ex Kika (Marta Milans), who knew that he was sleeping with her mother as well. There was Cristobal (Agus Ruiz), Kika’s ex and David (Laurence Fox), who was always secretly in love with him.

Then it could have been Oriol (Juan Diego Botto), who hated Axel for seducing his mother and could have murdered in a fit of his explicit Oedipus Complex going out of control.

Who actually killed him?

So it was Axel’s business partner, Marcus’s wife, Anna, who actually kills her paramour.

After years of making a name for himself and enjoying the paradise of Ibiza, Axel had wanted out. So he struck a deal with the powerful Calafat family for his business and decided to leave the city.

Except, he was so inspired to let go of the past that he ends up burning down the pile of money that he amassed from selling the business. He also wanted to come out clean to Marcus about having an affair with his wife.

When Anna learns of Axel’s “crazy” plans, she goes haywire. She is afraid of ransacking her marriage and losing Marcus and angry at Axel for burning the cash as well.

Soon after, she loses it and drowns Axel instead. Later, with help from Marcus, she disposes of his body, which is also stabbed and run over by a car by this point, to he discovered only after 2 decades.

Yet, justice evades Zoe. Since the case was over 20 years old and had already crossed the statute of limitations, both Anna and Marcus walked free by end of the season.

Was White Lines even good? – A Complete Review

The next season could definitely see Zoe seeking justice for herself, maybe in the form of vengeance, or going the legal way.

There was a parallel story line of a possible look into Ibiza’s narcotics trade, with Marcus suggesting that Andreu try and take control of the narcotics market.

However, we are yet to receive any confirmation of a second season from Netflix. White Lines is available to stream on Netflix. 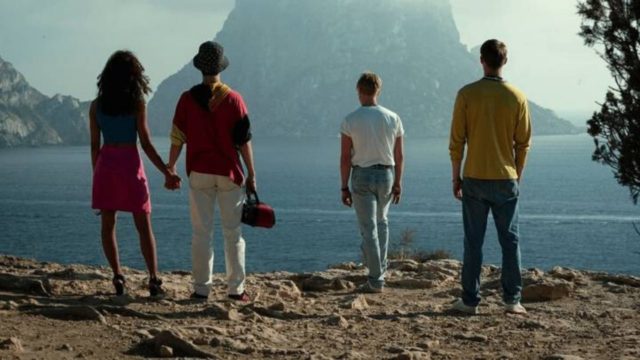