There were a lot of amazing TV shows and cartoons that made our childhood memories that simply don’t exist anymore. One of them was – “He-Man.” I still remember the phrase ‘By the Power of Grayskull… I have the power!’ being bellowed on the TV while I squealed in excitement. He-Man is a 90’s classic and considering it’s more than well accepted that there was no decade like the ’90s, it’s coming back!

Kevin Smith hit fans with the stunning announcement at the recent Power-Con convention. He-Man is getting an anime adaption for Netflix. The new series will be called Masters of the Universe: Revelation. This series will be a direct sequel of the classic He-Man from the ’90s and the anticipation is already killing us!

Here is the official announcement from Kevin Smith –

“I’m Eternia-ly grateful to Mattel TV and Netflix for entrusting me with not only the secrets of Grayskull but also their entire Universe,” Smith said. “In ‘Revelation,’ we pick up right where the classic era left off to tell an epic tale of what may be the final battle between He-Man and Skeletor! Brought to life with the most metal character designs Powerhouse Animation can contain in the frame; this is the Masters of the Universe story you always wanted to see as a kid!

Mattel Television is going to produce with executive producer Rob David and the vice president of Mattel TV and author of “He-Man: The Eternity War”- Dan Abnet. Writers include Eric Carrasco (Supergirl) , Tim Sheridan (Reign of the Supermen), Diya Mishra (Magic the Gathering), and Marc Bernardin(Alphas). Castlevania’s Powerhouse Animation will be responsible for the animation of the series.

Executive producer Rob David was also excited for the project-

” ‘Masters of the Universe’ has been a cultural phenomenon for generations, inspiring fans to discover their own power within. Fans of this franchise have been waiting for the continuation of these characters, and Kevin Smith, as a ‘Masters’ superfan himself, is the perfect champion and partner to expand the canon through a dynamic animated series on Netflix. 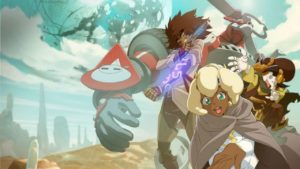 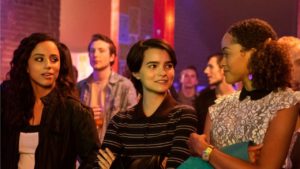 Should you be watching Trinkets on Netflix? 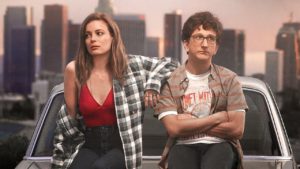