What’s next, 2020? Can you get any worse? People are stuck at home, jobless, and now we come to know that Shrek is leaving Netflix!

So what now, do we get a Disney+ subscription to watch our favorite green ogre? Not so simple. Because there is still time before the Shrek series comes on Disney+ either. If the lockdown wasn’t enough to slow the formalities down, the good old rivalry between Disney and Shrek’s parent production house DreamWorks isn’t helping either.

So as of now, Shrek is suspended somewhere in the server rooms of our digital universe, and we are stuck without his green warmth. As expected, the internet is not happy about it.

Ever since Netflix took to Facebook to announce the news with a picture of Shrek captioned: “Bye, bye!” the internet has flipped.

Fans have been quite sharp, and honestly, sad about the situation.

“Very disappointed, Netflix. Shrek is a lifestyle and our birthright. You taking this away from us is like ripping our own child from our arms and taking them away. If you think you will be forgiven, you are sorely mistaken, sir!”

“What’s the point of Netflix then? There is none. Shrek is love Shrek is life”, lamented another.

“You’re grounded, Netflix! As if there’s not enough going wrong with the world”, lamented another.

In fact, since the announcement, a petition to bring back Shrek on Netflix has surfaced online.

Petition: Put Shrek back on Netflix

Why is Shrek not in Disney+?

Disney has been the greatest storytelling production house of our times, for decades until Netflix came along. Then Disney was just another content creator for Netflix, using the latter to distribute its films and series.

However, as soon as Disney had a streaming app of its own, however glitchy and jerky, the company did a Netflix and began acquiring other production houses for its content basket.

READ:  Waiting for Batwoman to Stream on Netflix? DON’T, It’s not coming

Till date, Disney has inked MoUs with 21st Century Fox, Pixar, and LucasFilm. However, when it comes to DreamWorks Animation, things complicate a bit.

The two have not been seeing eye to eye for the last few years. In fact, DreamWorks is part of the trio, including NBCUniversal and Universal Studios, which identify themselves separate from Disney.

Where to watch other Shrek-stuff

19 years ago, Shrek came into our lives with his talking donkey and a beautiful princess with stories of self-discovery, bravery, love, and friendship.

Since then, Shrek had quite a few sequels and spinoffs, including the story of Puss in Boots. Sadly, there is no one place to watch all things Shrek anymore. Even though Netflix has bid farewell to the original Shrek that inspired this franchise, it remains the only platform for most Shrek-related stuff.

Television shows are featuring the characters on Netflix, including the first season of Shrek’s Swamp Stories, the first season of Dreamwork’s Spooky Stories and six seasons of The Adventures of Puss in Boots. There’s even a live musical adaptation of this story, being performed in Broadway over 400 times which is still available only on Netflix. 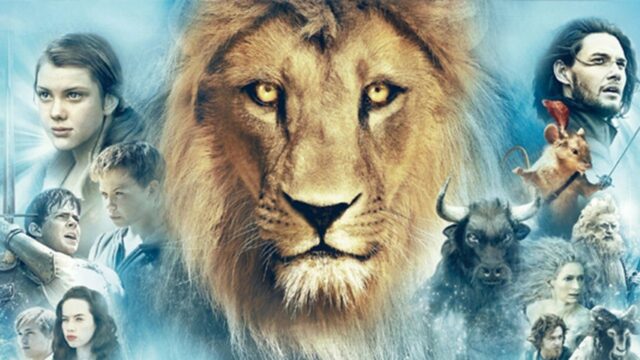