Overlord is a series that has a unique premise and boasts an equally distinctive cast of side characters with their own special abilities, powers, and varying levels of strength.

After all the recent happenings have shaken and stirred things up in the series, many fans wish to know who is the strongest among the Guardians of Nazarick.

So today, we rank the Guardians of the Great Tomb of Nazarick based on their battle prowess and strength in combat.

Floor Guardian of the 8th Floor

Victim is an angel with a fetus-like appearance and branch-like wings. He is considered the weakest among the Floor Guardians of the Tomb of Nazarick. He is also the lowest in level, being only level 35.

Victim’s biggest strength lies in his ability, which is triggered after his death. Upon dying, Victim releases an aura that significantly weakens enemies within range. This allows other friendly NPCs to finish them off easily.

Since higher-leveled NPCs require higher costs to revive, Victim’s level was maintained at 35 to be cost-efficient whenever he needed to be revived after using his ability.

Area Guardian of the Treasury

Pandora’s Actor is a doppelganger who wears a Neo-Nazi style uniform and has an egghead with just three holes for his eyes and mouth. He is in charge of the financial management of the Treasury of Nazarick.

Pandora’s Actor has the ability to morph into any creature or NPC. His transformation allows him to take on the target’s stats and gain access to the target’s skills and abilities. However, he can only use up to 80% of the target’s power.

Pandora’s Actor is mostly known for his over-exaggerated gestures and body language but is calm and extremely practical when it comes to important battles.

Aura is a beast tamer and can use her huge collection of tamed beasts to aid her during combat. On the other hand, Mare is a powerful druid who can cast support spells or manipulate nature. When the twins work together, they make an extremely deadly duo to go up against.

The true power of the siblings’ abilities has yet to be displayed in the anime.

Floor Guardian of the 5th Floor

Cocytus has the appearance of a bipedal insect with four arms and prominent features of a mantis and ant. He has the heart of a warrior, holding respect for anyone with a fighting spirit. He is also one of the most loyal Floor Guardians of the Tomb of Nazarick.

Cocytus is known for his powerful control over ice. He is also a weapons master, capable of wielding 21 different weapons. He uses weapons in all four arms, making him a tough opponent in hand-to-hand combat.

He is considered the strongest weapons user in Nazarick and can also use his tail as an offensive weapon if attacked from behind.

Floor Guardian of the 7th Floor

Demiurge is a gentlemanly Arch Devil most famous for possessing exceptional intelligence. He is considered the cruelest member of the Tomb of Nazarick since he takes great joy in performing magical experiments on lesser races.

Demiurge is considered a ‘Jack of all trades’. His wide range of skills and abilities allows him to use various types of spells in battle. However, he can only cast a small number of spells from his arsenal.

Demiurge is also an expert schemer skilled at manipulating emotions while hiding his true feelings.

Floor Guardian of the 4th Floor

Gargantua is a mindless 30-meter tall stone golem that serves as the Floor Guardian of the 4th floor of the Tomb of Nazarick. Unlike the other Guardians, it is not a custom NPC but rather a prize won by Ainz Ooal Gown.

Gargantua has the strength to match its enormous height. The golem is even said to be stronger than Shalltear in terms of raw destructive strength, but since it doesn’t have a mind of its own, this comparison doesn’t seem fair.

Gargantua also possesses the highest amount of stats among all the Floor Guardians.

Floor Guardian of the 1st, 2nd, and 3rd Floor

Shalltear Bloodfallen is a true vampire and the only Guardian incharge of more than one floor. She is quite shameless and overly honest about her sexual preferences. She is also very proud and has no tolerance for failure.

Shalltear is one of the strongest Floor Guardians in the Tomb of Nazarick. She boasts the highest stats among the Floor Guardians (except Gargantua) and has life-sustaining abilities that allow her to outlast her opponents in combat.

Shalltear also has the ability to change into her Blood Valkyrie form in battle and can even go into a Blood Frenzy mode.

Overseer of the Guardians

Albedo is the strongest among all the Guardians in the Great Tomb of Nazarick. She is a Succubus who ranks above all the other NPCs and is incharge of the general management and supervision of the other Floor Guardians.

Albedo is extremely loyal and in love with Ainz Ooal Gown. She is so crazy for Ainz that she sometimes loses control of herself and often takes extreme actions to show her affection for him.

Albedo has the highest defensive power among all the NPCs of Nazarick. When equipped with her personal armor, she is virtually invulnerable. She possesses a special skill that allows her to transfer any damage she suffers to her armor and keep herself unharmed.

She also has amazing intellectual and combat prowess and many other skills that she uses whenever necessary in battle. 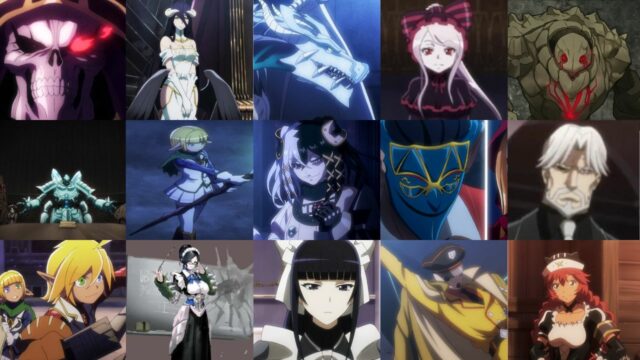 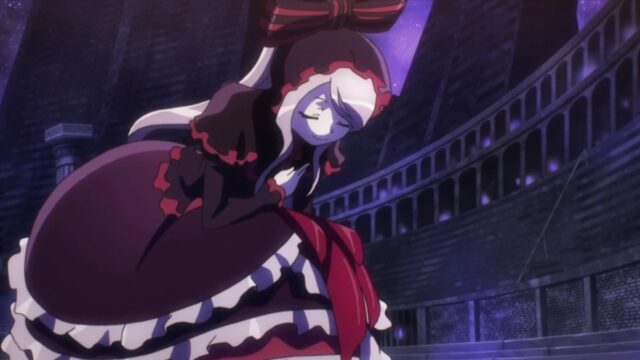 Overlord: What was the eye in Shalltear’s armor? What did Aura do? 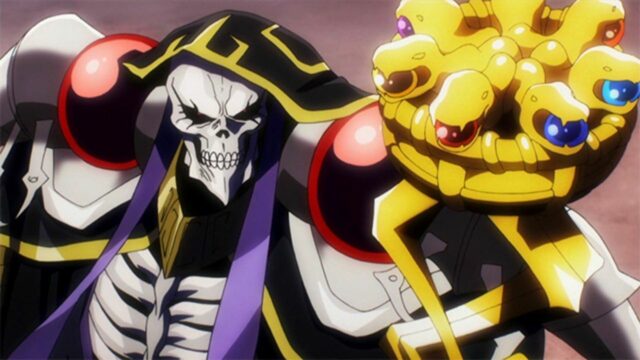