Jujutsu Kaisen is one of the most action-packed series that dominate Shōnen Jump. Amidst its prolonged battles and tournaments, the top three clans in the series intrigue me the most.

The clans emanate power, nobility, and prestige; but none so fascinating as the sorcerers’ behaviors and day-to-day operations.

What makes each clan unbeatable? What feeds the sorcerers’ greed in the world of Jujutsu Kaisen? Does possession of a malevolent curse make a clan invincible?

These are just some of the questions that linger on my mind when thinking about the clans’ strategies to dominate one another.

So, I invite you all today to explore and dive deep into the sorcerer family attributes that make each clan unique.

Tags
SPOILERS AHEAD! This page contains spoilers from Jujutsu Kaisen.

The top 3 clans in the Jujutsu Kaisen universe are the Gojo clan, the Zenin clan, and the Kamo clan. Each clan operates independently even if the sorcerers descend from Japan’s legendary Big Three Vengeful Spirits (spirits dominating the Heian era).

Like powerful enterprises, the families follow a hierarchy; the mightiest clan could dominate the other two, but not without political struggles and bloodshed.

Contents
How does each clan operate?
About Jujutsu Kaisen

How does each clan operate?

Since the Gojo clan only consists of Satoru Gojo, the inheritor and wielder of the legendary Six Eyes jujutsu, Satoru can apply pressure against the other clans.

His godly Limitless skill gives him the advantage because he can beguile Zenin and Kamo sorcerers to comply to his selfish requests (for example, sparing Yūji Itadori’s life and manipulating Yūta Okkotsu).

Satoru emanates a powerful aura despite his fun-loving personality. His power is so desirable that he became the target of Suguru Getō’s kidnapping scheme.

Then, there’s the Zenin clan consisting of power-hungry sorcerers who value jujutsu customs like no other. The Zenin clan believes might makes right; meaning that the clan must propagate the finest sorcerers by strictly pursuing tradition. Honing the most malevolent curses is a priority above all else.

That’s why, female sorcerers like Maki and Mai Zenin easily become outliers. The twins are perceived as “weak” because their ideals are neither good enough nor align with the Zenin clan’s.

The higher-ups of the Zenin clan esteem power, fortune, and nobility; but they become corrupt in the process.

In fact, a prominent ancestral figure of the Kamo clan (Noritoshi Kamo) used his very own DNA to perform experimentations to mix DNAs of sorcerers and curses. The grave consequence of his experimentations are the three cursed Death Painting incarnations (malevolent creatures that assaulted the main cast).

If it were not for the ancestral head’s menacing ambitions, the incarnations would not be bound by blood to obey the Blood Manipulation wielder, Noritoshi Kamo (a young jujutsu student and descendant of the clan, who also happens to the current heir of the Kamo clan).

The three clans are unique despite the sorcerers’ corrupt behaviors. And though political arguments among the families are nothing new, the clans’ discord for power always serves as interesting subplots for the author to add in his series. 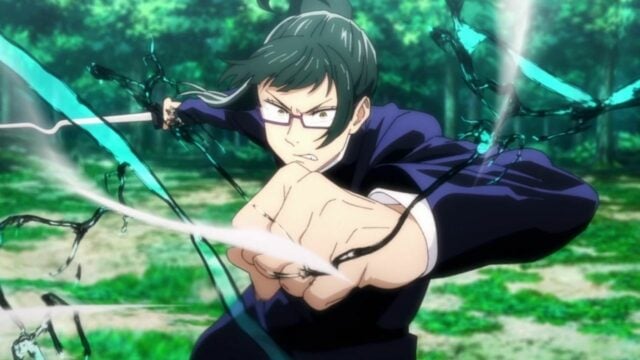