Solo leveling is a Korean web novel, written by Chu-gong and was adapted into a manhwa. It is insanely popular and has managed to gather millions of fans.

Even if you do not know about manhwa, or are not into Manhwa, everyone at least has heard about Solo Leveling. The popularity of Solo Leveling in Manhwa World is similar to One Piece or Naruto in the anime world.

No wonder, everyone is extremely excited about this Manhwa finally getting an anime adaptation. Let’s dive in to read everything we know so far about this anime so far.

Solo Leveling is a popular manhwa which is set to have an anime debut in 2023, it will be directed by Shunsuke Nakashige and will be available to stream on Crunchyroll. The Voice Actors are not yet revealed.

An official release date has not yet been set for Solo Leveling. However, in July 2022, Crunchyroll shared a brief teaser of the adaptation at the Anime Expo.

Solo Leveling is expected to be released somewhere in 2023. Generally, the production of anime takes around 12-13 months to release after the official statement.

Based on the information, we can expect it to air in July or August. However, we can only wait for the official news for confirmed information.

Crunchyroll has revealed the Key Visual for the upcoming Solo Leveling series at Anime Expo. The anime production is going to be by A1 pictures.

Shunsuke Nakashige is the director of the show, while Noburu Kimura is chosen as the head director. Hiroyuki Sawano will be in charge of the show’s music. The Voice Cast has not yet been announced.

Crunchyroll will be simulcasting the series and it will be available globally. This most likely means that the release of the original Japanese series will be followed by a dubbed version in a short period.

Solo Leveling takes place in a world where Humans with magical powers called the Hunters have to battle the Monsters who emerge out of Gates. The Hunters are classified based on their abilities.

Sung Jinwoo is an E- Rank Hunter and is super weak. After clearing an especially difficult Dungeon which wipes out his team, he gains abilities from the mysterious ‘System’.

This allows him to level up with no limit, with great power he gains new responsibilities and new enemies to deal with.

Jang Sung Rak, who goes by the name of Dubu, the illustrator for Solo Leveling unfortunately passed away on July 23 due to a cerebral haemorrhage.

He was only 40 when the incident took place and the masses pay their respects to the great artist.

Manhwa adaptations are notorious for their poor quality and delivery. They either cut down chunks of the story or do not have great art or animation.

We just hope that Solo Leveling does not fall in the lines of Tower of God or God of High School and delivers a great adaptation. 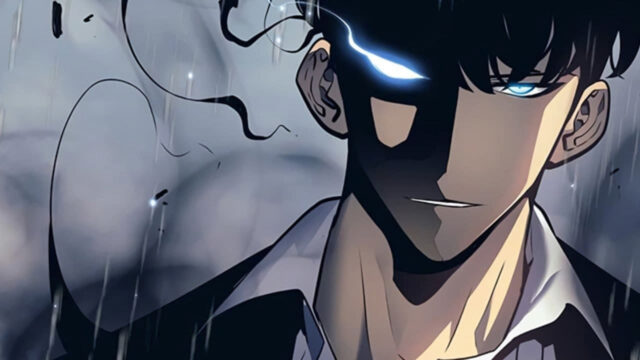