Anime and manga have become wildly popular around the world. However, this rise in popularity comes with the issue of there not being enough channels to access this content.

To solve this, many piracy sites have taken root over the years. While manga publishers have taken action against this, the problem has never gone away, until now.

With Japan recently cracking down on illegal licensors, on August 15, 2020, we bid farewell to one of the most well-known anime piracy sites – Kissanime.

As one of the few sites that provided free content to the users who could not access the official ones, it caused a huge uproar, with many questioning the reason behind it.

In this article, I’ve discussed what started this whole crackdown on piracy and its effects on both the consumers as well as the Japanese entertainment industry.

In addition, I have also mentioned a few free, but legal sources to watch anime. So let’s get right into it.

Table of Contents
1. What is the revised Japan copyright law?
2. How will they implement this law?
I. Penalties & Arrests
II. Lawsuit against Cloudfare
III. The arrest of Romi Hoshino
3. Why is there a need for stricter copyright laws?
4. Stunted growth of the manga industry
5. What does this change mean for the consumers?
6. Why is there a demand for pirated content?
I. Lack of official content
7. What are the publishing companies doing to solve this?
I. AnimeLog

1. What is the revised Japan copyright law?

While Japan is known for its animated films, shows, and printed cartoons, generally referred to as anime & manga, the country’s copyright law did not protect this thriving industry till late.

Previously, the law only punished consumers who illegally downloaded and uploaded music and videos.

However, the influx in piracy and continuous complaints regarding it from top publishing companies finally made its mark.

This proposed revised copyright law was enacted on Friday with the right to punish those who knowingly download illegal or pirated manga, magazines, and academic works. It will go into effect on January 1, 2021.

However, unlike what many fear, this does not mean that you won’t be able to post pictures of manga panels, etc., as the revision will still allow its posting as long as the manga is not focused upon.

This revision will not cover dojins, fanfictions, or parodies, so they’re still safe to download.

2. How will they implement this law?

According to the revised copyright law, anyone who knowingly downloads illegal or pirated manga, magazines, and academic work can face punishment.

Repeated offenders are to pay around 2 million yen (USD 18,274), or risk being jailed for up to two years.

Penalties for those operating leech sites include up to five years in jail or a fine of 5 million yen (about USD 45,686).

Japan’s top publishers have had enough of piracy, and with the revised laws in place, they are ready to push back against its threat.

Well-known publishing companies such as Shueisha, Kodansha, Kadokawa, and Shogakukan filed a complaint against Cloudflare last summer when the latter was discovered to be housing pirated content on its servers.

While these motions to halt Cloudflare, which backed up several scan sites, including Hoshi no Romi, had begun in 2018, it finally saw success.

After lengthy discussions, a settlement was reached between the publishers and the U.S. company, with the latter agreeing to stop hosting any such material.

Furthermore, it will also “cease caching content on its Japanese from specified piracy websites” should Tokyo’s District Court issue a copyright infringement ruling on any piece of content.

III. The arrest of Romi Hoshino

Other than winning the lawsuit against Cloudfare, Japan has also been fairly successful when it comes to piracy in its own country.

According to recent reports from NHK, Japan has arrested a well-known manga pirate named Romi Hoshino, the previous manager of the site Mangamura, which was taken down last April.

Before being shut down, the site was frequented by 100 million visitors per month and hosted about 60,000 manga titles.

As per the Content Overseas Distribution Association, this illegal content cost an estimated $2.93 billion in damages through simply copyright violations, which prompted the government to finally take action.

3. Why is there a need for stricter copyright laws?

Anime and manga have seen huge bursts of popularity outside of Japan in the last few years, with popular franchises such as My Hero Academia and Demon Slayer breaking into the general pop culture.

With this rise in popularity comes the issue of there not being enough channels to access this content. To solve this, many piracy sites have taken root over the years.

While manga publishers have taken action against this, the problem has never gone away, until now. After the copyright law was revised and enacted on Friday, most piracy sites are being taken down.

However, the question is, why? Why is there a need to take down piracy sites, “rob” the consumers of their entertainment, and harm their industry?

Well, technically, according to a recent report, consuming pirated media brings more harm to the manga industry. Let’s find out how.

4. Stunted growth of the manga industry

To grasp the growth of an industry and develop it further, there needs to be a demand. Unfortunately, even after being more legally available in the West, the demand for manga isn’t translating to hard numbers, which is where it counts.

This makes it so that while Japan is noticing a greater boom in manga and anime around the world, if the numbers don’t rise, then the West won’t seem like a good market to be in.

“I’m glad that people are reading our manga, but it’s a big problem for the artists, and it doesn’t pay for the cost of assistants, creating the manuscripts, and so on.”

This basically means that by consuming anime and manga illegally, we are putting a stop to more series that could get localizations outside of Japan if the numbers support it.

It’s not just spending money, but using the official reading services for each new manga release.

By doing this, not only will we be supporting those who work on the series, but niche titles will have a better chance at getting legal releases, or even physical volumes.

5. What does this change mean for the consumers?

While this law will protect the official content, to do so, it will crack down hard on piracy sites. For the consumers, this means that their free source of easy entertainment will no longer be available.

Many sites uploading and hosting illegal content have already been taken down, the largest being Kissmanga and Kissanime.

With consumers of manga and anime increasing each day, the demand for it sometimes exceeds the limit of what official channels can provide.

As a result, they have no choice but to shift to another source, i.e., piracy or illegal sites.

Till late, unless one lived in the U.S., could afford multiple subscriptions, watched only popular anime, and had the patience to wait for years for the blue-ray to release, piracy sites like Kissanime were the only way they could consume content.

On top of that, even if the original and official content was available, the subtitles often only served the English-speaking percentage of the audience.

Due to this lack of convenience and affordability, piracy became the more viable option.

Now that even piracy sites are being shut down, many legitimate and free sites are popping up, along with ones running for a while.

7. What are the publishing companies doing to solve this?

With the enactment of copyright laws, piracy sites are being forced to shut down. As consumers lose their only feasible way to consume anime and manga, the industry will undoubtedly suffer.

To prevent this, the publishing companies have found a way to direct the previously illegal views to free legal sources that will help boost the industry.

Japan’s top publishing and entertainment companies have realized their shortcomings and banded together to form a platform where anime can be released for a broader audience.

To sum it up, on August 14, various animation companies like Toei, etc., banded together to open up a Youtube channel called AnimeLog.

The content provider’s initiative is to group more than 30 companies so that the channel can provide fans with over 3000 anime titles by 2022.

While its target audience is local for now, it plans to add subtitles in English and other languages to support the overseas consumers.

If this actually happens and these anime are available for free on a single channel, the views amassed by the piracy sites will be converted into legal streams within no time. This will, in turn, increase the quality and quantity of the content available in the future. 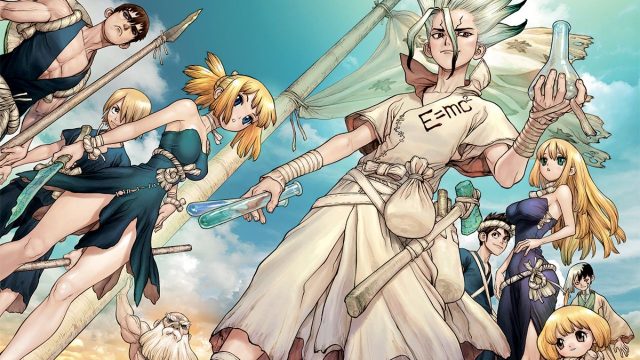 KissAnime and KissManga Shut Down Permanently