Wano closed a lot of mysteries and questions from the past but opened many more. One of these is the Reverie, where a lot happened in a very short time, leaving everyone confused.

Since the Reverie news broke out in chapter 956, we’ve all been waiting for some update about Sabo.

Some people think this is the direction the manga is headed after Wano, and instead of Elbaf, we’ll get an “Impel Down 2.0” arc, where we see Luffy come to rescue Sabo from the underwater prison, the way Whitebeard came for Ace.

Chapter 956 teased 3 major things that happened at the Reverie. Some fans think that it was just a singular piece of news and Morgans was just trying various headlines for the same  article, but that seems unlikely.

We know something happened at Alabasta, someone died/Sabo was involved, and that the Shichibukai system was abolished. At the end of this article, I will prove how the events at the Reverie will lead Blackbeard to Pluton.

Contents
What everyone thinks might’ve happened at The Reverie?
Why I think Sabo and Alabasta are two unrelated events?
Why The Reverie incident foreshadowed that Blackbeard would get Pluton?
About One Piece

What everyone thinks might’ve happened at The Reverie?

Fans think that Sabo was framed by the World Government for killing Alabasta’s King Nefertari Cobra or Vivo after the Reverie in Mary Geoise.

When Garp returns to Fish Man Island with Neptune, he tells him,

After the Reverie ended, there was an accident […] it’s regarding the Alabasta Kingdom.

We know nothing concrete about what went down in Alabasta during the Reverie other than the fact that Sabo was involved.

Let’s backtrack for a second. During the Levely arc, Im, the leader of the World Government, tells the Five Elders that there is a “light that needs to be extinguished from history.”

This conversation happens after we are shown that he is holding a photo of Nefertari Vivi, the princess of Alabasta.

According to me, this just proves that Im-sama wants Vivi for some reason, and the light that needed to be extinguished was the King of Alabasta – Cobra.

The reaction of the Alabastan citizens is a testament to this – there would not be such intense and widespread grief for the death of a princess, it has to be the king.

This also makes sense because we know that the Nefertari family were the only Founding Members who refused to join the World Government 800 years ago; this would definitely put Cobra on Im’s radar.

Both Cobra and Vivi were present for the Reverie. At the same time, Sabo, being a part of the Revolutionaries, was on a mission to rescue Kuma in Mary Geoise.

Sabo and the other Revolutionary Army commanders fight the Marine Admirals, Fujitora and Ryukugyu.

It’s likely that the it was during this time that King Cobra was shot and since Sabo was present during the incident, the allegation was conveniently placed on him.

When news of the incident breaks out, we see in the panel that takes place in the Kambakka Kingdom, the headquarters of the Revolutionaries, that the members of the Army are all distraught about Sabo. They can’t believe Sabo would kill Cobra.

Why I think Sabo and Alabasta are two unrelated events?

Sabo might have just killed Bartholomew Kuma, former Warlord of the Sea and officer of the Revolutionary Army. The World Government is trying to hide it because Mary Geoise is supposedly impenetrable.

If news of Sabo, being part of the Revolutionary Army, could enter and kill someone within the capital city of the World Government, their power would be undermined.

Why The Reverie incident foreshadowed that Blackbeard would get Pluton?

After the incident at Reverie, Blackbeard decides to head to Alabasta to find Pluton before the World Government takes it.

With King Cobra out of the way, and the power of his 2 Devil Fruits, nothing stands in his quest to acquire the Ancient Weapon of mass destruction.

But something else happened in the chapter 956, apart from the Reverie/Levely news. Blackbeard tells his crew to pack their bags because they are setting sail to “claim the prize” before the Navy takes it.

What is the prize and will Blackbeard get it before the World Government? And what has it got to do with Sabo, the Reverie, and Alabasta?

Let’s go back again to the scene with Im and the Five Elders. Im goes to the huge Straw Hat statue with several wanted posters and pictures in his hand. Three of these are of Luffy, Shirahoshi, and Blackbeard.

I bet this foreshadows Blackbeard’s hunt for Pluton. We already know that Shirahoshi is Poseidon.

Blackbeard is on his way to Alabasta to acquire Pluton. And Luffy, the inheritor of JoyBoy’s will, will be the true owner of the third Ancient Weapon, Uranus.

This explains the posters in Im’s hand – there’s no other reason he would have a picture of Shirahoshi alongside Luffy and Blackbeard.

The thing is, Pluton itself is not confirmed to be in (on, or under) Alabasta. We only know that the Poneglyph that contained the location of Pluton was in Alabasta. In chapter 203, Robin reads the location and gives Crocodile false information about it.

This is where Vivi comes in. I think Vivi had also somehow gleaned the info off the Poneglyph and knows where Pluton is.

I believe Blackbeard is traveling to Alabasta to overpower Vivi so he can “claim the prize” before the World Government does.

It’s possible the location of Pluton is actually on Elbaf, the kingdom of the giants, which is how the next arc with Shanks will tie in. Blackbeard might in fact get the information, and steer his way to Elbaf.

At the same time, Robin might suggest that the Straw Hats go to Elbaf too. There’s a good chance Blackbeard will get there before Luffy and in fact find Pluton.

And then maybe we see Shanks and Luffy team up to go against Blackbeard with Pluton. 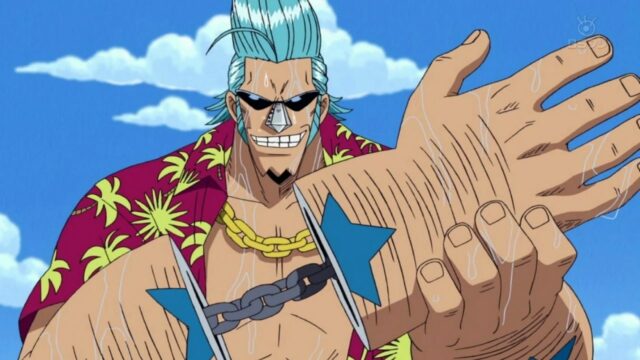