So, my coworker told me the other day that her son has been watching the Naruto: Shippuden series.

Hearing this made me smile because even after two decades, Masashi Kishimoto’s Naruto franchise is still garnering a new generation of fanbase.

In the meantime, it makes me wonder whether new fans today truly know the meaning behind “Shippuden”, the subtitle to Part 2 of the Naruto franchise.

Since this famous shōnen action is still strongly influencing a growing number of anime viewers and manga readers, let us go into Sage Mode and enlighten our minds!

Basically, “Shippuden” means “Hurricane Chronicles” and is a reference to several things in the manga:

If you combine all three meanings together, “Shippuden” points out to Naruto’s character growth while he masters “Rasengan” and other hurricane-like powers so he can become a Hokage.

It’s the story of his character growth so he can transform as a true ninja by strengthening his resolve, ninja abilities, and chakra.

Shippuden (疾風伝) means a swift, strong wind. It is made up of two words ‘shippu’ meaning fast-blowing wind and ‘den’ meaning chronicles.

“Shippu” is the Japanese noun which means a “fast-blowing wind”, or a “swift blow”. It is made up of two Chinese characters which are 疾 and 風:

“Den” is the second Japanese noun which is related to “chronicles”, “tale”, or “history”.

So, if you put two and two together, Shippuden essentially means “Tale of Fast-Blowing Winds”, or “Legend of Swift Blows”. The U.S. version of the Naruto anime translates “Shippuden” into “Hurricane Chronicles”.

So, when the anime gets broadcasted in the U.S. or on non-Japanese countries back in 2008 and onwards, the translation ends up as “Naruto: Hurricane Chronicles”.

I didn’t grow up watching “Naruto: Hurricane Chronicles”, so please forgive me if I say that I felt cringy just hearing this title.

It sounds wrong to be honest and doesn’t encapsulate the heart of the series. Instead, I grew up hearing “Naruto: Shippuden” on television, and that’s what made me a long-time fan of the anime series.

Manga fans watching the broadcasted episodes of the Naruto franchise in the U.S. might even take more offense.

They might think that the U.S. translators were butchering this magnificent franchise by changing the title.

Watching Japanese with English subtitles might be the solution, but many anime viewers also convert to the manga midway. They want to read the source material from which the Naruto anime was adapted from.

At the very least, the manga retains the original storyline from Kishimoto-san. Think of it this way: fans obtain the uncut content of the story.

Another alternate way to say Shippuden is “Legend of Maelstrom”. After all, maelstrom is defined as a vortex of swirling whirlpools causing confusion and turmoil.

But then again, “Legend of Maelstrom” is not what Kishimoto-san intended. So, I’m glad that Viz Media stuck with the subtitle “Shippuden” when they were publishing the Naruto series in North America.

The name “Naruto Uzumaki” heavily implies the meaning “strong whirlwinds”. And since Chapter 1 is titled “Naruto Uzumaki”, it should foreshadow the story of his powers growing exponentially.

Naruto uses the air element as his chakra and transforms air or wind during nature transformation. His signature jutsu is “Rasengan” because he combines wind or air with this jutsu.

Episode 55 of Part 1 of the series is even titled “Kaze” in Japanese, which means “Wind” in English.

Not long after, Naruto learned to formulate other strong attacks that echoes the subtitle “Shippuden”. These attacks are called “Wind Release: Rasengan” and “Rasenshuriken”.

In other words, “Rasengan” became the foundation or base for his other wind-related jutsu or techniques.

Other of Naruto’s powerful wind attacks are “Giant Rasengan” and “Massive Rasengan”, both of which are great in power and enormous in size.

When Naruto combines air with his “Rasengan” technique, it gives him a level-playing field during battles. As the series progresses, he honed his nature transformation powers and strengthened the forms of his other techniques.

Naruto is a Japanese manga series written and illustrated by Masashi Kishimoto. Its publication began on September 21, 1999, and continued until November 10, 2014, in Shueisha’s Weekly Shōnen Jump. The manga has collected 72 volumes in tankōbon format.

Naruto: Shippuden is Part 2 of the anime series, which follows an older Naruto as he attempts to save his friend Sasuke while at the same time – addressing the looming threat of the criminal organization – Akatsuki – who are targeting him for their grander scheme. 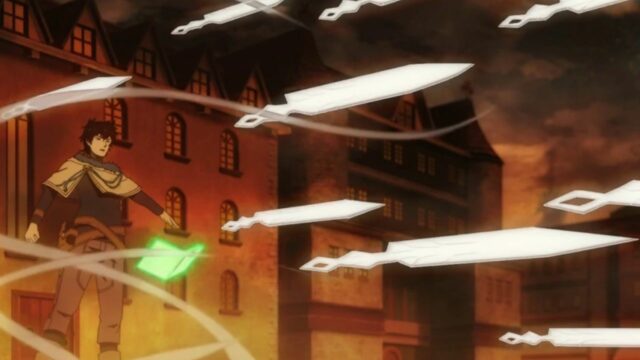