It’s been quite a while since the talk of the world, Netflix’s Dark, wrapped up with its finale on June 27, 2020. Apologies, guys. All the time-travelling and shuffling between the worlds took quite a while to put up this post.

I am sure everyone (me included!) who binged on Dark had a perplexed couple of weeks or more.

We all broke out from our monotonous lockdown routine and got hooked into this really, really Dark world.

Hats off to the show’s brilliant creators Baran bo Odar and Jantje Friese, for giving us what could be the best sci-fi work ever.

Normally we would expect a series to answer questions as it progressed but then there’s Dark, spinning a more complex web of multiple realities, universes and characters with each subsequent episode.

The series left us with a million questions – so many whos, whys, whats, hows and whens, that demand answers!

If you felt that the ending was absurd, you must have missed out on important cues and conversations that actually puts everything into perspective.

Yes, it is agreed that an intense series like Dark requires your keen observation at all times, with all the time-travelling and stuff.

So, if you were not able to grasp its ending, well, read on and see if you find answers. (I personally feel the finale was brilliant, and that major perceived loopholes and questions were answered.)

Remember that the series is open to interpretation and there are numerous ways the story can play out.

Also, for those who haven’t completed watching Dark yet (but why?), now’s the time you hit that back button, log on to Netflix and get your mind blown.

—Major Dark spoilers ahead, proceed at your own risk—

Table of Contents
1. Quantum Entanglement
I. Eva’s Plan
II. Claudia’s Plan
2. The Origin World
3. The Ending
I. So, what happened? Was the loop broken?
i. Theory 1
ii. Theory 2

In season 3, we come to know that there is a second during the apocalypse, when time stands still and everything is thrown off balance.

We also see Claudia listening to a 2020 radio broadcast, which talks of how scientists believed that everything stood still for a second.

During this second, the chain of cause and effect that maintained the loop is broken, thus allowing characters to act out of free will.

This is when multiple realities overlap and exist simultaneously. Both Eva and Claudia are aware of this quantum entanglement and use it for their own purposes.

Eva uses this split second to send one version of Martha to save Jonas and the other to stop Martha from saving Jonas by sending Bartosz to intervene.

This way, she ensures that the loop between the two worlds is preserved and her son is alive (the unknown or cleft lip trio).

So if you wondered how Adam and bearded Jonas still survived in spite of young Jonas being killed, here’s your answer.

Jonas lives to become Adam in one reality and kills Alt-Martha and their son; in another, he dies and the son survives.

Thus, Adam and Eva and their ceaseless pursuit of attaining their respective goals keep the loop intact.

Adam believes that the origin is his son, the unknown, and by eliminating him, he can save his Martha. However, Eva wants to keep her son alive.

Claudia, on the other hand, uses this second to traverse through the worlds and time to teach her younger self about what she had learnt.

This way, with each passing iteration of the loop, Claudia makes sure that her younger self knows something more than what her future self did. Fascinating right!

While we thought that the characters lived the same life over and over again, here is Claudia Tiedemann and her amazing brain, making tiny changes in the loop for god knows how many aeons, to finally arrive at the loop we were shown.

Now that you know what Claudia was up to, it’s a no-brainer to understand how she was the one to speculate the existence of the third world – the origin world.

As Claudia from Adam’s world travels to Eva’s world, she realises that Regina dies from cancer here as well. In order to save Regina, she feels there must be a world that is free from the cause and effect loop.

Once she maps the intertwined family tree of Winden (which we often find her staring at), she is able to eliminate and identify people who are not a product of time-travel.

From the pool of people left, Tannhaus seems like the perfect person who might be capable of something like this, given his family’s obsession with clocks and time.

Oh also, if you notice, while events in the worlds play out differently (like the versions of Ulriches travelling to different timelines), the one constant event was the accident of Tannhaus’ family.

Throughout the show, we watched Claudia travelling extensively while also meeting her younger selves often.

Moreover, since she is the only one with a solid physics background, we can agree that only she was capable of figuring out this complex system.

Once Claudia figured out everything, she uses the time stands still second to meet Adam and tell him the truth behind it all.

She asks him to send Jonas (who just lost his Martha) to get Alt-Martha, travel to the origin world and finally put a full stop by preventing the accident.

Note that, these two versions of Jonas and Alt-Martha had never met previously and yet they are drawn towards each other. It’s the unexplainable deja vu at play again.

I. So, what happened? Was the loop broken?

Even after we understand what went down in the end and why the characters had to do what they did, we are still left with the million-dollar question. Was the loop broken? (There are many theories on this, but here’s what I vouch for.)

Jonas and Alt-Martha successfully travel to the origin world and prevent the car crash that sets this entire mess in motion. ( Frankly, I thought at that moment that Marek was going to crash his car after seeing two random people in the middle of the road and Jonas and Martha, like always, were responsible for everything!)

Yes, they prevented the crash, but, here’s something to think about.

If Jonas and Martha prevented the car crash, it means Tannhaus never created the time machine, the mirror worlds never existed and neither did Jonas, Martha and their crazy family tree.

So it seems like Dark has served us yet another paradox as its ending.

We are presented again with two realities, but this time of the origin world.

In one origin reality, Tannhaus creates the time machine, Jonas, Martha and everything else happens, and they finally prevent the car crash, thus creating another reality devoid of the crash and time-travel. Get it?!

The genius Tannhaus had actually succeeded in achieving what he wanted – his family alive, but of course, in another reality. It’s quite weird (and sad) to note that the poor fellow has no idea of what he had accomplished.

Let’s travel back to the strange light tunnel that Jonas and Alt-Martha are in, as they travel to the origin world.

Here, baby Jonas sees Alt-Martha through a door and baby Alt-Martha sees Jonas from her closet.

On watching this, only one thought crosses our minds. If the babies had seen the current versions, it means that this has happened already, unlike what Claudia says about this being the first time. It might all be a part of a bigger loop.

Dark received a fitting and perfect end, true to its nature.

Sure, the audience did not gain closure and are left hanging with multiple other possibilities, but the end stood by everything the show advocated – time and space travel and multiple versions, realities and worlds.

To say what we watched is the end and the only end, would be foolish.

To sum up, Jonas and Martha did exist and did not exist too. And, that’s all they ever were, ‘a glitch in the matrix’.

How many of you had sleepless nights, trying to make sense of what on earth actually went down in the story?

And now that you’re done reading the post, take over the comments section and share your theories and thoughts behind this stunning masterpiece!

Is Netflix’s ‘Dark’ Worth Your Time? A Complete Review
Watch Netflix on Dark
Originally Written By Epic Dope 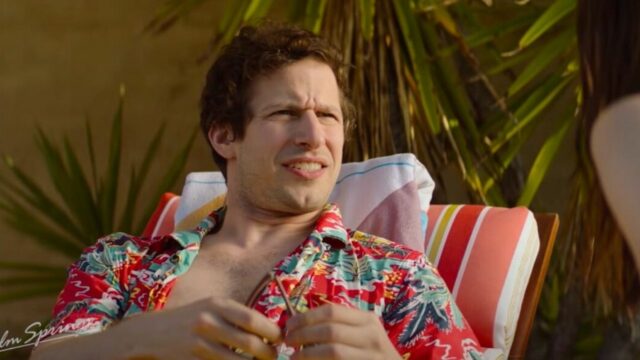 Paradoxical being. Obsessive daydreamer. I have mentally travelled to places in the world you wouldn't know existed. When I am not binging my way through life on Netflix and Prime, you can find me curled up with a book.