Uzumaki is a seinen horror manga written and illustrated by Junji Ito. Its 16 chapters were bound into 3 volumes by Shogakun from 1998 to 1999. Viz Media serialized the English translation of the series in 2002.

In 2019, a 4-episode anime adaptation of the series was announced at the Crunchyroll Expo.

Uzumaki TV anime will air in 2021 on Adult Swim’s Toonami programming block before its Japanese premiere. It is going to be animated by Drive and co-produced by Production I.G and Adult Swim’s Williams Street.

The production team stated on twitter in March 2020 that the anime was a work in progress, and that Covid-19 pandemic has no effect on the production, while also posting storyboards of Uzumaki anime.

Ito confirmed that the screenplay of the short 4-episode series is finished, but the final release dates are unclear. He also said that the anime will be produced entirely in black and white.

The new horror franchise already has the manga fans in anticipation. The anime would be extremely similar to Ito’s original designs!! Let’s look into this a bit more.

Uzumaki is shaping to be one of the greatest adaptations of Junji Ito’s work, with Adult Swim working together with Production I.G.

Here’s an interview with the staff of the Uzumaki team, where they tell us how the anime came into creation.

Drive is going to be animating Uzumaki. The animation studio has done only 2 other animations- Actors: Song Connection and Vlad Love. They have done mainly music production in their history.

This is their third project and fans can only wait and see if Ito’s body horror can come out as terrifying as they had imagined or not.

There is a lot of doubt whether Drive can pull it off or not. In their previous animations they have shown mixed quality of artistic skills with the visuals.

Though they don’t necessarily stand out amongst the other big animation studios, Uzumaki might be the big fish they need to catch.

Uzumaki in particular is said to have designs very similar to Ito’s own works, and is to be animated in monochrome. This contrasts everything the anime industry is going for now.

Production I.G is going to be involved in this anime, but only as a producer! They create many noticeable anime for the fans but they also have a good eye in participating in other several impressive projects.

Their recent ventures as a producer include Ghost in the Shell series, Psycho-Pass 3, Joker Game, Diamond no Ace, and Haikyuu.

Hiroshi Nagahama will be directing the anime and he is, with no doubt, a talented director. Ito Junji himself called him very talented in an interview. Being a huge fan of Ito’s works, Nagahama decided to remain faithful to the manga, as it made him ‘quite happy’.

Nagahama is famous for his directorial work in Flowers of Evil, Mushishi, and The Reflection. He has a way of mixing the surreal with the real world and this is why fans are in anticipation of Uzumaki, the epitome of strange and unreal.

Fans of Uzumaki need this reassurance that their favourite manga would be just as engaging with terrifying spirals on the screen.

Compared to the other mainstream horror movies, which explain the cause and effect of a ritual or death, Ito works on the psychological and ‘present state’ of the supernatural.

His works are terrifying due to his ability to blend in supernatural with the mundane and weaving it into the protagonist’s life.

This style isn’t usually liked by passerbys as it would unnerve them to even sleep at night without questioning their surroundings.

One of Ito’s previous work, Tomie, was adapted into an anime and received mixed reactions. One big cause was the addition of color to the anime. The stark monochrome palette of the manga created a sense of muted terror amongst the fans.

Thus, the idea of Uzumaki being animated is a bit worrying based on the lukewarm reactions of the fans from before. But Nagahama has said that the anime would maintain the style and tone of the original work. The fans were reassured of this fact when the trailer was released.

The anime’s official Twitter presented pictures of the storyboards. While there have been adaptation of Ito’s work in the past, fans are definitely noticing the faithfulness to the artistic style that Junji is famous for.

The Adult Swim also released the official trailer to the anime during its convention. The black and white video, with background music from Colin, depicts the spiral world of Ito. The trailer shows the female lead watching a spiral storm in horror.

Uzumaki centers on a town named Kurouzu-cho, where a sudden influx of weird happenings take place. Spirals start showing up all over the town, from inanimate objects to human bodies.

As the story progresses, high school teenager, Kirie and her boyfriend Saitou witness how the spirals curse affects the people around them, and try to find a way to stop the curse.

Uzumaki’s immersive nature has seen its way on several ‘essential horror’ to watch lists for manga. The 4-episode anime is a highly anticipated show for fans worldwide, especially since Ito himself has acknowledged its production.

Junji Ito is a Japanese horror mangaka. He first began writing and drawing horror at a young age. In 1987, he submitted a short story that won an honourable mention in the Kazuo Umezu Prize. In 2019, Ito received an Eisner Award for his manga adaptation of Frankestien.

Ito is a master of creating dreadful atmospheres of unease and despair, filled with shocking moments that could surprise even the most seasoned horror fans.

An interview with Ito, who talks about Uzumaki and the production.

Some of the most notable works include Tomie, a series of an immortal girl who can drive her admirers to madness, Uzumaki, a story about spiral obsessed town, and Gyo, a story about a fish being controlled by bacteria.

Ito Junji abides by Lovecraft’s quote, his horror is always the unknown. Most of the recent horror or scary movies tend to be dependent on the Why? Why was there a ghost? Why is this cursed? etc.

The world of horror is vast and contain many aspects that make it appealing: suspense and tension. Yet, even here Ito’s work stands out, towering above the rest in terms of creativity. So what makes it so different?

The universe Ito builds is cruel yet realistic and the characters themselves find themselves to be victims of unnatural circumstances.

Junji Ito applies few unique techniques in his manga that causes this appeal to the horror. Aside from the obvious supernatural elements, Ito likes to draw all of his characters constantly worried.

Even when there is no shocking scene, the terrifying design implies that the road ahead is gloomy for the character. The effect is subtle and creates a sense of weakened state of mind to convey emotion.

The story for Uzumaki originated when Ito attempted to write a story about people living in a very long terraced house, and he was inspired to use a spiral shape to achieve the desired length.

Uzumaki was influenced by the positive representation of spirals in media and to recreate them in horror. Ito also noted Lovecraft as one of his inspirations while writing Uzumaki.

Music is important in movies, and horror is no exception. It makes the movie feel more different, unique, and powerful. Music is one of the factors that control our emotions in the way we experience a movie, especially horror movies.

The feel of fear or scare is the result of a well-combined visuals and music. Movies like Dracula, Frankenstein, Psycho, and The Birds all attest to this phenomenon.

The trailer for Uzumaki showcases Ito’s daunting style with Colin’s soundtrack with near perfection. Colin is one of the musicians who can intimidate with his music alone. With him working on Ito’s work is a dream come true for J-horror fans.

Colin tells us his experience in making the soundtrack for the manga adaptation in a video message.

Strong emotions are the expectations of every horror director, because if the audience gets scared to bones, that means the movie was excellent! The music is not limited to just above-mentioned movies, even anime has very good, blood-chilling tracks that emphasize the scene.

The following are the cast and staff members for the upcoming anime Uzumaki: 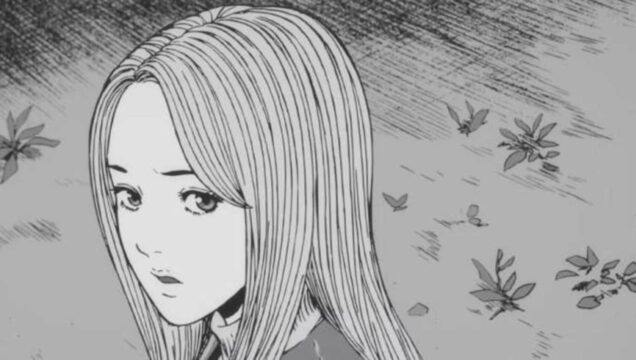 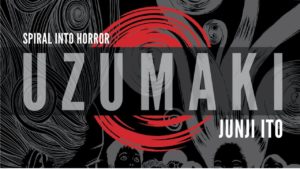