Ino no AICis: ESP & High School Detective, as the name suggests, should be just another detective anime. But there’s an ‘x-factor’ that sets it apart from other anime of this genre.

Catching the culprit becomes far more intriguing when he/she has supernatural abilities. That’s what Kiriya Jindou and his friends are there for, to uncover the most challenging supernatural mysteries.

On Tuesday, the Inō no AICis franchise revealed that its anime adaptation will air a new season. The anime will debut on April 10, and a new episode will be aired every Saturday.

Through its official site, it was announced that the original anime website “Ino no AICis: ESP & High School Detective (AICis the Supernatural)” will continue with a second season that will debut on April 10. The series has been broadcast on YouTube since February 13.

The anime’s opening theme song, ‘Limit’, is performed by AliA and Tsuyu is performing the ending theme song “Taiyō ni Nareru ka na” (Can I Become the Sun?).

The cast members for two new characters, Iruka Shido and Dr. Kazamatsuri, have also been revealed. The other voice actors will be reprising their roles.

The anime will take us to the fictional Geso ward in Tokyo, a school city, where students gain supernatural powers through an app called “AICis.”

But I doubt if the students here grew up watching Spiderman since they didn’t think twice before pursuing their own selfish desires, leading to many occurrences of violence and other incidents.

Can Jindō and his friends pinpoint these dangerous criminals among their classmates and bring the situation somewhat under control?

About Ino no AICis

Ino no AICis is an upcoming web anime series that premiered on YouTube on 13th February.

The anime is set in a fictional school in Tokyo. An app called “AICis” is trending, and it gives supernatural powers to its user.

The people who are granted such abilities use it for violence or cause chaos by it. A group of detectives is employed to work on the case. 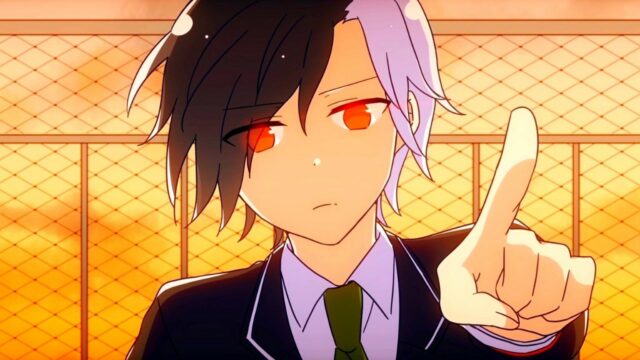