An all-new true-crime docuseries, A Wilderness of Error, is ready to hit the OTT platform Hulu. It is however not a Hulu original and the series was ordered by the FX network, where it will first premiere and arrive a day later on Hulu’s FX channel.

Based on the eponymous best-selling book by Errol Morris, the show will highlight the perils of media trial and the power of prejudice over the truth.

FX has released the very first look of the show in a new trailer. Take a look –

When does it air?

A total of five episodes have been ordered, and the first one will premiere on Friday, September 25, at 8 p.m. ET/PT on FX, and the following day on Hulu’s FX.

FX revealed more about the new series in a press release. The premiere will include the first three episodes airing back-to-back from 8 p.m. – 11:30 p.m. ET/PT, with the final two episodes airing the following week.

Smerling directs and executive produces the series under his recently launched production company Truth Media. His fellow executive producers include Blumhouse Television (The Jinx, The Loudest Voice, The Good Lord Bird) and UCP (Unspeakable Crime: The Killing of Jessica Chambers, Mr. Robot, The Act), a division of Universal Studio Group.

Additional executive producers include Michael Jackson, Rachael Horovitz, among others. Jackson and Horovitz (Patrick Melrose) acquired the rights to the book and brought the project to Blumhouse.

Podcast in the making

In addition to the docuseries, Smerling, in partnership with Sony Music Entertainment, will be launching a companion podcast, Morally (In)Defensible.

It will follow the story of journalist Joe McGinniss in the writing of his smash bestseller Fatal Vision, and also about the MacDonald murders, before the airing of the docuseries.

A Wilderness of Error is the next entry in FX Networks’ growing library of docuseries and documentary features. It follows the success of The Most Dangerous Animal of All and AKA Jane Roe.”

When Army surgeon Jeffrey MacDonald is sent to prison for killing his family, a storm of swirling narratives challenges our very ability to find the truth, all the while overshadowing a chilling possibility: MacDonald may be an innocent man.

Based on the book by Errol Morris, the docuseries will also feature the author in its episodes. 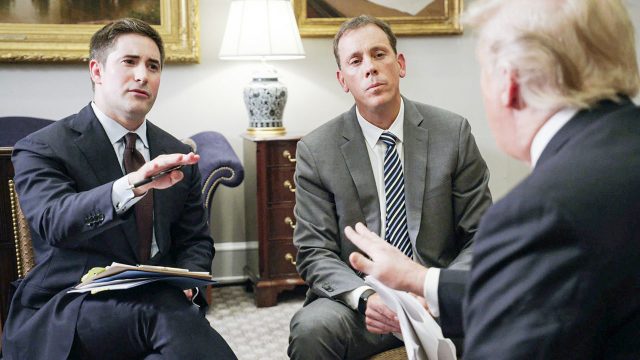