Tower of God is one of the hottest releases of 2020. A breath of fresh air in terms of animation and nostalgia-inducing regarding action, TOG has gathered a lot of attention from season 1 itself.

The anime introduces us to a world where your deepest wishes would come to life if you manage to climb a massive tower.

As the series goes on, the focus shifts from the top of the tower to different levels of the magnificent structure and the characters that wish to climb it.

Each level has a different dynamic, social structure, or even ecosystem, making the story so much more than just a short 13-episode long action series.

There are 485 chapters in the webtoon, and needless to say, the anime has a lot of potentials, which has only covered 78 chapters of the original material.

With no official announcement, TOG fans’ only desire would be to get an official release date for season 2!

Crunchyroll, the official distributor of the anime, is yet to renew Tower of God for season 2, but considering its success, we can expect it to be an addition to winter anime of 2021 or spring anime of 2022.

Tower of God is the “First Crunchyroll Original,” and even though the creators haven’t officially announced a season 2 just yet, there are high chances that the show will get renewed.

In an interview with Anime News Network, Carter Hahnselle, the brand and title marketing director, answered,

“You’ll have to check out the series yourself to see how far we follow Bam up the Tower in season one! Can’t share too much more beyond that right now…” when asked whether Crunchyroll intends to follow the entire story.

READ:  Why did Rachel betray Baam?

What to Expect from Season 2

Tower of God season 1 barely scratched the surface in terms of the story. Some fans complained that the story was rushed as 78 chapters were squeezed into a 13-episode anime.

The season covered the entirety of Tower of God: Part 1, which was more like a prologue that set a base for the stories to come. The season ended with Bam getting his own goal to get to the top of the tower which is to find out why Racheal did what she did to him.

Season 2 will most likely get 24-episodes with better pacing and more fleshed out characters and action sequences.

The anime could cover the events before the Workshop Arc in the webtoon (Season 2, chapters 56-57) with ideal pacing. Which means, we could witness Tower of God: Part 2 – The Prince of Zahard in its full glory.

There was also a little hint of Bam, the protagonist, having long hair in season 2, indicating maturity and a strong character shift.

READ:  What is Baam’s origin? – Meaning Behind his Last Name

WATCH TOWER OF GOD ON CRUNCHYROLL

About Tower Of God

The story revolves around a boy named Bam. Bam only has one person that he loves and cares about, and that is his friend Rachel. When Rachel goes into the Tower, Bam follows her. Rachel vanishes, and thus Bam starts his journey to get her back.

How did Baam become Shinsu in Tower of God? – Powers Explained! 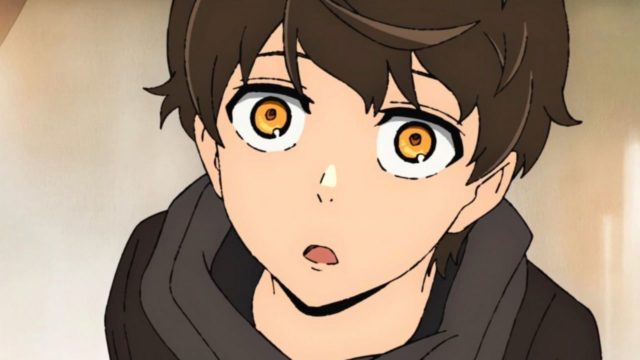 What is Baam’s origin? – Meaning Behind his Last Name

Who is Rachel in the Tower Of God? Is she evil?