Anime’s hottest Isekai, The Rising of the Shield Hero, has a pretty diverse range of powerful characters that dominate its universe. The reason is that the story involves multiple worlds from and in which characters wield their powers.

In the anime and the light novel on which it is based, the Heroes are the strongest entities in the story. A Hero can be a person from either of the core worlds, who possesses one of the 4 Legendary Weapons, or one of the 8 Vassal Weapons that are a part of each world.

The goal of the Heroes is to save the world/s from the Waves of Calamity and the Guardian Beasts, and to defeat the original enemy behind the Waves that seeks to fuse the worlds and destroy them.

Every Hero is given a title based on the type of weapon they wield/are chosen by. They can either be Legendary/Cardinal/Holy Heroes, or Vassal Weapon Holders/Seven Star Heroes.

All Heroes possess incredible power, each with varying strengths and weaknesses. Although it is difficult to rank the Heroes in terms of strength, I have compiled the top 10 strongest Heroes.

I consider the 2 Hero categories – Legendary and Vassal, from the 2 worlds – Raphtalia and Glass’s world. I won’t consider S’yne’s world since we don’t know much about the characters yet. Let’s get right to it!

Shildina is one of the 4 Legendary Heroes from Glass’s world. She is the former Miko Priestess and Oracle of Q’ten Lo and the younger sister of Sadeena, the Harpoon Hero.

She is one of the newer heroes introduced, but has already shown several natural, learned, magical, and weapon abilities. She can transform into an Orca and amplify her physical and magical might.

Her biggest strength is capturing souls and memories of deceased warriors/heroes and sealing them away in cards. With the help of a fragment of a past Hammer Hero’s soul, she could temporarily boost her own abilities.

She can also perform complex ritual, ceremonial, Vein, and ofuda magic, along with the Way of the Dragon.

The Vassal Scythe can summon and propel energy that can easily slice any target into two.

Although L’Arc mostly uses his skills to impress his partner Therese, who herself is crazy powerful, L’Arc’s short-range combat cannot be reckoned with.

L’Arc is the current king of Berg Country, and is well-loved for his personality and strength.

Raphtalia is known for being Naofumi’s first real ally and companion. She is the one most loyal to him, and possess abilities that complement the Shield Hero the best.

She is fast, and super proficient at combat, especially when she is using her sword. Her utility skills trump everyone else’s. She can use her katana in a wide variety of ways, from detecting poison to forming a tornado.

Raphtalia also has a natural affinity towards Light and Dark magic, and can use abilities granted by the Demon Dragon Emperor to absorb magic and make it more powerful.

She is also the Heavenly Emperor of Q’ten Lo, and can use moves like the Divine Clash of the Five Practices and Five Elements: Destiny Split.

Kizuna, like the other Legendary Heroes, was summoned to this world from an alternate Japan. Her main quest was to take down the Dragon Emperor, and her Legendary Hunting Tool is designed specifically to defeat monsters.

However, because it is so powerful, Kizuna is restricted from using the weapon to damage any human or sub-human races.

The offensive skills of the hunting tool are plenty. A particularly terrifying one is the Break Down: Scale Removal, which peels of specific parts from the unfortunate monster and its flesh.

Kizuna unlocks the Sloth Curse Series before being imprisoned in the Infinite Labyrinth. Later it becomes so strong that it envelops her and has an effect on the others around her.

We all know how hard it is ranking the 4 Cardinal Heroes from Raphtalia’s world. They are more or less on the same level, with Naofumi one level above the rest. But even among the other 3, I think Ren still has a longer way to go in terms of realizing his strength.

Ren’s unlocks the Greed and Gluttony Curse Series which makes him murderous, unpredictable, and very risky.

But they prohibit him from collecting EXP and resources. Without the Curse Series Swords, Ren is calmer but can still blind, burn, and impale his targets.

Itsuki believes in his head that there is no one stronger than him, and although this might not be true, this mindset is what fuels him.

He is gullible enough to fall for Malty’s manipulation, and his pride makes him unlock the Pride Curse Series. His Cursed Bow allowed him to brainwash anyone hit by his arrows.

But he stops using it after the effects on his health. It leaves him stripped of passion and aggression. I’m still waiting on Itsuki becoming who is he is supposed to be.

Itsuki is amazing with far-range combat, and never misses his target. He is also a natural esper, and has a natural affinity for wind, earth, healing, and support magic.

He also has exceptional musical abilities and was chosen to wield the Vassal Musical Instrument after his Bow is suppressed by Miyaji and S’yne’s sister.

Motoyasu is only stronger than Itsuki because the latter lost his will. Motoyasu has raw power unlike the other 3, but has less varied attacks than Itsuki.

Motoyasu has the highest level as compared to the other heroes; in the spin-off light novels, Motoyasu is at Level 300 whereas the others are 100 levels lower.

He unlocked the Lust and Envy Curse Series and used Temptation and Ressentiment to cause an actual rampage. He still uses the Curse Series because they don’t cause any serious side-effects for him – besides amplifying his obsession with Filo.

He has a natural affinity for fire, healing, and support magic, and can cast high-level spells, together with his synergy skills.

Motoyasu is incomparable when it comes to offensive abilities due to his Holy Spear.

Glass is a level apart from the other characters because she comes from a different race. She is a Spiritual Being with powers that are not to be messed with. With traditional Japanese fans, unsuspecting opponents are completely blown away – quite literally!

She uses Soul Power, an attribute that constitutes the Sprite People’s magic. She can keep replenishing and building up her Soul Power if she has enough soul-healing water.

She can shower her enemies with wind blasts sharp as blades, and can turn the moon red with light from her fan.

She can also combine her attacks with those of Therese and Shildina. Glass can also fight in Freegem Style, the techniques of which can repel magic, redirect spells, and recreate them.

Naofumi is the protagonist of the series. Even without plot armor, our favorite Shield Hero has seen a pretty impressive evolution in terms of strength.

Since, the beginning, his power has stemmed from his hatred towards the world and people. His anger is so strong that he unlocked the Wrath Curse Series. With the Shied of Wrath, his rage can overpower any foe.

Eventually, Naofumi unlocks the Blessed Series that balances the Curse. The Shield of Compassion allows him to empathize and show compassion towards his allies and rivals.

Naofumi is on #2 primarily because he keeps implementing his upgrades and takes the time to train and get stronger. The rest of the heroes all knew the grinding spots for EXP, but Naofumi took the long route and thus gained more actual combat skills.

He is second to no one when it comes to defense because of his Holy Shield, but he can also demonstrate a variety of methods to attack his opponents as well.

He is also the only other character that we know of, along with Itsuki, who wields a Legendary as well as a Vassal Weapon.

Naofum is only getting better and stronger, if not badder.

Fitoria, the Carriage Hero, wielder of the Vassal Carriage, is the strongest Hero in The Rising of the Shield Hero. She is the Queen of the Filolials, and can overpower all the Heroes together. Her spells and ancient knowledge are a result of several generations of survival.

Fitoria has all the answers about the Waves of Calamity, the Weapons, and the Heroes. Her magic is unparalleled in terms of scale and power, and yet we know nothing about her true nature and prowess.

She can teleport to a saved location, and transform to a height that can look the mountainous Spirit Tortoise in the eye.

No one and nothing can beat Fitoria. 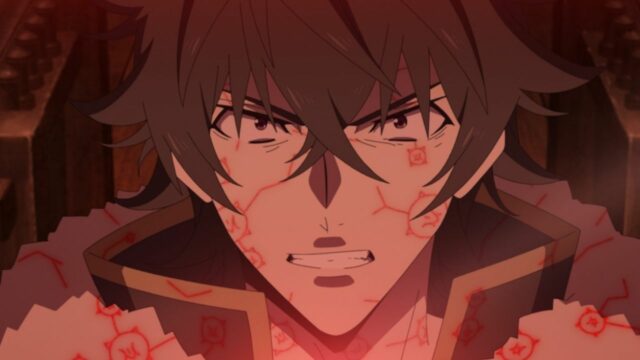 Why is the Shield Hero public enemy No. 1 in Melromarc? Is Naofumi to blame? 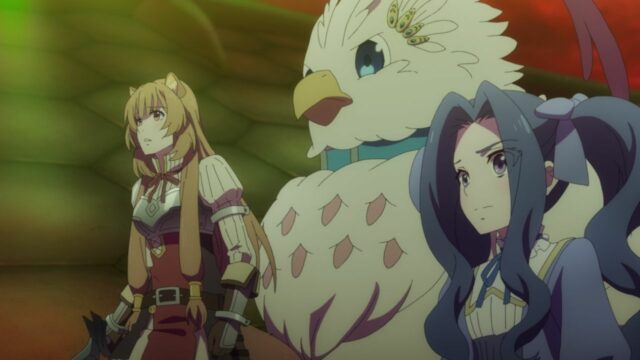 Who is the strongest character in Rising of the Shield Hero? 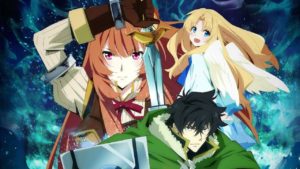 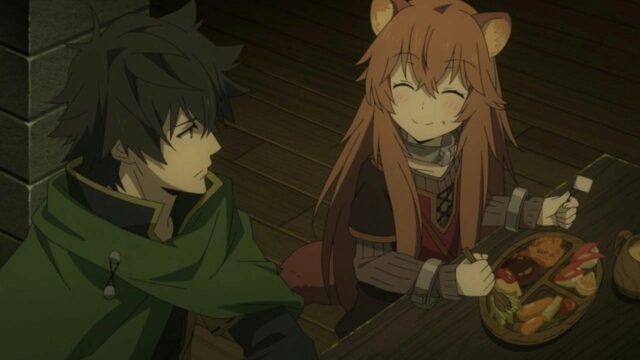 Does The Shield Hero Naofumi Fall In Love With Raphtalia? 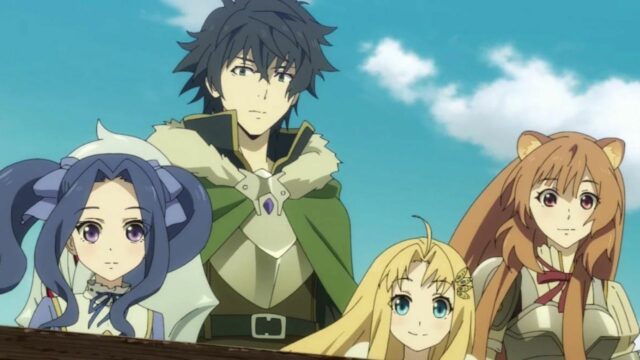 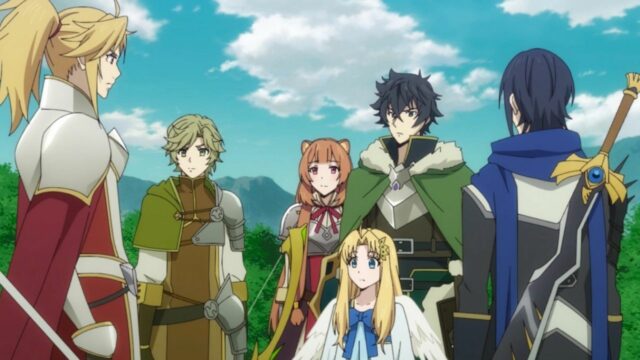