The late ‘90s and early ’00s were an extremely experimental era of anime where creators like Satoshi Kon and Chiaki J. Konaka created many psychological thrillers. One of them being, Serial Experiments Lain by Chiaki J. Konaka.

Serial Experiments Lain is an anime that demands your absolute attention and is not something you could treat as white noise while doing something else. It is a very dark and mature anime that forces you to think about our society and makes you want to discuss what you just watched. It may take one than a single watch for you to truly grasp the essence of the anime.

A true madness masterpiece, Serial Experiments Lain was way ahead of its time.

If you love anime like Paranoia Agent, Serial Experiments Lain is a must-watch!

Serial Experiments Lain has only one season with episodes chronologically released. Hence, there is no need for a special watch order.

The plot of Serial Experiments Lain is simpler than its concept. The story is disjoint in nature, and the pacing is slow. These seemingly off-putting aspects of the show, actually make it more impactful. The story forces you to think about the events that take place, and despite having no jump-scares, it makes shivers crawl up your spine.

The main character, Lain, is perhaps the most thought-out and deep character in a psychological anime. Her actions as a character are realistic, and her emotions, jumbled, and complex. The side characters in the form of Lain’s family, too, have depth and an understanding of the environment around them.

Serial Experiments Lain believes in the saying, “A picture is worth a thousand words.” Some concepts are best described by imagery or a series of images. Although it is not conventionally eye-pleasing anime art, the way it distorts according to emotions of our characters and bends around the plot is commendable.

The soundtrack perfectly resonates with the environment of the anime. Again, it isn’t catchy or especially melodious, it conveys the depth and complex themes in the anime.

Serial Experiments Lain is an anime television series produced by Yasuyuki Ueda and animated by Triangle Staff. It was directed by Ryūtarō Nakamura and written by Chiaki J. Konaka.

Serial Experiments Lain follows the story of Lain Iwakura, an introverted technophobe 14-year-old. One day a classmate of hers commits suicide, and the following day, she, along with other classmates, receives an email from the deceased girl, Chisa Yomoda. Whenever Lain opens her email, it directs it to Wired, a virtual world of invisible networks that is similar to the Internet. Wired exposes her to strange, mysterious, cryptic messages that affecting her in real life. She is followed by Men in Black wherever she goes and asks her a variety of questions, some being personal. She feels as if they know her more than she knows herself. With the line between the virtual and real-world getting blurry, Lain begins to experience a series of bizarre mishaps where her personal identity and worldly perceptions begin to alter and takes on new meanings. 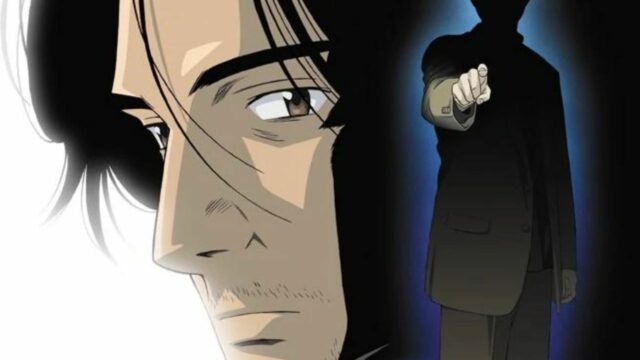