Much of Demon Slayer’s aesthetic stems from its brilliant animation style. A factor that reaches its peak during the fighting sequences spearheaded by the elite batch of slayers called as Hashiras (Pillars) of the Demon Slayer Corps.

During Tanjiro’s diligent journey in becoming a strong Demon Slayer, the anime introduces us to various slayers that have cemented their skill and worth on the show. Let us talk about the strongest Demon Slayers that have engaged the readers till the end!

Mitsuri was a Hashira who practiced the Breath of Love, a personalized breath style derived from Breath of Flames. Mitsuri was an exceptionally skilled swordsman that showed no mercy on the battlefield despite her compassionate nature otherwise.

Mitsuri possessed a unique constitution that gave her skin eight times the density of a normal human’s.  Due to her immense physical strength, she was able to deliver fast and powerful blows to her opponent and was quite flexible with her fighting style.

Once her Demon Slayer Mark awakened, her skills were enhanced enough to withstand the Upper Moon 4’s most powerful techniques.

Kanao is a Demon Slayer that was under Shinobu Kocho’s apprenticeship. She possesses a superhuman level of physical skill that places her as a potential Hashira for the Demon Slayer Corps.

Two of the most outstanding abilities that Kanao exercises is her keen eyesight that helps her accurately predict an opponent’s attack by the slight of their muscle. An ability that even impressed the Upper Moon 2, Doma.

Second is her mastery over the Total Concentration Breathing that allows her to harness the full potential of her fighting style.

Obanai was the Serpent Hashira of the Demon Slayer Corps. Obanai held the position of being one of the most powerful swordsmen in the entire organization.

He possessed a great amount of strength and endurance that aided him in battle. During his battle against Muzan, Obanai awakened his Demon Slayer Mark that enhanced his reflexes and allowed him to dodge Muzan’s quick attacks.

He even briefly accessed the Transparent World during this battle. Being partially blind in one eye, he mastered a combat technique that utilises his snake Kaburamaru. Obanai was even able to manifest a Crimson Red Nichirin Blade.

Muichiro ardently practiced the Mist Breathing Technique as a Hashira. Muichiro may have a small build but he possessed immense physical strength which rivaled Tanjiro’s by a great margin.

After gaining his Demon Slayer Mark, he was able to defeat Gyokko, Upper Moon 5, with ease and even land a critical blow to Kokushibo, Upper Moon 1, before his fatal end.

Despite his young age, Muichiro was able to develop his skills incredibly well and earn a powerful title. Much like Tanjiro, he was able to access the Transparent World and even wield a Crimson Red Nichirin Blade against Kokushibo.

Giyu is the first Hashira that Tanjiro encounters.  He practices the Breath of Water. He is a skilled swordsman who is able to effortlessly defeat powerful demons – as seen by his ability to kill Rui and Spider Demon Father without batting an eye.

With great innovation, Giyu created the 11th form of the Breath of Water. His battle with Akaza awakens his Demon Slayer Mark that enhances his skills remarkably.

Interestingly, Sanemi possesses a rare intoxicating type of blood that causes demons with caliber, such as Kokushibo, to lose focus.

Saneku awakened his Demon Slayer Mark during his battle against Kokushibo that further enhances his physical strength and endurance incredibly.

Gyomei Himejima, the Stone Hashira, is the strongest Hashira of the Demon Slayer corps. Tanjiro took his title of the strongest after learning Breath of Sun in the end of the manga. Even Kokushibo claims he’s never battled anyone of Gyomei’s caliber in the last 300 years.

Gyomei possessed an inhuman level of strength that peaked through the Total Concentration technique. Although he was able to awaken the Demon Slayer Mark and access the Transparent World, Gyomei put up a brief but intense fight against Kokushibo without the mark.

Naturally, Tanjiro possesses immense strength, endurance along with great reflexes and an enhanced sense of smell. During Giyu’s fight with Akaza, Tanjiro was able to withstand his powerful techniques and even one up Akaza with his speed, ultimately saving Giyu.

Prior to his battle with Muzan, Tanjiro finally perfects the Sun Breathing technique and accesses the 13th form which helps prolong his peak abilities that include the Selfless State, the Transparent World and the Crimson Blade.

Yoriichi Tsugikuni was the strongest demon Slayer of all time. He is the creator of the first and the most powerful breathing style, Breath of the Sun. He is the only Demon Slayer who was feared by the Demon King: Kibutsuji Muzan.

His name strikes fear in Muzan. Yoriichi possessed the Demon Slayer Mark and Transparent World upon birth. He was viewed as a miraculous prodigy that could defeat multiple demons at a young age due to his immense speed and strength that floored Kokushibo and Muzan.

While we’ve listed all the strongest demon slayers that managed to earn the top ten positions, the world of Kimetsu no Yaiba isn’t lacking in strong slayers.

Therefore, there are some honorary mentions we’d like to list who also serve as scene stealers during action sequences. 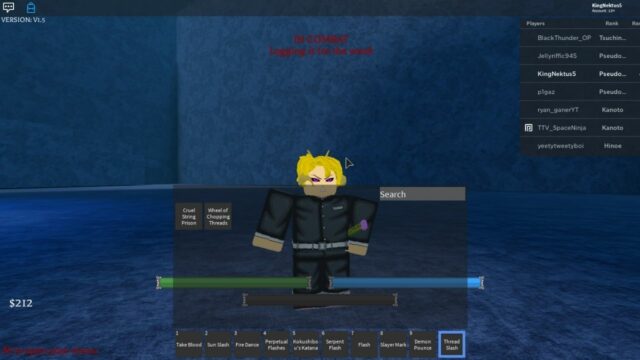