I am sure all of us have read stories of vigilante characters who took justice into their hand, much like Death Note’s Light Yagami or Batman from the DC Universe.

Recently, we came across a social media vigilante third-party accused of causing copyright takedowns of the images related to Shueisha properties, including fan-arts and cosplay photographs.

From last Thursday, numerous Twitter accounts got locked or deleted in response to copyright claims allegedly under the name of the Japanese manga publisher, Shueisha.

This Wednesday, Shueisha shocked everyone by denying any involvement in the Twitter takedowns and claimed that a third party was misusing their name without permission.

Shueisha also published on its MANGA Plus website that it had been “falsely misrepresented by an individual.”

The company is now sending in copyright claims and investigating with social media platforms to decide on a course of action.

We initially thought that a bot might be responsible for these random strikes, but there is more to this controversy.

On Monday, Twitter user @newworldartur revealed a document which professed that Shueisha did not make the copyright claims, but a third party used Shueisha’s name to cause harassment.

Now, who will believe such a claim without any proof? That’s why the post identified the phone number and the fax number in the claim document as belonging to Kadokawa and not Shueisha.

It further claimed to identify the culprit in the claim document with a YouTuber having a similar moniker. The YouTuber threatened another YouTuber with harassment and copyright claims to force them into entering into a relationship.

The truth is still very murky, and now all we want is to identify and punish the one who caused this chaos since the copyright strikes involved fan-arts and cosplay, belonging to the artists.

However, this isn’t the only problem Shueisha is facing right now. There is another controversy involving a One Piece editor’s internet viewing history, which had one of the links to an adult manga pirate site.

So far, 2021 has not been the best year for Shueisha, and the company is expected to deal with these issues sensibly without dragging down its reputation any further. 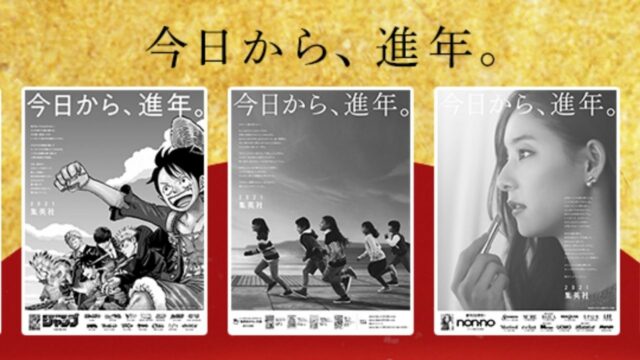