Although there is no official announcement regarding season 2 yet, the final episode had many hints, which strongly suggest that there is more story to come.

READ:  That Time I Got Reincarnated As A Slime(TenSura) Season 2 – Release Date, Where to Watch & Other Updates

The final episode ended with a major cliffhanger. After the bout between Cooking Club and Team X, they all cooked together as a sign of reconciliation and enjoyed the meal afterward. However, on their way back home, they found an injured Shishino.

The episode ended with Shishino telling the Cooking Club about the arrival of the insect students of Fabre Academy, who are a threat to Seton Academy.

READ:  Is It Wrong To Try To Pick Up Girls In A Dungeon (DanMachi) Season 3 – Release Date, Where to Watch & Other Updates

This not only points towards a highly exciting second 2 but also towards more drama between Jin and Anetani since Jin has just realized that Anetani is a Neanderthal and not a human.

Seton Academy will also release a special hot spring episode alongside the third volume of the Japanese Blu-ray on July 3.

5. About Seton Academy: Join the Pack!

Seton Academy: Join the Pack! is a Japanese manga series by Bungo Yamashita. It has been serialized online via Cygames’ Cycomi manga app and website since May 2016 and has been collected in eight tankōbon volumes by Kodansha and Shogakukan.

Seton Academy, a school full of animals where, thanks to population decline, there are fewer humans than any other creature. Mazama Jin, an animal hater and the only human male in his class, falls in love with Hino Hitomi, the only female human, the moment he lays eyes her.

However, he soon finds himself entangled with various other creatures after he reluctantly joins the ‘pack’ of Lanka, the wolf, the only other member of her pack. 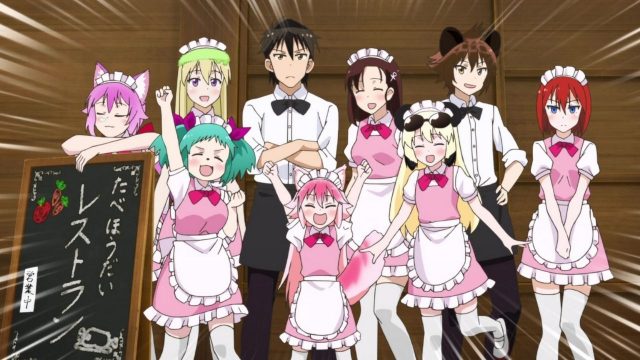