Say “I Love You”, also known as Sukitte Ii na yo, is a very realistic and relatable Shoujo anime. It aired in October 2012 and finally concluded its run in with an OVA in 2013. Even though the anime ended almost a decade ago, its popularity only increased. Attracting several fans ever since its release, Say “I Love You” Season 2 has become a much-awaited romance sequel.

Following Mei Tachibana and Yamato Kurosawa, Say “I Love You” presents a genuine picture of high school relationships. Mei is a girl who came off as reserved and shy. Her past experiences with bad friendships led to her distancing from everyone. However, she starts breaking out from her shell when Yamato, the most popular guy in school, helps her out of a stalker situation.

The anime is not too dramatic or overly sweet but will surely make you nostalgic and reminiscence about your own school days.

Table of Contents
1. Release Date
2. What To Expect From Season 2
3. About Say “I Love You”

Say “I Love You” Season 2 has not been announced yet. The show ended a while back, and we still haven’t got any information regarding the release of a new season. If the anime does get another season, it shouldn’t take longer than Fall 2023 to renew.

The anime still hasn’t covered a significant chunk from the manga so, many fans still believe that we might get another season. However, since it has been so long, it seems a little unlikely.

Season 1 of Say “I Love You” ended on chapter 28 of the manga, covering 7 volumes. There are 18 volumes in total, so scarcity in terms of material to be adapted won’t happen. Also, the first season skipped over lots of things to wind up the series in 13 episodes, so Season 2 may do that as well.

Season 2 would continue the story of Mei and Yamato following their high school years, after which they move on in their lives. In later chapters of the manga, the two also consider moving in together around the age of 25. Perhaps, a second season is what we need in order to get a truly satisfying ending.

Say I Love You, also known as Suki-tte ii na yo, is a Japanese 2012 romance anime based on Kanae Hazuki’s manga of the same name.

Socially withdrawn, Mei Tachibana has spent her high school years without making friends or getting a boyfriend because of a childhood incident that left her believing that friends are just people who will betray you sooner or later.

Mei encounters a popular boy named Yamato Kurosawa who becomes interested in her. Through their unexpected friendship and blossoming relationship, Mei ultimately begins to break down her walls and befriend others.

When he first meets Mei, she kicks him by mistake, thinking that he was trying to lift her skirt. Instantly attracted to her fascinating personality compared to all the other girls he has met, he gives her his cellphone number and tries to befriend her.

When a stalker harasses Mei, she turns to Yamato for help. To make it clear to the stalker that she is with someone else, Yamato kisses Mei. Over time, they develop feelings for each other and start dating. 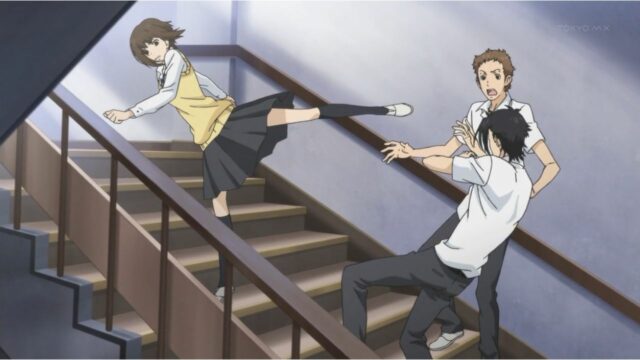 Is Say “I Love you” Worth your Time? – Full Review 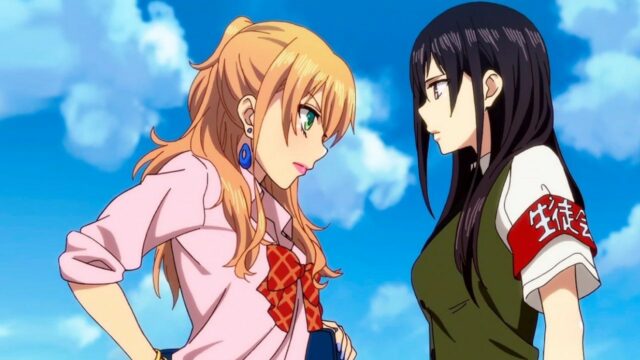