Chapter 40 of Samurai 8: Hachimaruden will release on March 1st, 2020. It will begin with the epic clash between Ata and the two legendary samurai – Daruma, the dog samurai of Kongo Yasha, and Hanaichi, the cat samurai of Ususama style.

READ:  Samurai 8 Introduces Its Own Set of Jinchurikis

Chapter 40 is going to be fantastic and probably one of the best Samurai 8 chapters for volumes to come! Current chapter ending with Daruma and Hanaichi launching a combined attack on Ata to which Ata’s response was rather unexpected.

Ata went head-on against the two legendary samurai claiming to be the only samurai to know both Kongo Yasha & Ususama style.

The next chapter will probably establish everyone’s power levels based on the clash between the central antagonist and two legendary powerhouses.

The raw scans for chapter 40 just came out, and if you think 39 was amazing, 40 will leave you astounded for sure!

The seemingly powerful duo of Hanaichi and Daruma was no match for Ata’s Kono-Yasha/Ususama Combined Style…World of Death!

Chapter 39 – Sneak Attack, starts with Ann telling Hachimaru about her backstory – how she became a princess and how her brother died.

She explains that her brother Nanashi committed the samurai ritual but failed and died. After being alone for years, Ann found some uncanny resemblance to her brother in Hachimaru.

This leads to a beautiful exchange of dialogues between the two:

Hachi: I would die to protect you, Ann!

Ann: Because I am your princess of fate?

Hachi: No. Because you’re you, Ann.

The next panel shows the arrival of Ata in a gigantic holder, which is powered by souls of numerous samurai. Daruma uses his power to manifest his original body and Hanaichi’s too.

The final panel shows an epic clash between the two and Ata. To their attacks, Ata replies that he believes he has a chance of beating them since he is the only disciple of both styles.

Kishimoto’ Samurai 8 is currently published under Shueisha’s Shonen Jump. We recommend you buy the manga/books and read from official sources only. #SAYNOTOPIRACY

You can also buy Samurai 8: The Tail of Hachimaru Volume 1 because there’s nothing like a real book. 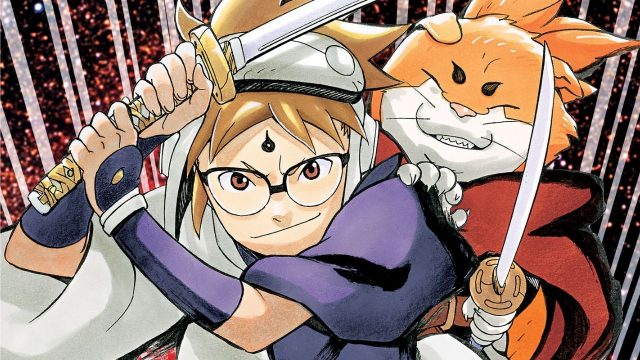 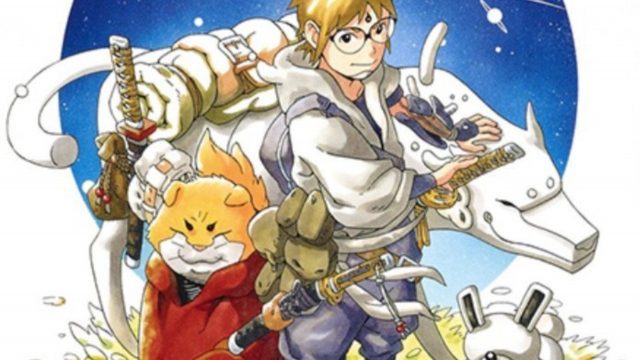