Wouldn’t it be great if you got to travel along with beautiful women on a train every time? Well, in this case it is possible, as trains are navigated by young ladies!

Rail Romanesque is an upcoming short anime based on the Maitetsu Visual Novel by Lose.

Striving to bring back nostalgic memories, this upcoming sci-fi and slice-of-life anime will be premiering this October. Let’s read more on that now.

The official website of the digital novel Maitetsu revealed the cast and staff last week.

The anime Rail Romanesque will be releasing on October 2nd, 2020. The 12 five-minute episodes will premiere on the Tokyo MX channel.

The anime is directed by Hiyoshi Hirasawa and will be produced by Saetta. Koichi Motomura is writing the script for this short anime while Takayuki Noguchi will be handling the character designs.

A Comic Market event confirms that the anime will only be of 5 minutes in length per episode. It also said to be an original anime based on the visual novel Maitetsu.

But why is this spirit train-girls visual novel so trending amongst the young fans?

2. Popularity of the Visual Novel

Lose developed the original Maitetsu visual novel with art by Cura. There is a Nintendo and a Playstation version for the novel game.

There have been all positive reviews from the customers on the store site.

The main reason for the love for this playful novel is that it is very light and easy to understand, has a good portrayal of characters, intriguing details with animation good enough to make the visual novel interesting.

You get to know a little about the Japanese railways along the way, the number of accidents, their struggle, and the fierce competition with the airways.

The background music and the theme song is very catchy; they fit the steam railroads aspect with a bit of romance thrown in.

The different routes you take, the different ambiance you get while playing. Let’s get into this in detail by looking at the plot.

The official website of the TV animation “Le Romanesque” is finally here! https://railromanesque.jp Moderator is Suzushiro. Actress Railroad, Railroad for Manoka Railway C12 67. I will also introduce related information with my friends from this Twitter. stay tuned!

The original Maitetsu takes place in an alternative reality in Japan, where railroads were the most popular form of transportation.

But the difference with these railways is that the trains were paired up with humanoid modules called Railroads.

Due to a new form of travel, airways, the railroads were practically forgotten and eventually discontinued.

In the visual novel, the audience assumes the role of Sotetsu, who accidentally awakens a Railroad. But the anime features an original storyline wherein the main character is Suzushiro.

The city is now planning to host the first Maitetsu Festival to bring together Railroads and their respective masters from Hinomoto.

The start of any gripping story is its imagery, so let’s see how they look like!

The official site revealed a story introduction, a new visual for the anime, character designs for the new characters for the 12-episode Fall 2020 anime.

No official teaser or trailer has been released by the website. Once they are, we will update this article.

But will the general audience, who have not even wrapped their heads around the concept of train girls, like this short anime?

I. Response from the Readers

The fans of the series are excited because the new visuals look interesting and thrilling.

The readers of the visual novel are eager to jump into the alternative reality of human-controlled trains.

With new theme songs for the anime, they hope it would surpass the original track of the visual novel.

II. General Reaction to the Visuals

Seeing cute girls turn into an android train navigator is an interesting concept, even by anime standards.

The plot seems easy enough to grasp, and the info dumps serve a purpose. The girls are very cute, and fans would love to see them on screen now!

With just five minutes per episode, non-novel readers are sure to watch it in between their daily anime-binge.

Now that we know the series will be a hit among the viewers (Lolis!) let’s discuss the staff creating it.

Let’s look into the technical details of this upcoming anime to check what influences the production of ‘Rail Romanesque.’

Saetta will be animating the short anime. The animation studio has other works too, like Yatogame-chan Kansatsu Nikki and Jingai- san no Yome.

All of them are short anime with 3 minutes per episode. Rail Romanesque might be a game-changer with 5 minutes.

Saetta creates a lot of cute characters but simple, nothing too extravagant.

It gears more on teaching the viewers rather than focusing on the animation fluidity, so the art falls a bit on that side.

The humanoid train girls, though, might change that for the studio.

Hirasawa Hisayoshi, who has directed and produced many anime, will be undertaking Rail Romanesque.

He has worked on Bernard-jou Iwaku, Danchigai, It’s My Life, Netsuzou TRap, Ozmafia, and more.

Kouichi Motomura has tried his hand at scripting in this anime, but he has also done a lot of key animation in other anime.

He has worked in Devil May Cry, Fullmetal Alchemist Brotherhood, Naruto Shippuden: The Lost Tower, Toradora, and many more.

Ayumi One, Megu Sakuragawa, and Masayo Shinkai will be performing the theme song. The person in charge of music production is Ayumi One.

The OST for the visual novel was mind-blowing and fantastic, but would the anime be able to compete against it?

We can only wait until October to see the results.

The following are the cast and staff members for Rail Romanesque:

Adapted from the Maitetsu visual novel by Lose, Rail Romanesque is a collection of 12 episodes of 5 minutes duration each.

The story is about an orphan boy who accidentally wakes up a Railroad.

The lord and the boy then team up to save the town from water pollution and other dangers that threaten the human world. 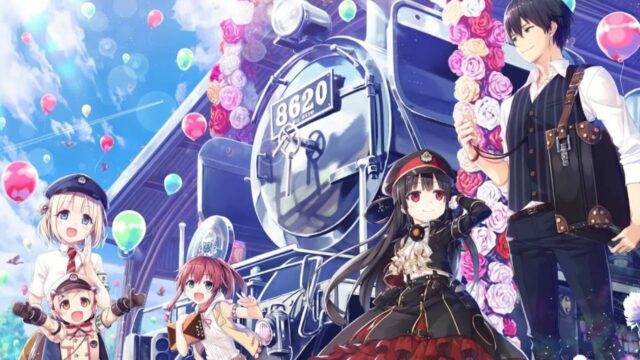 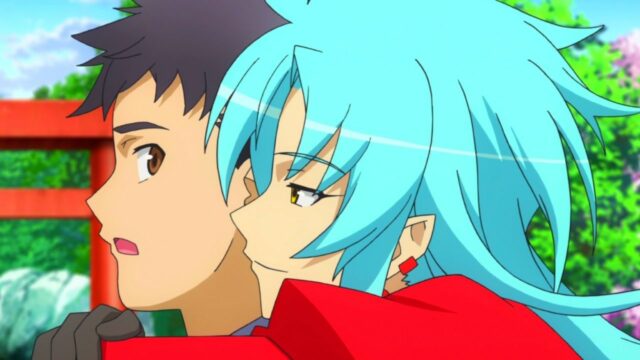