The spoilers from One Piece chapter 1052 are out, and a lot of fan theories have just been proven wrong.

With the second-last chapter of the arc, things are finally settling down in Wano Country. But as everyone celebrates their freedom, a new threat looms on the horizon.

Tags
SPOILERS AHEAD! This page contains spoilers from One Piece .

The chapter takes place one week after chapter 1051, where the adult form of Kozuki Momonosuke became the new shogun of Wano.

This is a healing period for Wano Kuni, with Momo facilitating the rebuilding of the entire nation.

The new chapter tells us of the demise of two beloved Scabbards, the reveal of an enigmatic Admiral, new pirate bounties, and much more.

Here are all the leaks in sequential order from the upcoming chapter, titled “A New Morning.”

Contents
1. Kaido, Big Mom Not Returning
2. Germa’s Adventure Continues
3. Zunesha Leaves, Wano’s Borders Still Sealed
4. Gorosei Are Alerted
5. Hawkins and Drake Have a Chat
6. Citizens Learn the Truth
7. The Death of Ashura and Izo
8. Luffy and Zoro Awaken
9. The Replacement of the Yonkos
10. Admiral Ryokugyu Enters Wano
11. About One Piece

A lot of people assumed that Kaido and Big Mom, although legitimately defeated, were going to come back. But according to the spoilers, we can somewhat be certain that the 2 Yonkos will not be returning.

7 days have passed since the 2 were beaten by Luffy, Kid, and Law; there is no mention or glimpse of either of them – at least in the spoilers.

If they are to return at all, it looks like they’ll only show up in the next arc.

In the new cover story, the Germa encounter Caesar, the scientist who led the MADS research team with World Government’s Vegapunk.

With Momo’s decision to keep Wano’s borders closed, Zunesha, with Zou on his back, disappears into the fog.

In the Holy Land of Mary Geoise/Marijoa, the Five Elders are alerted about what went down in Wano by the CP0 agent who managed to escape.

They speak about how Nika has finally appeared in the new world and how they can’t believe that 2 powerful Yonkos were defeated at the same time. This kind of news can’t be covered up and the public is bound to become aware of it.

They also say that this is the worst timing possible for the incident to happen. They contemplate about what they should do. They are impressed that someone had the brains to keep Wano sealed like an iron fortress.

The World Government has their ships surrounding Wano. If Momo would have reopened the borders, the Government would have sent their armies to invade the country.

The Gorosei tells the CP0 agent that they expect him to bring back Nico Robin and he agrees.

Their conversation is interrupted by Den Den Mushi, and the scene shifts back to Wano.

5. Hawkins and Drake Have a Chat

Inside the Onigashima castle, a severely injured X Drake talks to Basil Hawkins from the Beasts Pirates.

Hawkins tells Drake that when he was facing the monster, i.e., Kaido, he saw death and wanted to give up, and ended up becoming his subordinate. He saw Kid and his pirates during the war and was amazed at how they fought on.

Earlier, Drake had tried to convince Hawkins to betray the Beasts Pirates and join the Alliance. Hawkins had dismissed him while predicting that there was only a 1% chance of a certain man surviving until the next day.

Hawkins reveals that he had been talking about himself that time, that the “certain man” was Hawkins himself.

All the citizens of Wano learn the truth in the 7-day transition. A teacher at school tells his pupils about the “history of the heroes” – about Kozuki Oden, about Momo and Hiyori.

They know now that Lady Komurasaki is actually Hiyori, Oden’s daughter, and that Kawamatsu the Kappa was the one who had saved her from the burning Kozuki castle. They learn about Kyoshiro’s true identity, that he is Denjiro from the Akazaya Nine.

They also speak of Joy Boy and one of them says, “I heard that he’s no longer in this country!”

This is interesting, since Luffy, who is Joy Boy, is still in Wano, but Zunesha isn’t. Perhaps this means that Zunesha is necessary for Joy Boy to be present or active.

7. The Death of Ashura and Izo

In Ringo, Kinemon tells Kawamatsu that they should build a shrine for the fallen heroes on top of the hill so they can overlook the Capital from their graves.

Oden, the Daimyos, Yasui will be laid to rest here, as will the recently slain Ashura Doji and Izo from the 9 Red Scabbards. Ashura and Izo lost their lives while battling Maha.

Poor Marco has lost another friend, a brother. He agrees with Kinemon and says that “nothing beats resting in one’s homeland.”

Luffy and Zoro, who were unconscious and were being treated by Chopper, finally wake up in chapter 1052.

Of course, they pounce on meat and sake the moment they’re awake, and Oda gives us a few panels of humorous conversation between the Straw Hats, Momo, and Yamato, joined later by Kiku, Toko, Tama, and Hiyori.

Momo throws a nation-wide feast and the citizens celebrate the return of the Kozuki clan. Everything looks like it’s back to normal.

9. The Replacement of the Yonkos

In Udon, Kid tells everyone to avoid letting their guards down. Killer says that they would now be replacing the Yonkos as the next big targets.

With the morning newspapers, new bounties would be released and everyone outside will learn of what happened in Wano.

Bepo hints at the fact that the captains’ bounties will have risen to a number that has never been seen before.

Apoo comes into the scene and teases us further: he says that the new bounties, as well as the ones who will become the new Emperors or Yonkos, have already been published.

The actual bounties will be revealed in chapter 1053.

At the end of the chapter, we see someone familiar, but his back is turned to us. There is a flower-helicopter on his back, and he is mid-air.

This person is talking to fleet admiral Akainu/Sakazuki, who asks him where he is. Akainu calls the man Greenbull, which is Ryokugyu’s alias.

Greenbull says that he can see the land of Wano below him, and Akainu tells him not to do anything rash or unnecessary.

Greenbull’s “Yeah, I know, trust me” is somehow not very promising.

With Greenbull’s entry, things are bound to spice up soon. I can’t wait to see what happens!

Chapter 1052 officially releases on June 12 and will be available to read on Viz Media and Manga Plus. 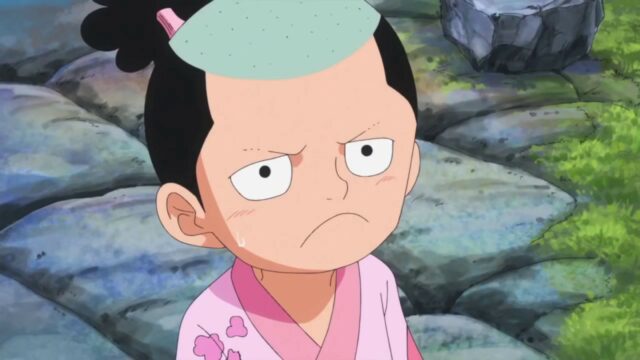 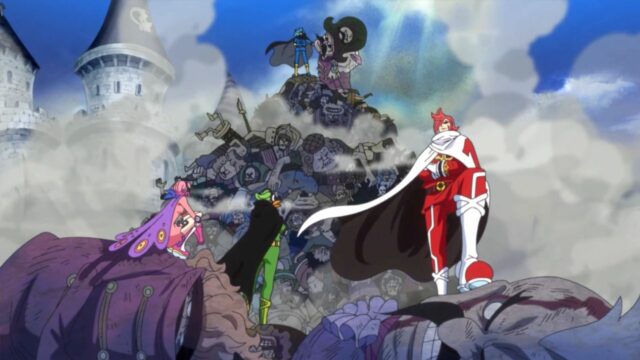 One Piece: Will Germa 66 escape safely from Whole Cake Island? 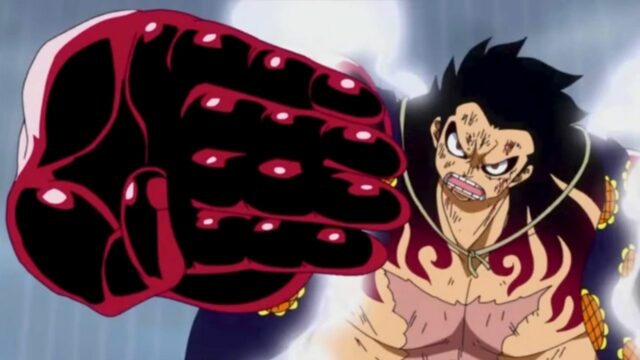