My Teen Romantic Comedy SNAFU throws away the usual trope of a loser MC trying to befriend other students at his school.

Instead, the anime gives us Hachiman Hikigaya, a cynic hating the norms of society, who gets thrown into a club filled with troubled teenagers and tries to solve their problems.

Based on Wataru Watari’s 2011 light novel series, My Youth Romantic Comedy Is Wrong, As I Expected a.k.a My Teen Romantic Comedy SNAFU was adapted into an anime, manga, and even video games after garnering huge popularity with its enjoyable story.

Now, My Teen Romantic Comedy SNAFU is coming back with a game that is currently being developed under MAGES. The game will also feature an exclusive OVA, specially made for the game’s promotion.

In the recent Oregairu Fes FINAL event, it was revealed that the franchise is coming up with a new title – Yahari Ore no Seishun Love Come wa Machigatteiru Ketsu.

This will be a new project for the franchise after My Teen Romantic Comedy SNAFU Climax was released in July 2020. Crunchyroll is currently streaming both the subbed and English dub version of Season 3 with all 12 episodes.

My Teen Romantic Comedy SNAFU had already dived into the world of video games with two PS Vita games back in 2013 and 2016. Now this new game will be a great addition to the franchise’s already impressive adaptation line-up.

We are very excited to see how the new game turns out!

About My Teen Romantic Comedy

Written by Wataru Watari and Illustrated by Ponkan8, this story was adapted into a manga thrice. It was picked up for an animated adaptation by Brain’s Base. Still, it was animated by Feel Studio in its second season.

This anime is of the slice of life genre featuring the story of the pragmatic highschooler Hachiman Hikigaya.

He is forced to be a part of a Service Club by his teacher alongside Yukino Yukinoshita and Yui Yuigahama. Despite having wildly different personalities and beliefs, they offer help to those in need. 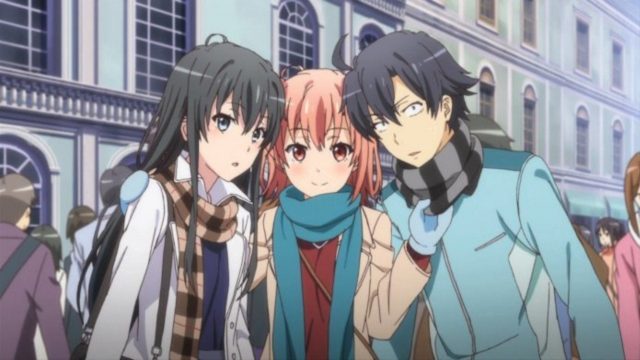 OreGairu Season 3 Will Soon be Streamed on Crunchyroll