Michael B. Jordan, known for his performances in Black Panther and both Creed movies, is in the news for something one may not necessarily associate with him. He has publicly admitted to being a fan of anime and has hence gained the love of Otakus all over the globe. This interest of his has led to Jordan collaborating with Coach to create a fashion collection which was recently announced.

Jordan developed such a strong connection to Naruto that he admits dropping tears during the series finale of Naruto: Shippuden. After being named a global ambassador for Coach last September, this fashion capsule was his latest project with them. In a recent interview with Highsnobiety, he revealed that the animated series, Naruto, has played a decisive part in shaping this fashion collection.

Coach’s creative director Stuart Vevers, who was also at the interview, was given a fun intro to the world of Ninjas and Chakra by Killmonger himself! On the other hand, Michael took this opportunity to learn more about the process of making clothes and is said to have risen to the challenge.

“Anime is something that was a big piece of my childhood, my adult life, and my creativity,” Jordan said. “Stuart was super creative. I built a relationship with him over the years and got a chance to know him. I gave him the education on Naruto — what everything means, the characters, and the symbols. Then we started picking out pieces and started to design them.”

“A collaboration is at its best when it involves something personal. And this was really personal to Michael, so I was really intrigued to learn more about it, but also really supportive because it felt authentic to him,” says Vevers. He happened to be going to Japan just after speaking with Jordan about the inspiration, so arranged to meet some of the Naruto team while visiting the country. “It’s incredible the detail that he knows about the genre and specifically Naruto — he can go into so much detail that sometimes I had to say: ‘Okay, you have to slow down…’ because he’s so passionate about it,” continues Vevers.

“I wanted something that people who loved anime would be able to pick up on — small Easter eggs here and there that people really grab onto … It’s subtle. It’s not over the top, but you still get it in the lining of certain jackets, or a print on some of the tote bags,” Jordan said.

Coach dropped a teaser video for the collection and it features some slick VFX work with Michael being seen with some “killer” Sharingans in the video. A few items from the entire collection were shown in the video including a jacket donning the Konohagakure (Hidden Leaf Village) symbol and a similar one with an Uchiha Clan sigil too. A bomber jacket with removable sleeves is also on the list, making fans feel like Jounins when they step out of their house. Jordan admitted to the jacket being his favourite piece from the collection. Needless to say, Naruto fans hope to see more from the actor down the line in his collaborations with Coach.

In close-cut combat with the demon Kyuubi, the Nine-Tailed Fox, Konohagaukre’s Fourth Hokage and his wife lose their life. To secure the safety of their beloved village, they seal the demon inside their son, Naruto Uzumaki, moments after his birth. Now Naruto, must struggle to grow up in this hate-filled world which seems to despise him for no reason.

Michael B. Jordan turned down live-action opportunities for anime 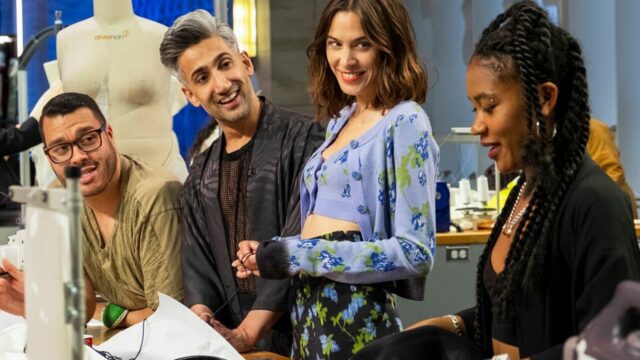 Netflix’s Next In Fashion Season 2 CANCELED, Find Out Why