Mushoku Tensei or Jobless Reincarnation anime is an upcoming new release in January 2021. The series will be adapting its storyline from the original web light novel that came out in 2014.

Jobless Reincarnation would be one of the first isekai anime of 2021, and due to the success of its LN, fans have high hopes for the show.

Jobless Reincarnation follows a 34-year-old NEET, killed while saving a stranger from a traffic crash. He gets reincarnated as Rudeus Greyrat in a fantasy land with his memories intact. Since he’s basically a 34-year-old in an infant’s body, Rudeus is seen as a genius by his new parents.

He decides to not waste this opportunity and live his new life to the fullest. Soon, Rudeus starts to train under his father, a fine swordsman, and Roxy Migurdia, a mage, to better his abilities.

However, Rudeus is still an ex-virgin salaryman and leaves no chance he gets to hit on women way out the league of his previous self.

Jobless Reincarnation anime was supposed to release in 2020 but has now confirmed its release in January 2021.

Jobless Reincarnation will release on January 10, 2021. The anime is split into 2 cours, but the release of the second cour is still unknown.

TV anime “# Jobless Reincarnation: I Will Seriously Try If I Go To Another World”

Thank you to everyone who watched the pre-delivery of the completion announcement at d anime store and Nico Nico Live Broadcasting! January 10, 2021 (Sun) TV broadcasting will finally start. Everyone who is looking forward to the broadcast, please wait a little longer! Look forward to next year!

Jobless Reincarnation is the first anime produced and led by a new studio, Studio Bind.

Three key visuals have been released.

They show Rudeus alongside Sylphiette Greyrat, Roxy Migurdia, Eris Boreas Greyrat and Paul Greyrat: the characters who would help him throughout his journey, at various locations.

Two trailers have also been released for the anime. Both explore the life of Rudeus in a new fantasy world, showing us that he’s fully aware of his reincarnation.

The end screen of the trailers reveals the release and the cast information of the anime. 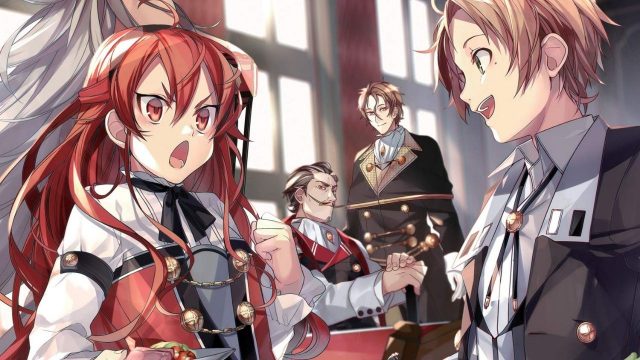