Boruto, the series has been dangling the idea of Kashin Koji as Jiraiya over our heads for more than a year now. Not to anyone’s dismay, I might add.

The theory became increasingly interesting as the story trudged on. However, it ended with Boruto chapter 47 confirming the truth.

Kashin Koji is the clone of Jiraiya, one of the three Legendary Sanin, as confirmed by Ohtsutsuki Isshiki in Boruto chapter 47. To end the terror of Isshiki, Amado, at one point collected Jiraiya’s DNA and cloned it to be Kashin Koji.

Chapter 45 titled “Amado“, ended in a very interesting way. In the final panels of the chapter, Jigen talks to Kashin about their deal of gaining the chakra fruit, to which, Koji replies,

“I was created to kill you.”

Among all the theories, one came above every other — Kashin Koji was indeed created to kill Jigen by Amado using Jiraiya’s DNA, thus making him Jiraiya’s clone.

Well, whose clone can kill a god-like being better than the person who trained two shinobi, went on to gain the power of the gods, one woman with enough power to annihilate an entire country, and a Hokage who literally toyed with the Raikage and his aid.

How did Amado get Jiraiya’s DNA?

In Boruto chapter 47, Isshiki Otsutsuki faces Kashin Koji in his original form and reveals a much-awaited truth about Koji. He calls him,

Jiraiya was a carefree wanderer ninja of Konoha known for his legendary strength and kind wisdom.

His death is what significantly changed the trajectory and emotional range of the story in Naruto Shippuden.

READ:  What Is Kara Organization In Boruto?

3. What are the similarities between Koji and Jiraiya?

There were multiple theories regarding Kashin Koji’s identity flying around — each being stumped by one fact or another.

We are consonant with the theory of Kashin Koji being Jiraiya’s clone — to be explicit, they share the same DNA but that’s all.

First, I’ll indulge in the similarities between Kashin Koji and Jiraiya, and then, I’ll give you my understanding of why he cannot be Jiraiya.

First, Kashin Koji’s appearance is quite similar to that of Jiraiya’s despite having a more youthful appearance.

They both have white hair and similar facial structures. Behind his mask, Koji seems to have the same markings under his eyes like Jiraiya’s when he summons the toads.

Second, Kashin Koji uses the same techniques that Jiraiya was known for — the Toad Summon, Fire Release Techniques (the True Fire of Samadhi), and the most alarming of all — the Rasengan.

Kashin Koji has not been shown using Senjutsu, but we gauge from his strength and his confidence in going against Jigen that he could be a Senjutsu user.

READ:  What Are Boruto’s Eyes And Its Power?

And finally, Kashin Koji seems to use honorifics while speaking to a person just like Jiraiya. This is not very strong evidence, but the fact that this was carefully crafted into the story owes to some thought.

He calls Boruto — Uzumaki Boruto-kun, which is similar to the fashion in which Jiraiya addressed Naruto.

Taking the timeline of the story, it is unlikely that Jiraiya could be this young.

People bring up the argument of Tsunade’s youthfulness to this, but they fail to realize that that was Tsunade’s personal choice, and she could afford to use chakra for it given her massive chakra reserves.

Kashin Koji seems to be 5-10 years older than Naruto, which fits the theory of him being Jiraiya’s son or clone.

His appearance and personality is quite different from the Jiraiya known to us. Kashin Koji’s body structure is leaner as compared to Jiraiya’s bulky build. Most importantly, Jiraiya’s height is 6’2 ft, yet Kashin Koji does not seem to be as tall (evident from his fight against Konohamru, who is 5’8″).

Jiraiya was a very goofy, perverted man that advocated for peace. Kashin, on the other hand, never hesitates to resort to violence and is a more serious individual.

This personality change may be due to his job as a double agent in Kara, but it doesn’t quite add up. Even minor aspects of his personality are not similar to Jiraiya’s.

Masashi Kishimoto had stated in an interview that he did not revive Jiraiya during the Edo Tensei arc because he believed that Jiraiya’s death was touching and was a colossal instigator for Naruto’s character development.

Therefore, reviving him didn’t feel right to him. Therefore, as a supervisor to Boruto, it isn’t very easy to believe that Masashi may greenlight such a development.

IV. Ancestry In Naruto and Boruto

The writings of Naruto and Boruto have a pattern of red herrings: especially seen with Mitsuki’s parentage, Sarada’s ancestry, and more.

Therefore, it is likely that they want us to believe it’s Jiraiya but have something else in store regarding the reality of the situation.

READ:  How Villains In Naruto (Akatsuki) Were Better Than Villains In Boruto (Kara) & Why?

Kashin Koji seems to have a history with Delta — if this is true, then it’s evident that he isn’t Jiraiya. 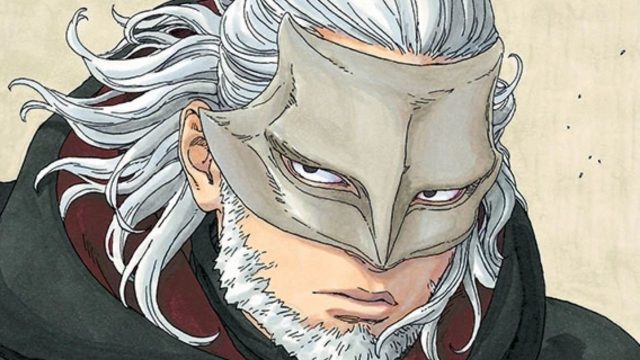