Yuma Kuga is a weirdly cute character that has smitten the World Trigger fandom. From the first episode, you could tell he’s one of the protagonists.

Fans slowly fell for his cute antics. Despite his aloof attitude, he adores his friends and will do anything in his power to help them.

World Trigger has raised many unanswered questions. In episode 11, we got to know a shocking and sad truth about Yuma. Since then, everyone is puzzled whether Yuma will die?

Yuma Kuga died at the hands of a mysterious Black Trigger mercenary in the Calvarian battle four years ago. The attack was so sudden that he couldn’t retaliate back.

Yuma’s father sacrificed his own life by giving up all his trions to make a Black Trigger.

He then sealed Yuma’s severed body inside the black trigger, which takes the form of a  ring. Yuma was later revived into an artificial Trion body.

Yuma Kuga and his father were Trion soldiers who assisted the Neighborhood wars. Yugo, Yuma’s father, participated in the Calvarian war to pay a debt to his Clavarian friend, the self-defense leader.

In a war, scheming and plotting against the enemies is quite common. Yugo found a few corpses of his most powerful soldiers in the unit.

He suspected that it wasn’t a simple matter anymore, and things were getting dead serious. Somebody was out there brutally murdering the Calvarian soldiers.

The possibilities of casualties were high, so Yugo didn’t want Yuma to join this battle. Yuma went alone to deal with enemy units claiming their numbers were not enough to defeat the enemy when Yugo left.

It was a wrong move. A grotesque shadow figure attacked Yuma and killed him. The assailant destroyed his Trion body, and his flesh body was drilled with holes.

Fortunately, Yugo arrived on time after winning the battle and saw Yuma’s dreadful situation. He used up all of his powers and produced a black trigger, and sealed Yuma’s dying body in it.

Other Trigger users maintain two forms: their Trion body and the other their flesh body. Yuma’s case is a little different up until now; we have seen him in three forms.

His original body (one with black hair) is sealed up inside the black ring he usually wears.

His second body is the artificial one, which is quite durable. Trion particles substituted his damaged body. It is strong enough to make a dent in a car, and it also possesses healing properties.

Like other trigger users, his third body or form is the one with the Border uniform. In episode 34, his Trion body is destroyed, but the Trion particles gather and repair him.  It is practically unbeatable, but Yuma is not immortal.

Yuma’s original body is trapped in the seal, but it is not recovering. He is still in the same state in which Yugo found him. The only reason why it is still holding up is that the time inside the ring is slowed down.

Replica and Yuma come to Earth because Replica desperately wants to save him, but Yuma has different plans. He wants to revive his father.

Both of them expected to get some answers from the Border, which doesn’t work out well for them as the Border has no clue about it.

After learning the truth from Replica, Osamu wants to save his friend. Currently, in the World Trigger, he is searching for ways to save Yuma.  Now that Replica has disappeared, Osamu wishes to find Replica at least before Yuma dies.

The mystery of whether Yuma will die and make it to the list of tragic deaths of protagonists in anime or whether he will survive till the end remains unsolved.

There are various theories about what will happen to Yuma? Will he be saved or not is a question that can be answered with this theory.

Aftokrator’s technology will give them a clue to save Yuma. With the help of Enedora’s horn, the Border transferred his consciousness into a Trion warrior.

Although into a warrior, still, his horns were able to clone Enedora. If the Border gets a hand on the Aftokrator technology, they might create Yuma into a cyborg.

His original body has lost too much to repair itself. Unless there is a technology that can regrow Yuma’s lost eye, arm, and abdomen, it is safe to assume the only way of saving him is by modifying his body.

They might also come to know who is that mysterious assassin that killed Yuma. A fan theory suggests that the Black Trigger assassin is related to Tsukihiko Amo’s Black Trigger.

Border states that his appearance during battle changes drastically and the fact that he is a walking nuclear weapon.

It can be possible that it was Amo’s Black Trigger’s previous owner who planned it all, or that entity is a new character and the ultimate villain. 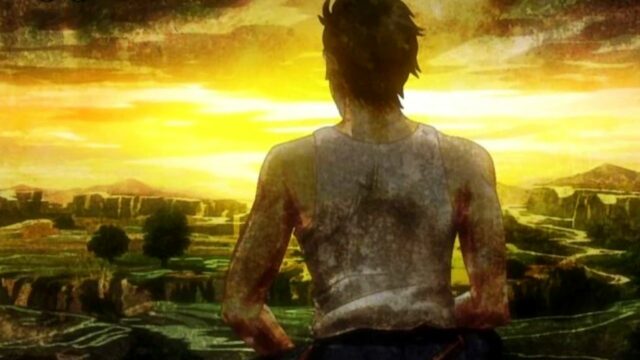