The Marvel Cinematic Universe is one of the most famous and celebrated movie franchises across the whole world and fans are connected to comic book characters now more than ever.

Unfortunately, in recent times, our beloved franchise has received criticism from many filmmakers. Martin Scorsese, the visionary behind such classics as Taxi Driver, Raging Bull, and Goodfellas, last week declared that MCU movies aren’t cinema.

Now fellow director and legend Francis Ford Coppola has echoed Martin Scorsese’s views. The filmmaker behind The Godfather movies, Apocalypse Now and many others, added his views to Scorsese’s as part of an interview after receiving the Prix Lumière award in Lyon. Coppola went even further in his criticism of the MCU, describing the movies as “despicable.”

Speaking to journalists, Coppola explained his perspective as so:

“When Martin Scorsese says that the Marvel pictures are not cinema, he’s right because we expect to learn something from cinema, we expect to gain something, some enlightenment, some knowledge, some inspiration. I don’t know that anyone gets anything out of seeing the same movie over and over again. Martin was kind when he said it’s not cinema. He didn’t say it’s despicable, which I say it is.”

Moreover, these new comments by Copolla will reignite the discussion over the MCU movies. Not only this, the famous actress Jennifer Aniston bashed the Marvel movies a few days by calling them unreal and demanding that we move from green screen stuff to some real films.

In my opinion, their views are too harsh and biased to some extent. These people seem to underestimate the emotional attachment of the audience to the MCU movies and characters.  Chances are, the debate about the MCU being at the intersection of art and entertainment will continue to rage on for some time. 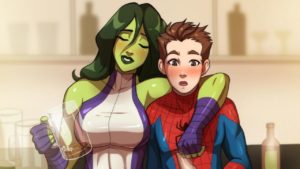