Fire Force has introduced us to a bizarre world where fire dictates the life and lifestyle of man. What are the Generations in Fire Force?

Just like we label society to create some order in the chaos, Fire Force also has sections of society labelled to understand their chaotic world a little better.

The show Fire Force introduces us to a world where some humans have the abilities to produce and manipulate fire if they belong to a ‘generation.’

Then comes Hybrids who can both create and manipulate fire. There is a fourth-generation too who awaken their Adolla Burst.

Before we begin to dive deep in the explanation of Fire Force Pyrokinetic generations, it is important to understand the context in which it emerged and the setting of the world Fire Force is set in.

I. The setting of Fire Force

Fire Force is set in a world where a Great Disaster engulfed countries in flames and as a consequence, humans have been combusting spontaneously. Humans who combust spontaneously transform into what are called Infernals.

A Special Fire Force was built to assign superhuman soldiers to put the Infernals to rest and equip them with resources to do so.

II. What are Generations in Fire Force?

In Fire Force, the Generations are the terms assigned to the people according to the degree to which they have adapted the Human Body Ignition Phenomenon.

As the mysterious Spontaneous Human Combustion took place, some humans emerged with pyrokinetic abilities through adaptation or evolution.

Therefore, the Generations are divided as per their ability to unlock these superhuman abilities that have become the norm now.

2. What is a First Generation Pyrokinetic?

The First Generation pyrokinetics are the ones who are consumed by the fire and turn into Infernals. These humans lose a sense of self once they transform and go on a rampage.

An Infernal with a sense of self is quite rare. If a person has a strong attachment to life or great willpower, they’re able to keep their consciousness intact. Artificial Infernals are the humans that were turned into Infernals artificially by humans.

First Generations usually stay in the same state until their core is satisfied which can even go on for centuries.

The elements that satisfy their core is unknown to man. The world does not view Infernals with hatred but as beings with lost souls that need to be guided towards the light.

The Special Fire Force was put together to exterminate their bodies and purify their souls for their salvation.

READ:  What Is Látom / Lathom / Latom In Fire Force? – En En no Shouboutai

What causes Infernals in Fire Force?

There are various causes of Infernalization in Fire Force:

There are four types of Infernals introduced in Fire Force so far:

3. What is a Second Generation Pyrokinetic?

The Second Generation pyrokinetics are the humans who have slightly adapted to the Human Body Ignition phenomenon in a way that they can manipulate fires. Although they cannot produce flames or fires – they can manipulate and control fires from an external source.

The Second Generation pyrokinetics can even manipulate the fires of the First and Third Generations.

They use their creativity to manipulate fires for defence or offence as seen by Karim Flam who converts heat energy into the ice with the use of sound. Other known second generation pyrokinetics are also adept in using their abilities.

Such as Maki Oze, who deflects fires and creates fireballs from her opponent’s fires. Also, Takehisa Hinawa manipulates the flames in firearms to control the impact and trajectory of bullets.

4. What is a Third Generation Pyrokinetic?

The Third Generation pyrokinetics, such as Shinra, are the ones who have adapted the Human Body Ignition phenomenon in a way that they can produce flames through a body part. They use the oxygen within their body to create and manipulate flames.

They do not hold the ability of the Second Generation to manipulate fires from an external source. They can also use these flames through an object like sword hilts or bubblegum.

The Third Generation pyrokinetics are seen to be a little more overconfident than the Second Generation users due to the lack of overcompensation they have to make.

But they’re as resourceful as the Second Generation users as seen by Shinra Kusakabe using flames produced from his feet for flight and mobility whereas Arthur increases the temperature of the heat to a plasma state – which allows him to cut through things.

5. What is a Fourth Generation Pyrokinetic?

Adolla Burst is the pure unadulterated fire that helped their God create the world but it is the same fire that caused the Great Disaster years ago.

Under the connection with Preacher, known as the Grace of the Evangelist, Fourth Generation pyrokinetics can acquire unparalleled powers such as Shinra Kusakabe who can travel faster than the speed of light and Sho Kusakabe who can even stop the flow of time.

READ:  Who is the strongest Pillar in Fire Force? – All Pillars Ranked!

Is Shinra a 4th Generation?

It Fire Force, Shinra Kusakabe has Adolla Burst within him, i.e., Shinra is a fourth generation pyrokinetic and the fourth pillar. Under Grace of Evangelist, Shinra can travel faster than the speed of light, causing his body to split into subatomic particles in the process.

6. What is a Hybrid in Fire Force?

A hybrid in Fire Force, sometimes referred to as the fifth generation, is an individual who can both create and manipulate fire, giving them the abilities of both second and third generation pyrokinetics. The mightiest soldier, Shinmon Benimaru, is a hybrid.

He is known as the mightiest Fire Soldier in the Special Fire Force due to his abilities to produce fire, manipulation of fire from internal and external sources, physical prowess and intelligence capacity that helps him increase his mobility and speed with fire. 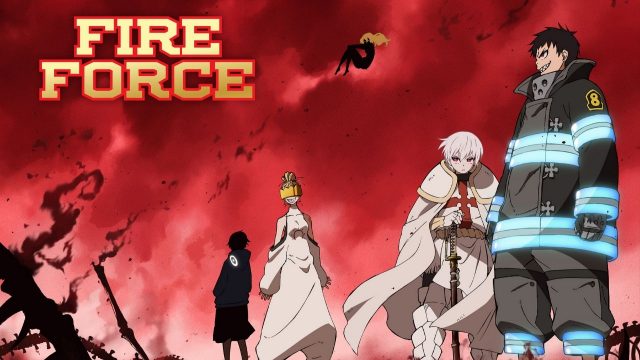 Who Is Evangelist in Fire Force? – En En no Shouboutai