A sci-fi murder mystery involving time-travel, Erased made a special place in the audience’s hearts worldwide. Unexpected plot twists topped with brilliant character drama was a succulent delicacy that left the viewers with a sweet aftertaste.

The anime is based on a manga written and illustrated by Kei Sanbe. It is produced by A-1 Pictures and licensed by Aniplex of America.

The show received an underwhelming live-action remake in 2017 and a dull movie that was nowhere near to the quality of the anime series.

Erased was widely celebrated as one of the best anime in 2016 but still managed to disappoint the manga fans with its finale. This disappointment, however, provides us with a glimmer of hope for a second season.

Table of Contents
1. Release Date
2. What To Expect From Season 2
3. Where To Watch ERASED
4. About Erased

The announcement of season 2 is yet to be made. As of October 2020, Erased has only one season with 12 episodes and a mini recap series.

After the live-action adaptations failed to quench the thirst of fans, it is possible that we might see the show make a return with season 2. If that happens, we can expect season 2 to release by the fall of 2022 or even later in 2023.

Season 1 adapted the entirety of the main manga, and other than that, there is a spin-off series. The spin-off covers the aftermath of the main events and explains the motives of the murderers in detail.

READ:  Is Erased Worth Watching? – A Complete Review

We can also expect to get a more fleshed-out version of the finale. After all, one episode cannot justify all the events that took place in two volumes.

Season 2 will also likely be 12-episode long since there is not much to cover.

3. Where To Watch ERASED

Erased follows Fujinuma Satoru, a young mangaka from Chiba who somehow possesses an ability called ‘Revival.’ It can send him back in time to moments which he wished to alter.

When Satoru’s mother gets murdered by a criminal in their own house, his ability sends him back 18-years into the past.

This allows him to protect not only his mother but also save the kids who died during a kidnapping incident. 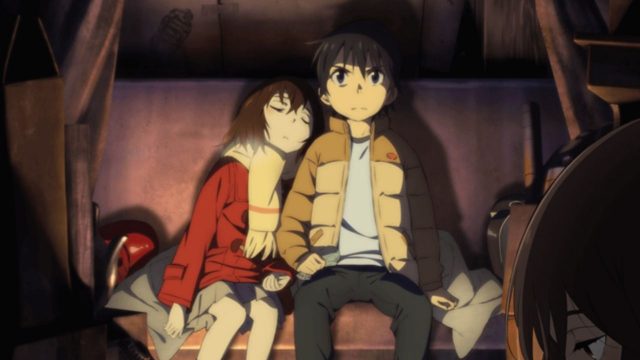 Is Erased Worth Watching? – A Complete Review