Chapter 72 of Dragon Ball Super manga marked the beginning of the three-way fight to claim the title of “Universe 7’s Strongest Warrior.”

I call it a three-way fight because Goku and Vegeta aren’t actually teaming up against Granolah. Instead, they are facing him individually to prove their superiority over each other.

While Vegeta is busy investigating the city’s ruins, Goku barely manages to keep up with Granolah. The vengeful Cerealian surprises the Saiyans by pulling off God-like moves one after another.

With no other option left, Goku resorts to Ultra Instinct right away. However, this Ultra Instinct is nothing similar to what we saw in the Tournament of Power arc or Moro arc.

Previously, Goku mistook Ultra Instinct as some sort of transformation that boosted his strength, speed, and reflex. However, that’s not how it works.

Whis showed him that Ultra Instinct is quite a flexible technique that can be attained in any form just by keeping one’s heart calm and tranquil. (Back in Chapter 39, even Master Roshi pulled off moves that somewhat resembles Ultra Instinct in his fight against Jiren)

Now that Goku has learned to activate Ultra Instinct in his base form, he further explores the technique by combining it with other Super Saiyan forms.

Goku knew that neither his base form nor any of his golden-haired transformation is good enough to defeat Granolah.

Despite the flashy transformation, Goku lags behind Granolah’s swift movements. So, he resorts to Ultra Instinct, which becomes far more accurate when done in the conjugation with Super Saiyan God form.

Even Vegeta was surprised at how sharp Goku’s reflexes had become. Goku, whom Granolah easily took down at the beginning of the chapter, is now fighting toe-toe with him.

In spite of combining Ultra Instinct and Super Saiyan God, Granolah manages to hit Goku’s vital point once again. All thanks to his incredibly evolved eye that lets him see the energy flow and detect the weak points with precision.

He even infers that Goku is holding back, which is true since he still has Super Saiyan Blue and Mastered Ultra Instinct transformation up his sleeves.

With that, the warm-up session ends, and Goku transforms into Super Saiyan Blue. He is finally taking the fight seriously now, but how long can he carry on against Granolah’s versatile powers?

Moreover, Vegeta is next in line to fight Granolah, which makes me believe that the author will give him a fair opportunity to showcase his newfound powers of Destruction.

Like what happened in the fight against Jiren, Vegeta will most likely step in sooner or later. Fans are eagerly waiting to see the two legendary Saiyans fight side by side once again.

In the end, these are nothing but mere speculations based on what happened in the Dragon Ball Universe for years. However, 2021 is full of surprises, and who knows, we may get to see Granolah’s change of heart after having a peaceful talk with Goku.

(This is quite possible since Granolah isn’t actually a bad guy!!) 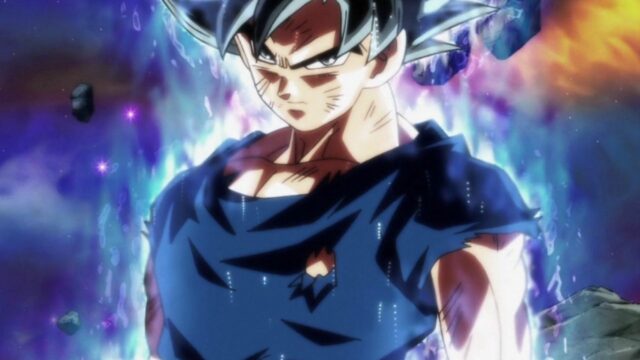 Which is Stronger? Goku’s Improved Ultra Instinct or Vegeta’s Hakai?