In January 2020, an anime adaptation of the same premiered, showcasing the virtual reality adventures of Kaede Honjo and her friends in an MMO game.

The 12th episode of the first season, titled “Defense and Bonds,” aired on 25th March.

It contained an announcement that the anime’s second season has been confirmed. Once the release date is officially confirmed, this article will be updated with the relevant information.

After defeating two major guilds, Maple and Sally’s guild earned a lot of respect with other guild masters. This allowed her to play more with them. The group will head to the next level of NWO, which will open its gates in 2 weeks.

Now that they’re on the sixth level of the game, they encounter areas plagued with demons. While Maple grinds for more in-game items with Sally, she unknowingly causes a bug in the game!

No teaser trailers or visuals have been released yet. This article will be updated as soon as more news comes out. Check back soon!

BOFURI: I Don’t Want to Get Hurt, so I’ll Max Out My Defense is a Japanese light novel series written by Yuumikan and illustrated by Koin. It began serialization online in 2016 on the user-generated novel publishing website Shōsetsuka ni Narō. Four volumes have been released as of August 2018.

The story revolves around Kaede Honji, a teenage girl who plays a VR mass multiplayer online game called New World Online with her friend Risa Shiramine. Since Kaede hates being damaged, she creates a character named Maple in which she puts all her points into defense. While this makes her slow, she unlocks a skill known as Absolute Defense. Coupled with Counter Skill, her character is immune to any damage! 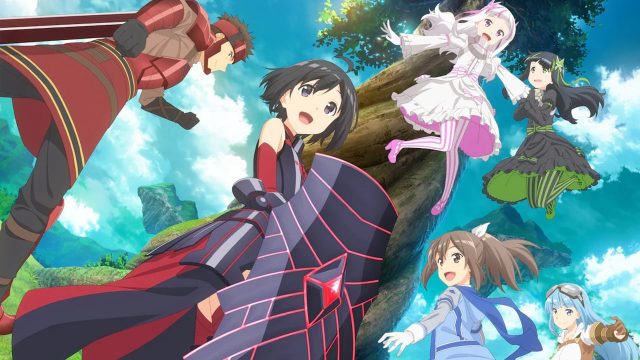