Tabata sensei’s Black Clove manga is currently in its one of the best arcs — Spade Kingdom arc. The last few chapters have managed to pique our interests to a mountain-high.

The Dark Triad’s invasion began with Zeno and gang obliterating Golden Dawn‘s hideout and taking Vangeance with them. It was followed by Dante’s conquest of the Black Bull headquarters.

While he managed to defeat all Bulls, including Asta, he was no match for Yami Sukehiro(so far)! And now, we are onto Vanica’s invasion of the Heart Kingdom and the fight between Dark Disciples and Clover Knights!

Sadly, it looks like we will have to wait before we get to read more about the battle against Vanica and her Dark Disciples.

Black Clover’s chapter 249 has been delayed due to the Japanese Golden Week. During this time, the Japanese take time off of their hectic schedule and enjoy their culture by celebrating a series of holidays.

Black Clover’s chapter 248, “Luck vs Sevnkin,” was also delayed due to production issues at Shueisha’s office. As a result of the ongoing COVID-19 pandemic, the 21st issue of the Weekly Shonen Jump was postponed and released on April 27th as a combined 21st+22nd issue.

The Golden Week is a yearly occasion for the Japanese, which starts on April 29th and lasts around a week. During this time, multiple holidays are celebrated in succession, which includes Showa Day, Constitution Memorial Day, Greenery Day, and Children’s Day.

Black Clover chapter 248, titled “Luck vs. Svenkin,” was released recently, and needless to say, it was a breathtaking battle. Chapter 247 ended with a bloodsoaked Luck trying to get back up on his fight for the will of the Magic Knight!

READ:  How Did Luck Voltia Defeat Svenkin – How Strong Is Luck?

While some sort of power boost was inevitable, the skills that Luck Voldia displayed in chapter 248 far exceeded our expectations. The chapter starts with Luck in a flashback about his training with Gaja.

Gaja tells Luck about his True Lightning magic, followed by the fact that it took the former two years to master it. The scene changes to present as Luck starts to use rune spells and increase his speed.

Not only Luck manages to finally land a kick right at Svenking’s gut, but Luck also activates a new spell “True Lightning Magic: Ceranos” and defeats the dark disciple! 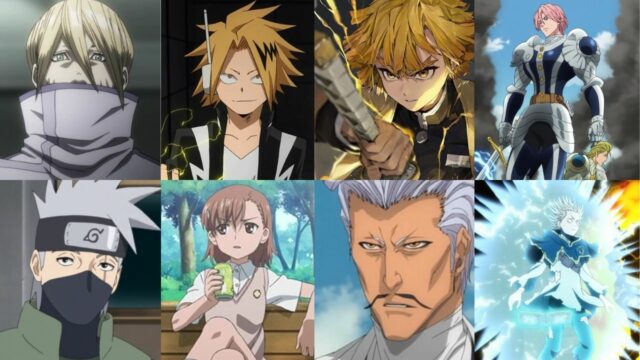