Yuki Tabata’s Black Clover manga is currently in its 11th arc, which started in chapter 229 of the series. Based on recent news, it looks like the manga is taking a short break.

Chapter 238, titled “Zenon’s Power,” was released in the 11th issue of Shueisha’s WSJ, and it revealed that the story will be taking a break next issue and will continue on February 22nd. No reason was given for this one-week hiatus.

The next episode will begin with the surprising resurrection of allegedly dead – Julius Novachrono. It will also kick off the next arc, i.e., Spade Kingdom arc.

The end credits preview at the end of episode 120 surprised fans with a major cliffhanger – Julis Novachrono is alive!

We believe Julius was somehow able to use his Time Magic to cheat death. Julius Novachrono, the 28th Wizard King, can control time itself and has shown to have superior control over his ridiculously large mana.

It won’t be just plot armor for a talented character but the real test of his skills. The specifics of his resurrection are currently unknown in the anime, but it is something that has left fans thunderstruck.

Black Clover is a Japanese manga series written and illustrated by Yūki Tabata. It has been serialized in Shueisha’s Shueisha’s Weekly Shōnen Jump magazine since February 16th, 2015, and has been collected into 22 tankōbon volumes. 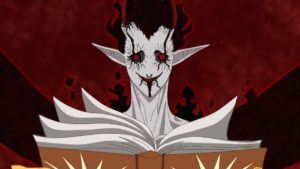 Devil Has Finally Been Defeated In Black Clover – Here’s How