It is the Mandalore brethren, y’all, and today we determine which of them are the best – the ARC Troopers, the Clone Commandos, or the good ol’ Mandalorian warriors. You may play favorites and have guilty biases, but we’re talking some fierce face-off here.

Who is the better warrior on the battlefield? When fighting the enemy, who can unite to put up the best defense? Who has the better armor, and who is the most creative, even under pressure? There are so many ways in which to classify these warriors.

For those not in the know, all clones are essentially variants of the Mandalorian warrior, Jango Fett. So at their core, they are all alike in more ways than they are different.

However, throughout the Clone Wars, the ARC Troopers rose to fame for their independent thinking and fierce dedication to getting the desired results.

Trained by Jango Fett, a notorious bounty hunter himself, rebellion came naturally to the ARCs. ARC troopers were not specially created and were instead picked out from clone batches for their exceptional performance on the battlefield.

The criteria for becoming an ARC trooper were creativity and independent thinking in the face of adversity — two things highly disapproved by their creators Kaminoans but appreciated by the Jedi Masters.

ARC Troopers were clones, and this helped the Republic save up on having to spend a load of resources on the training of a single warrior, unlike Mandalorians.

It’s all in the genes! Meanwhile, their fierce independence allowed them to be both warriors and generals, unlike the Commandos.

So it is safe to say that ARC Troopers had the best of both worlds and are better than Mandalorians and Commandos in more ways than one.

Table of Contents
1. Who’s The Better Warrior?
2. Who Is The Better Team?
3. Who Has The Best of Both Worlds?
4. About Star Wars: Clone Wars

Let us rank the three groups based on how good warriors they make. Clone Commandos would rank lowest on this list despite being one of the first and most elite clone troopers in the Republic Army.

They were considered to be one of the best handiworks by the Kaminoans. Commandos were used mainly for infiltrations and were extremely skilled, obedient, and loyal to the Republic.

However, to make the Commandos more obedient, the Kaminoans held back on the individualistic streak in this particular clone batch.

As a result, the Commandos made for very poor independent thinkers and even more flawed leaders. Thus making them one of the weakest warriors when faced one-to-one.

The ARCs, on the other hand, were handpicked from fresh clones for a display of the very qualities Kaminoans did not approve of.

We learn later that due to collusion between the Sith Lord Palpatine and the Kaminoans, the clones were being prepared for the insidious Order 66. The order needed clones to not rebel when they would be asked to kill their own Jedi Generals.

As for the ARCs, they were picked up to fight alongside the Jedi Knights and thus had to match up to their skills. So ARCs stood out in their rebellious nature.

Meanwhile, the best warrior award has to go to the Mandalorian. Coming from a whole race of warriors, the Mandalorian armor itself would strike fear in the hearts of many across the Galaxy.

As a clan-based group with members from multiple species all bound by a common culture — they were the legendary warriors who could fight the Jedi at their peak.

Armed with advanced combat styles of their own, the Mandalorian way developed the most during their conflicts with the Jedi.

Their style entailed a mix of melee, ranged, and hand-to-hand techniques with a hint of technology in the vambraces to surprise a Jedi Knight in combat.

The bottom line is Mandalorians make the best warriors. There is no way a Commando or an ARC could ever hope to defeat them in one-on-one combat.

The teamwork of any kind requires each member to believe in a bigger cause or an entity larger than each individual.

The overall individuality in each member needs to stay low for that to happen. As a result, the above order of best warriors stands toppled on its head when it comes to teamwork.

Clone Commandos make the best-united fronts, followed by the ARCs, and finally, the weakest ones are by the Mandalorians.

However, there is one other thing. When fighting an ongoing war with multiple casualties and property loss, the winner is usually the one who stands longest. In such a scenario, the Mandalorians have proven to be rather inefficient.

Consider this: it takes years of training, mentoring, and guiding a child to become a respectable Mandalorian warrior.

But clones are prepared for combat and war in much less time. This means that losing a bunch of clones in a war is easily compensated by the production of more clones.

So, even though a Mandalorian warrior can fight more challenging battles than ARCs and Commandos, they would not last as long as the other two in an ongoing war.

3. Who Has The Best of Both Worlds?

Occupying the sweet spot between the best and the worst have to be the ARC Troopers. With the best of what the Mandalorians and the Clones have in common, ARC Troopers are easily better than either.

The fact that ARCs are chosen from the clone cadre for specialized training under Fett is what makes them truly stand out.

The war dominated was by the Republic’s newly-built army of clones of the Mandalorian bounty hunter Jango Fett. 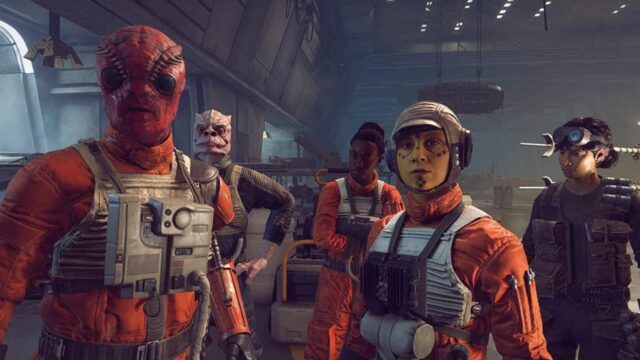 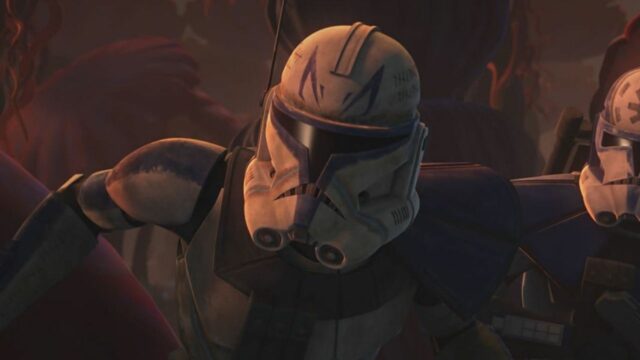 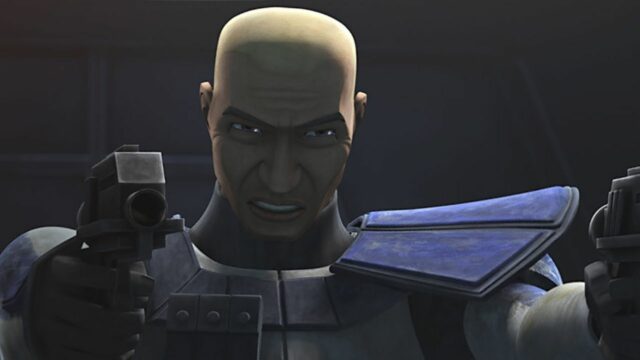