2021 marks the 25th anniversary of the Pokémon franchise. It has been a quarter-century since Pokémon has brought a new dimension to the anime universe.

Despite the COVID19 pandemic situation, we were sure that the franchise wouldn’t let this go without celebrating it to the fullest. And here it is, world-famous artists like Katy Perry and Post Malone are collaborating with them.

Yes, you read it right, after Katy Perry, Post Malone has joined the “star-studded” line-up of music stars signed up for “P25,” a collection of artists who will help celebrate Pokémon over the course of this year.

The official YouTube channel for Pokémon has released a short video to make this huge announcement.

We get to see Post Malone making a grand entrance to a concert. He is holding a pokeball in his hand and is ready to add more drama to the celebration.

The American rapper is well known for his hit songs, which include Rockstar and Congratulations. This isn’t his first collaboration with something related to the animated entertainment field.

Just a few years ago, we witnessed how his song “Sunflower” added a new dimension to the Spider-Man: Into the Spider-Verse film.

I am looking forward to seeing how he amplifies the hype among all the Pokémon fans, thereby resulting in a ‘Mega Evolution’ of the anniversary event as a whole.

However, you are mistaken if you think that the surprises end here. The 25th anniversary-themed Trading Card Games and over-sized cards featuring Pikachu will be released soon.

Not only that, the Pokémon Sword and Shield game will introduce a brand-new version of Pikachu on its February 25 update.

I am pretty sure that there will be many more surprising disclosures coming soon. Keep checking our site for the latest updates. 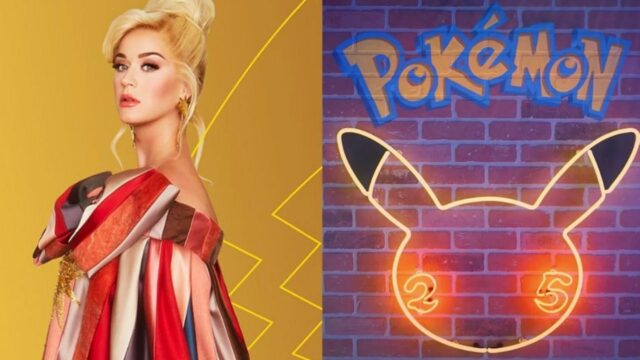