Mairimashita! Iruma-kun is an ongoing isekai series where the main character tries his hardest to blend in with the “evil” demons.

With an amusing cast of characters, it is an effortless comedy that the audience can watch to pass the time. While the anime gained popularity in the fall of 2019, its hype has since died out; nevertheless, the manga is still going strong.

The entire series is built around Iruma, becoming the demon king while avoiding suspicion about the human blood flowing through his veins.

Unlike most shonen protagonists, Iruma is the type that would rather prefer to take a backseat to events happening in his own life. While his character can be refreshing, a pinch of badassery never hurts anyone.

In what can be considered one of the best arcs in Marimashita! Iruma-kun, we saw Iruma donning a relatively evil persona. While fans were extremely excited to see this new side of him, many questions were raised.

Contents
1. Why Did Iruma Turn Evil?
2. How Did Iruma’s Personality Change?
3. Will Iruma Become Evil Again?
4. About Welcome To Demon School! Iruma-kun

1. Why Did Iruma Turn Evil?

Iruma turned evil because Arikured, the physical embodiment of the Ring of Gluttony, altered his personality, and induced a wicked cycle. He did this to help Iruma understand Amelie and the other demons better.

After the entire student council fiasco in chapter 53, Iruma thought back about his experiences, including Amelie’s personality change and the wicked cycle, and concluded that there was quite a lot he didn’t know about demons.

To help him get more familiar with the world he was in and its inhabitants, Arikured tapped Iruma’s head, altered his personality, and induced him with an evil cycle.

An evil cycle, also known as a wicked cycle, is basically a state that demons reach when their stress level reaches its limit. During this period, they become increasingly violent, sadistic, and are known to commit acts of evil.

It is usually impossible for humans to reach this state, and the only reason why a wicked cycle was induced in Iruma was because of Arikured.

2. How Did Iruma’s Personality Change?

After the wicked cycle was induced, Iruma’s personality and appearance saw a 180° shift, and from an innocent human, he became more assertive, rude, and, well, a tiny bit evil.

Starting with asking Sullivan to shut up, ordering Alice around like a servant, and having Clara sit on his lap, everyone was shocked by his actions.

Rather than becoming downright evil, Iruma retained his good intentions, just added a whole lot of charisma and manipulation to his personality. He became more reckless and started acting on his desires more.

In order to obtain Royal One for the Abnormal Class, he haughtily clashed with Naberius Kalego and the other teachers to receive their permission for a new classroom change and succeeded.

Iruma’s evil cycle didn’t make him act like a jerk towards his friends and just allowed him to manifest his punk guy persona and become more confident and assertive. He was still the same guy who couldn’t say no to anyone, but with a little more spunk.

Iruma can turn evil again, but it is unlikely he will. As a human, Iruma doesn’t have typical evil cycles. His evil cycle was a spell cast on him by Arikured, a personification of the Ring Of Gluttony.

As Iruma’s rank increases, so do Arikured’s powers. He could turn Iruma evil again at any time to keep his human identity hidden but currently has no other motives to do so again.

Iruma’s evil cycle seemed like an ordinary devil’s despite being far from it. His classmates and closest friends didn’t bat an eye at the change since evil cycles are common among devils.

When devils are highly stressed, they grow very violent till the stress is relieved. However, since Iruma is a human, it isn’t possible for him to normally enter an evil cycle. That is, without intervention from Ali-san.

Arikured’s abilities and powers continue to grow as Iruma’s rank increases. As of Chapter 175, since Iruma has reached the rank He, Arikured is no longer tethered to the ring and can even alter his size to that of a normal human being.

Despite Iruma being just at rank Gimel during the evil cycle incident, Arikured was stronger than he himself anticipated. He didn’t intend for the spell to last as long as it did. If Arikured were to cast the evil cycle spell again, it would be much more potent than the first time.

Arikured doesn’t consider Iruma a friend or family, but neither can survive in the Netherworld without the other, leading to their partnership.

Arikured needs to ensure Iruma’s identity as a human stays hidden for his own survival. He would induce another evil cycle if needed, but he has no other malicious reasons to do it.

Through extensive conditioning, some devils even learn to use their evil cycles during combat strategically. However, Iruma relies on the ring for magic and wouldn’t be capable of using the evil cycle in this way.

4. About Welcome To Demon School! Iruma-kun

Does Iruma Love Anyone? Who Is Iruma’s Love Interest? 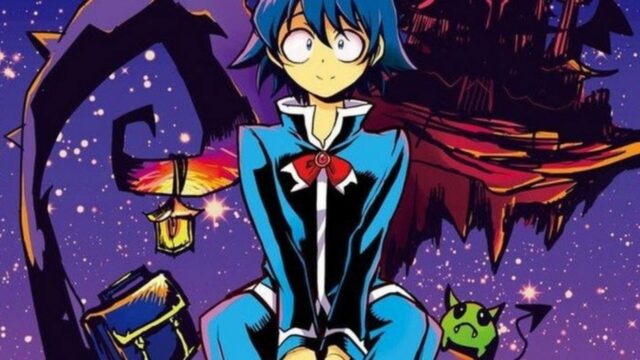 Can Iruma Use Magic and Fly Without the Ring?