The intricate details of a fighter’s technique are explained in full as the show goes on. The series etches out well-developed characters with various goals and motivations.

Most characters based on actual people even assume similar powers and purposes as them. Who are these characters? What qualities do they possess to make them identical to their real-life counterparts?

Baki series is set on a realistic Earth, where many characters portray and are based on real-life people. Personalities like Barack Obama, Donald Trump, and even Muhammad Ali make an appearance in this show.

Baki Hanma is the main character and protagonist of the Baki the Grappler franchise. He is the son of Yujiro Hanma and Emi Akezawa and is known as the champion of the Underground Arena in Tokyo Dome.

It is believed that Baki Hanma is based on Taira Naoyuki, a professional Japanese MMA fighter.

Baki strives to defeat his father, Yujiro Hanma, who is considered the strongest man alive. This goal stems from a natural desire to surpass his father and avenge his mother, Emi Akezawa, whom Yujiro murdered.

Doppo Orochi is a 10th dan grandmaster of Karate Shinshinkai, husband of Natsue Orochi, and adoptive father of Katsumi Orochi. He is also the Sensei of Kiyosumi Katou and Atsushi Suedo.

He is known by many titles, such as the “God of War”, “Man Eater Orochi” and “Tiger Slayer“. He is the former champion of the underground tournament hosted by Mitsunari Tokugawa.

He is based on the real-life creator of Kyokushin karate, Sosai Masutatsu Oyama, and karateka Hideo Nakamura, the founder of the Karatedo Kendo Kai.

Doppo also bears similarity with Street Fighter character Sagat. Both are generally connected to tigers in some way, both are bald, and both sport an eyepatch on their right eye.

Goki Shibukawa is a master of the Japanese fighting style Jujutsu and the art named Aiki, who participates in the underground fighting arena. He is often called “the Master”.

Goki uses a more pragmatic approach than most, to take down more physically imposing foes. Even in old age, his strength and power have not decreased, with him being able to flip, throw, and injure larger and stronger opponents than himself, like Doppo Orochi, Jack Hammer, Biscuit Oliva, and Kyogei.

The character is based on the real-life master of aikido, Gozo Shioda.

Mohammad Alai is the former strongest boxer in the world. He had the world’s strongest and fastest punches. Due to his age and suffering from a disease, he’s weaker than he used to be. But despite that, he can still possess the speed and the power of his prime for a minute.

He learned over time that his fighting style had major problems in it. He taught his son Mohammad Alai Jr. what he could while trying to fix the problem.

His character is based on the real-life boxer named Muhammad Ali, whose real name is Cassius Clay.

Kaioh Retsu was a significant character in the Baki the Grappler franchise. He was an accomplished fighter who attained the rank of Kaioh, strong enough to beat Mount Toba in less than a minute and Katsumi with only a punch.

His most famous feat was pounding a boulder into a perfectly round form. Retsu was also exceptional at using weapons.

Ever since the first part of the franchise, Kaioh Retsu had been striving to become more powerful. He even went as far as practicing non-Chinese martial arts. Later, he thrived as China’s second strongest, right after Kaioh Kaku, until his death.

It is believed that Kaioh Retsu is based on Bruce Lee, a famous Chinese martial arts instructor.

Kiyosumi Katou is a top student of Doppo Orochi, who left the dojo and started to live as a yakuza. He returns after his reunion with Doppo and finding out about the Underground tournaments. Katou is a strong fighter and one of the greatest Shinshinkai students.

He loves using underhanded moves during a fight, such as eye-poking. In the second series, he used a fishing rod’s rope and rubber tube as a weapon to cut Dorian’s ear in a surprise attack. He sustained multiple critical and life-threatening injuries after picking a fight with Dorian and survived despite not getting immediate medical attention.

He is loosely based off Kiyotaka Kato – a Daido juku exponent who fought in Muay Thai and kickboxing.

Mount Toba is a pro wrestler known all over the world. Along with his huge body, he is also extremely strong and agile. During the Champion Saga, he could withstand Baki’s attacks like they were nothing.

Toba’s strongest move is a special throw. Like Igari Kanji, he also fights in a nasty manner going as far as to kick sand into Retsu’s eyes.

He is based on the real-life pro wrestler Giant Baba who became the first non-white wrestler to win the NWA World Heavyweight title.

Yuichiro Hanma is the father of Yujiro Hanma and grandfather of Jack Hanma and Baki Hanma. He is the only other person aside from Yujiro to defeat the USA on a small island in the Okinawa territory during WW2.

The true depth of Yuichiro’s strength is still unknown, but those who’ve come across him suggest he is inhumanly strong. He is only known to use one technique, “Guise,” to defeat two thousand US soldiers on the battleship Iowa.

It is unknown if Yuichiro is stronger than Yujiro, but there’s speculation this is the only man Yujiro cannot defeat.

Yuichiro’s character is probably based on the real-life Japanese judoka and professional wrestler, Masahiko Kimura.

He mostly relies on his raw physical power and grip. His grip is so firm that if he grabs an opponent’s arm, he can usually cause it to explode.

He is also a street fighter, and it is known that he has trained in some unknown martial art styles. He is shown to be incredibly tough and possesses a very high tolerance for pain. He was able to take punches from the convict Spec who had previously caused significant damage to the Liberty Statue.

Hanayama’s character is based on the real-life yakuza, Kei Hanagata.

Ian McGregor was the World Heavyweight Boxing Champion during the Maximum Tournament Saga. He was born on the dangerous streets of Brooklyn, in New York. At some point in his life, he met his teacher Sam D’Amato, who would teach him boxing and his most characteristic technique, peek-a-boo.

He was invited by Tokugawa to be one of the 36 participating fighters for the Maximum Tournament. In the first round, he fought against Li Mouko and defeated him with a single punch.

He is based on the real-life American former professional boxer, Iron Mike Tyson. 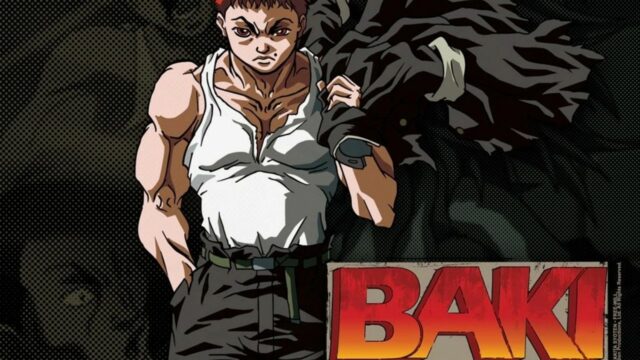