When the classic setup meets flawless authorship, you get anime like Demon Slayer: Kimetsu no Yaiba. The appeal of the anime comes from its characters, the setting, the animation style and music. Although Kimetsu no Yaiba is shounen i.e aimed at a very specific audience, the anime attempts to break away from restrictive tropes.

As mentioned earlier, Demon Slayer Kimetsu no Yaiba is set in the Taisho Period of Japan. The Taisho Period lasted approximately 14 years from 1912 to 1926 and the Meiji Era had built a foundation for the modernisation of Japan.  This was continued further in the Taisho Period by the son of Emperor Meiji, Yoshihito (Taisho), along similar lines of international standing and liberalism. The country was moving towards a representational government and had opened its doors to the world. This is highlighted in Tanjiro’s visit to Tokyo that shocks him. Tanjiro hails from the mountainside where the liberal ideas of the government had not reached.

The countryside still revels in the old Edo Period or Meiji Period lifestyle. Tanjiro’s expression at the bustling city of Tokyo was priceless. This highlighted the western-traditional morphed state Japan was in. The time period of the anime would approximately be 1912-1926. Given the isolated modernisation that is shown in the anime, I would theorize that it would have been the earlier part of the Taisho Period.

Evidence to back this up comes from the demon in the Final Selection arc. The demon claimed to have been caught during the Keio era of Edo Period and 47 years have elapsed since his capture by Urokodaki. Historically, the Keio period was from May 1865 to October 1868 and adding 47 years to that would give us a timeline of 1912-1915 for the show.

The European influence was quite evident from the attire the antagonist of the anime wears. Muzan Kubutsuji is usually seen wearing suits. The uniforms of the Demon Slayer Corps also indicate the time period of the anime. The Corps had incorporated the designs of the military uniforms of the period. As seen by Urokodaki who donned a uniform similar to those of the Samurais of the Edo Period.

The Plot of Demon Slayer: Kimetsu no Yaiba

Demon Slayer is set in the Taisho Period of Japan. As the title implies, it’s a Japan where demons live amongst humans. The anime focuses on Tanjiro Kamado, a single earner for a family of 7, who gets caught up in a brewing war between the demons and the demon slayers. The murder of his family at the hands of a demon shifts his world and devastates him. The sole survivor of the incident, his sister Nezuko, is turned into a demon. Carrying the guilt of being unable to save his family, Tanjiro vows to save his sister Nezuko by turning her back to human again. Thus, Tanjiro and Nezuko step into the whirlwind of demons and demon slayer politics. In a world that alienates demons, Tanjiro and Nezuko’s demon-demon Slayer combo stands out.

The arcs of the characters are what establishes a concrete emotional connection with the audience. The protagonist, Tanjiro, is a highly empathetic and optimistic kid who happens to be very raw with expressing his emotions. This factor allows him to go beyond the typical determined and optimistic shounen protagonist and builds more character that draws viewers further in. Tanjiro’s sister Nezuko, barely speaks in the entire anime yet her fiercely protective nature and her kindness don’t escape our attention. They started off quite shaky with Zenitsu and his whining, yet as episodes have gone by, they’ve managed to turn him into the central relief and an oddly interesting character. They’ve also begun to create a development arc for Inosuke, an eccentric and socially inept fighter. 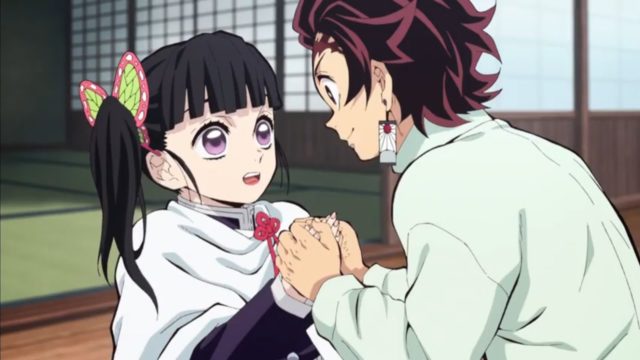 Demon Slayer Manga Ends With 3 Surprise Couples and We Ship Them! 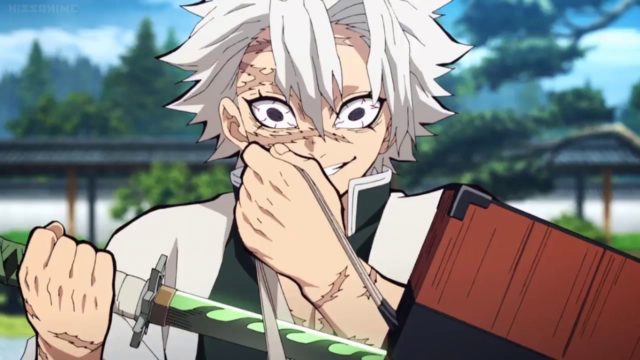