Tsundere characters have always been popular; however, it is a well-known fact that they can either make or break an anime.

Have you ever been rejected by your crush, and still harbor hope that they secretly like you back? Tsundere characters make this fantasy come true by seeming cold-hearted at first, but slowly showing their emotions and love as time passes.

While it seems like the whole cliche “person bullies love interest so that they would show interest in them” trope, there is a certain charm in someone pretending to hate/dislike you while feeling the opposite deep inside.

Many feel this way, which is why it isn’t surprising to see shows with tsundere characters gaining popularity. From well-known animes such as Toradora to relatively unknown ones, here’s a list of the top 10 best tsundere animes!

Love Hina depicts the story of a Keitaro Urashima, who promises a girl that he will meet her at Tokyo University in the future.

Due to low grades, he decides to stay at his grandmother’s hotel while studying.

However, due to a sudden twist of events, he becomes the manager of an all-girls dormitory and starts his life living with five other girls.

This anime contains characters that are pretty much a model for what modern tsunderes look like and should be a must on every fan’s list.

Unlike other shows, the tsundere in this one, Aria, demands that the main character, Kinji, become her partner at once.

The series features Kinji, an antisocial student of an elite academy that produces highly-skilled soldiers who soon becomes a criminal target.

With Aria, the best girl in the school, saving his life and demanding him to be her partner in exchange, life seems to be full of twists and turns.

Depicting a perfect tsundere, Aria is a red-haired, short, and forever angry girl who fans either hate or love.

Despite not focusing on the themes of romance as a whole, Steins Gate features one of the best tsundere characters of all time – Makise Kurisu.

The story revolves around the concept of time travel, with different timelines interacting and becoming more convoluted than ever.

Makise, the love interest of Okabe (protagonist), is a typical example of beauty with brains. She is extremely intelligent and proves to be more than a match for Okabe.

Her witty banter with him and diligence in denying her feelings for him make the show a must-watch for all tsundere fans.

Fruits Basket is one of the classic shows that one must never miss out on.

Featuring Tohru as the main character, this shoujo series explores how she relieves the zodiac clan of their curse and brings out the best in them.

Unlike other animes on this list, the tsundere in Fruits Basket is the male love interest, Kyo Sohma.

Ah, yes, a good revenge story. Masamune-kun no Revenge revolves around Masamune Makabe, who wants to exact revenge upon a beautiful, tsundere girl called Aki Adagaki, who rejected and called him “Piggy” when he was a child.

To do so, he works extremely hard and transforms from a chubby kid to an incredibly handsome high school student.

With the aid of the rich girl’s maid, Yoshino Koiwai, Masamune begins to build his relationship with Aki, with the intention to break her heart when the time is right.

However, with a mysterious letter addressed to his old nickname, “Piggy,” his plan is at the risk of failing.

This anime is perfect for anyone who likes cool tsundere type characters, shallow revenge, and a tinge of suspense.

Like an average student, he wants to date the girl of his dreams – Kosaki Onodera.

However, with the addition of our tsundere character, Chitoge Kirisaki, things become more complicated.

This anime is one of the most popular tsundere-esque romance comedy shows on this list.

It is extremely dramatic, with the inclusion of love triangles and Yakuzas; however, the touch of comedy stops it from becoming too overbearing.

It is a staple for anyone who likes tsundere characters, suspense, and dramatic flair.

A mixture of a slice of life, shoujo, and the fantasy genre, Shakugan No Shana features a diverse set of characters and relationships.

The love triangle between Yuki, Kasumi, and Shana, highlights the latter’s tsundere character a bit more.

What sets Shakugan No Shana apart from the rest on this list is that the main character is faced with two choices – be with a girl who loves him, or one who denies having even a shred of affection towards him.

In this series, Shana is the perfect example of a tsundere who always berates the main character, and yet would do anything to protect him from harm. It is delightful to watch and is a guaranteed favorite for many fans.

Third on this list is “Zero no Tsukaima” featuring “Louise Françoise Le Blanc de La Vallière,” one of the best tsundere characters in anime.

She studies at Tristain Academy, a prestigious school for magicians; however, she cannot cast magic properly. Due to a summoning gone wrong, Saito Hiraga appears.

Now, while one might think of this as the perfect setting for “love at first sight” tropes, tsundere Louise instead treats him as a slave. However, with new rumors about a powerful familiar, things start to get complicated.

For many fans of tsundere type characters, Toradora is usually the show that first introduced them to the concept.

Despite featuring a typical fists-before-words kind of character, somehow, it manages to form a delicate balance between adorability and annoyance.

The story revolves around Ryuji Takasu, a gentle guy with a scary face, who is avoided by people. His paths cross with Taiga Aisaka, a short, yet unexpectedly strong girl who lives next to him.

As he starts to take care of her, Taiga’s rude and selfish side starts to melt away little by little. This anime is a must-watch for all fans of romance animes featuring tsundere characters.

READ:  Is Toradora! worth watching? – A Complete Review

The best tsundere anime of all time is Kaichou Wa Maid-Sama. It is home to a fantastic romantic relationship, the chemistry between whom is god tier.

With a brilliant story and an even more satisfying ending, it is an unmissable show.

The story revolves around Misaki, the first female student council president of her school who catches the attention of a popular boy, Takumi Usui.

As he follows her around, he catches her, working at a maid-cafe. With this secret between them, Misaki is stuck with Usui and his company.

As school progresses, so does Misaki’s impressions about him, and we finally see this tsundere girl open up about her feelings towards Usui.

Without a doubt, Kaichou Wa Maid-Same is the perfect example of a tsundere anime and deserves the first place on this list. 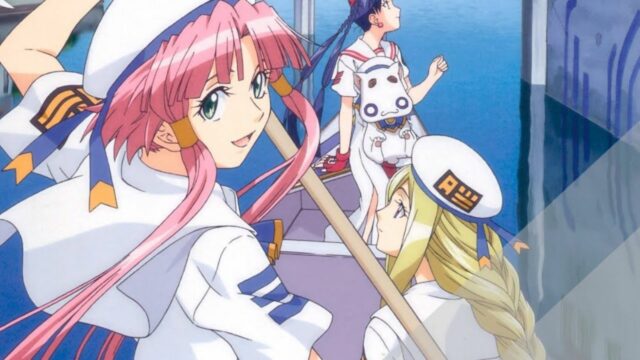