“Hey, you. You’re finally awake. That was a pretty nasty fall you had.

Pandemic? Social Distancing? Racism? Get it together man, you have to banish the dark magic.”

Imagine waking up to this after a small nap between your exhausting office work. Going through this same situation, Sei, a 20-year-old office worker, gets isekaied into another world as a ‘saint.’

Taking the fact into account that she did not get hit by Truck-kun, will this reincarnation without his blessing be for the best or worst?

Following Sei’s journey as she explores the new world to find an answer, The Saint’s Magic Power is Omnipotent is the magical fantasy series needed to curb your anxiety of getting hit by Truck-kun.

The TV animation adaptation of Yuka Tachibana’s The Saint’s Magic Power is Omnipotent is set to premiere on April 6 this year.

The show will air on BS11, MBS, Tokyo MX, AT-X in Japan. But to let the international audience also enjoy this fantasy anime, Funimation will be streaming the series as it airs.

Helming the job of bringing life to the light novel in the form of animation, Studio diomedéa has taken up this project, with Shota Ihata directing the animation and the author of Oregairu overseeing the series script.

The cast and staff working on the anime have been revealed previously.

If April 6 seems too far and you can’t wait to get into the series, but reading a light novel is too much of a hassle, a manga adaptation has also been serialized for the series since 2017.

With the artwork of Fujiazuki, the manga has been serialized online via Kadokawa’s website ComicWalker and has been collected in five volumes.

An isekai anime with a twist in the fate of the protagonist. Will The Saint’s Magic Power is Omnipotent secure a place up there alongside Overlord, Re:Zero and Shield Hero? Let’s find out in the upcoming Spring Season. 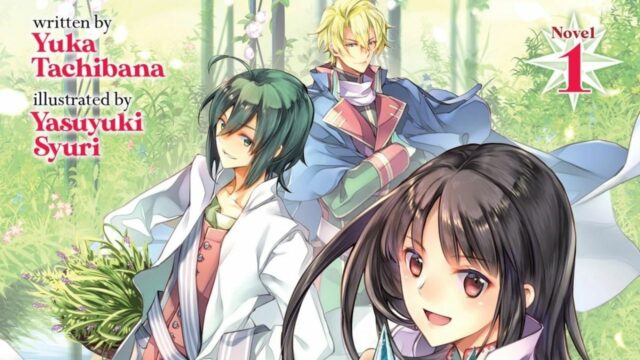