If someone asks me, “What’s so special about high school detective anime?” I would say that it shows us a school life that all of us dreamt of having at some point of time.

Sadly, it has been a while since the last time we got a high school detective anime. But don’t worry, Kadokawa might come up with the perfect series that we are looking for.

On Saturday, the official Twitter account for the anime adaptation of The Detective Is Already Dead revealed a second key visual.

The second visual for The Detective Is Already Dead is released!

It’s been a year since the death of the detective, in front of Kimizuka. He was completely immersed in the lukewarm water named every day, till a classmate, Natsunagi Nagisa, appeared.

The visual features the two main characters, Kimizuka Kimihiko and Natsunagi Nagisa, who are seen spacing out in a classroom.

Nagisa looks a little tensed, and she has placed her hand on her chest as if she is trying to listen to her heart. On the other hand, Kimizuka is as calm and composed as ever, with a dull gaze in his eyes.

The artist has focused on the minute details: the biology diagrams on the board and a class timetable can be seen in left corner, make the visual look much more realistic.

Last month, another key visual was released that featured Siesta, the detective under whom Kimizuka used to work. You can check the article below to find out more about the previous visual.

The franchise will release its next key visual on March 20, 2012. However, the exact release date of the anime has not been revealed yet, keep checking our site for the latest updates.

The 2nd visual has been released today, but we are planning to release the 3rd visual one month later on 3/20! There will also be a Raspo stage in March, so please look forward to it!

The story will follow the misadventures of Kimizuka, a high school boy who ended up as an assistant detective of a world-famous detective, Siesta.

Together, they took down criminals and saved thousands. He gained much popularity and lived beyond his wildest imagination. But things changed when Siesta died, and that shut him down completely from his detective life.

The anime series will mainly focus on how his new classmate, Natsunagi Nagisa, takes him out of his depression and brings him back to the detective field.

The series won’t exactly be a crime-thriller; rather, it will blend rom-com, mystery, and slice of life genres. I really loved the original light novel and am excited to find out if the anime adaptation would be a hit or miss.

In the present day, Kimihiko tries his best to reintegrate himself back into a normal life. 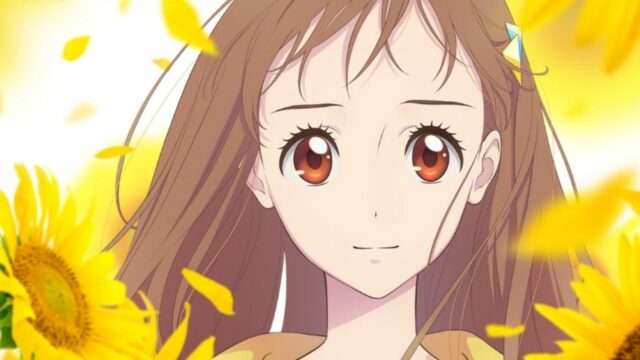