Through the franchise’s official website, Talentless Nana has announced that the television anime adaptation of the series by Bridge Studio is set to broadcast on October 4th, 2020.

Through its official Twitter account, A.I.R reiterated the news regarding the premiere date followed by a new commercial for the series.

In the commercial, we hear Nana narrating the mission of the characters in the series.

The 15-second video shows the faraway island where the preparatory school is established.

Nana mentions that the mission of the boys and girls at the preparatory school is to use their special abilities to prepare for the approaching battle against the “Enemies Of Humanity”.

The promotional video also reconfirms the premiere dates for the series across different broadcasting channels. Towards the end of the video, we are shown a suspicious text message.

The scene then changes to Nana jumping off of a height with Nanao trying to catch her but failing to do so. The last segment of the video cuts to the mysterious Kyouya’s grim face.

The Talentless Nana franchise recently released its second trailer for the TV anime series which is narrated by Nanao Nakajima. In this video, we learn more about the personalities of the main characters.

The anime’s protagonist is Nana Hiiragi who can read people’s minds. The other main characters in the series are Nanao Nakajima and the mysterious Kyouya Onodera.

Following is a list of the crew involved in the anime:

The opening theme song for the series is “Broken Sky” performed by  Miyu Tomita and the ending theme is “Called a monster” by Chiai Fujikawa.

Written by Looseboy and illustrated by Iori Furuya, “Talentless Nana” is a suspense manga that debuted in 2016.

In the future years, children with special powers are born, and they are trained to fight against monsters called “Enemies of Humanity.”

A special school located on a deserted island is used to train them. However, Nanao, a student with no ability, joins the school and throws the school into chaos. 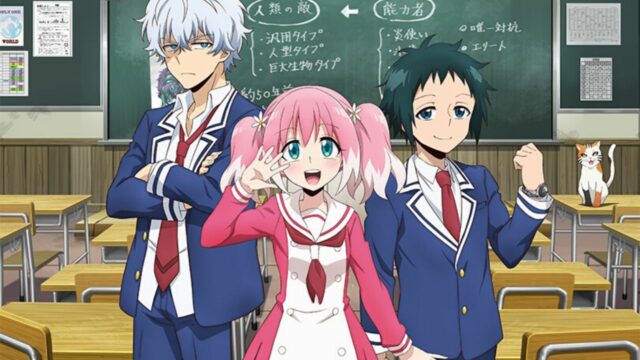